After a long time of wait, so many rumors and leaks, Huawei Mate 10 and 10 Pro have finally arrived. Both keeping all the glory from past Mate legacy, 3D glass bodies, Kirin 970 processor and the Leica powered cameras.

Apart from the similarities, the same Kirin 970, same Leica Dual 12MP RGB +20MP cameras and same 4000mAh battery. There some differences that made one stand like Huawei Mate 10 and another as Mate 10 Pro. 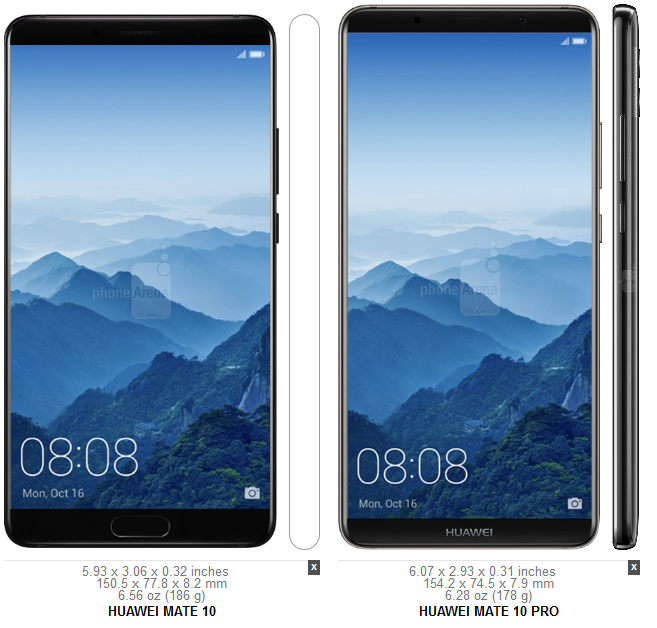 With main differences in the size, both Mate 10 and Mate 10 Pro, share similarities in design. The same 3d glass back, the stripe on the back and the same dual camera layout are found in both devices. However, talking about the display we’ll start to see the differences.

While the Huawei Mate 10 choose the safe route of a 5.9-inch 2560 x 1440 display, the Mate 10 Pro grow bigger with a 6-inch display 18:9 display resulting in a minor 1080 x 2160 resolution. If you’re not willing to jump in the 18:9 carriage, then the Mate 10 display is the best choice for you. The Mate 10 Pro surely sacrificed some resolution to follow the growing trend of 2:1 displays, the advantages of it? You can have more of your social media feed showing up in your 6-inch screen.

Another choice made was to completely remove the 3.5mm headphone jack from the Huawei Mate 10 Pro. So if you like to use your earphones while charging the phone, then the Mate 10 will keep the manner.

Lastly, the Huawei Mate 10 has an front home-embedded fingerprint sensor, while Mate 10 Pro has a rear mounted fingerprint. The reason? To not sacrifice some screen-body ratio on the taller Mate 10 Pro screen. 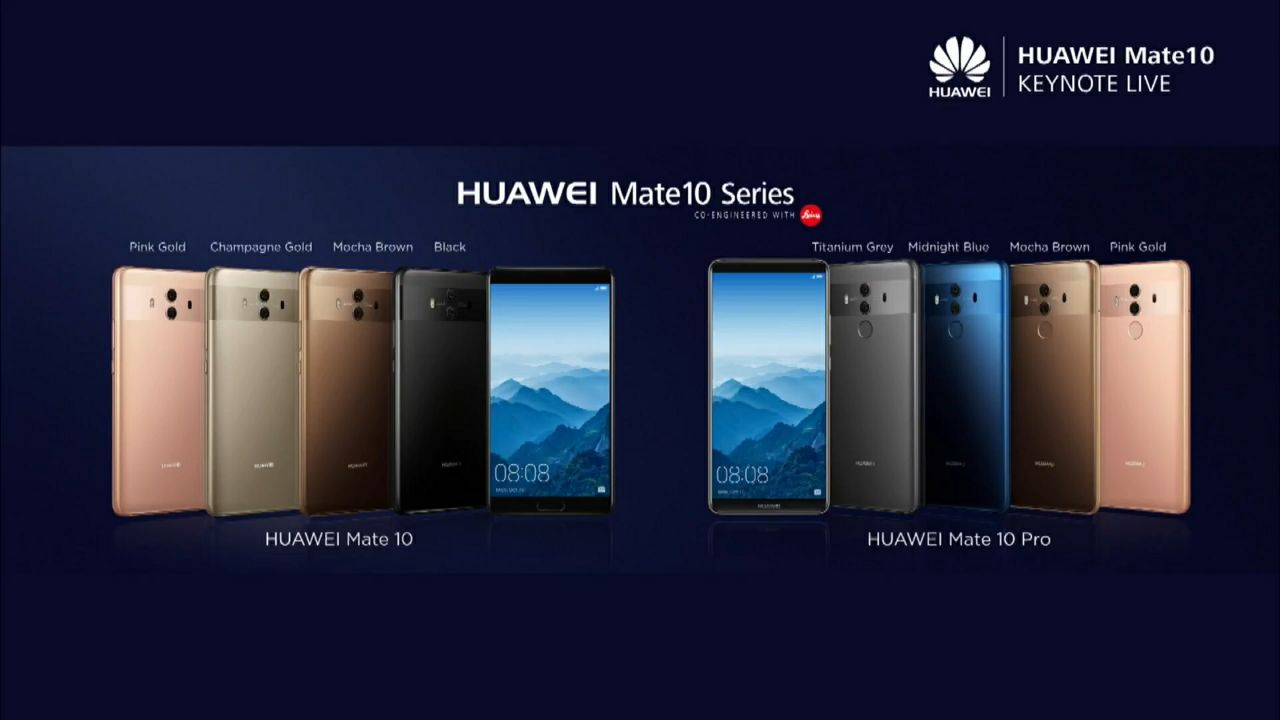 Now comes one of the most important factors when considering buying a phone. With all the pros and cons in mind, you can judge if a phone worth or not by its price. The Huawei Mate 10 will launch this month priced at 699 euros ($826), while the Mate 10 Pro will arrive in early November, priced at 799 euros ($944).

Apart from all the similarities, the listed differences can be a main factor for one considering a phone between the pair. Some will consider the higher resolution a decisive factor, while another niche will choose the 18:9 ratio above all. One wish to keep his sacred earphone jack in use while charging, another don’t think this is important, and finally, the price. Which one would you spend for? The Mate 10 or the Mate 10 Pro? Let us know in the comments section.

Next Xiaomi's yearly target for 2017 revised to 90 million?