Update: The image that leaked was fake, so the event of OnePlus is not associated to the launch of the OnePlus 5T. Fake then! 🙂

I guess the rumors were correct once more, don’t you agree? it had been discussed during the past weeks that the OnePlus 5 stock was seriously depleting and some other rumors suggested that OnePlus is preparing to follow the 18:9 display trend in their upcoming model- OnePlus 5T! 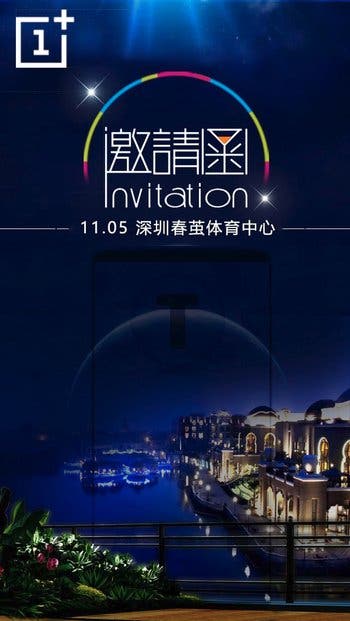 So things are more clear today, as the Chinese company started sending out press invitations for a November 5 event (set to be held in China), with the invite image featuring a phone outline containing a T in it.

I guess it’s safe to suppose that the event is for the next OP5 flagship, the one with the T letter of course. This seems to agree with all those info we had during the past weeks that the OnePlus 5 has reportedly gone out of stock across the world (except India, where it’s peak festival season currently), indicating the device is being discontinued.

So far there are no confirmed specs for the upcoming device, apart from the fact that it will feature a full display, with 18:9 aspect ratio – and that’s also a rumor at this time. 😉

Previous Giveaway #2! Double or nothing, you get the new Leagoo S8 Pro!