Current reports suggest that Google is working on a new Google Home smart speaker with a screen which is codenamed “Quartz,”. This device which will allow users to be able to watch YouTube videos, get directions from Google Maps, and browse the web was spotted in a routine teardown of the latest Google app (v.7.14.15). It will extend Google’s lineup which now features the Google Home, Google Home Max, and Google Home Mini. 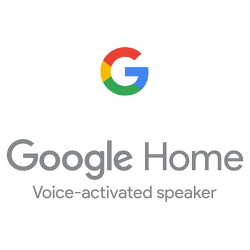 Amazon Echo and Echo Spot currently have screens. While the former comes with a 7-inch display, the latter has a 2.5-inch display and will launch on December 19th. Recall that last month, Google expunged YouTube from Echo because Amazon did not allow users to pick autoplay. This means that Echo users cannot subscribe to YouTube channels.

Presently, Google Home can be used for numerous functions which includes controlling of smart appliances, getting weather reports, news, sports scores, set alarms and timers and much more. The addition of a screen will only make this speaker more relevant.