We already know the Nokia 9 is in the works, and that it is going to be a premium phone with expensive tag.While we already have some renders and leaked images of the device, a new leak has surfaced again with a focus on the rear plate.

A careful look at the image below suggests the Nokia 9 will carry a dual rear camera with some bump around it.  A fingerprint sensor can also be seen below the rear camera. The camera bump could be there to allow room for a slimmer device or maybe could mean a more capable camera coming with the Nokia 8. 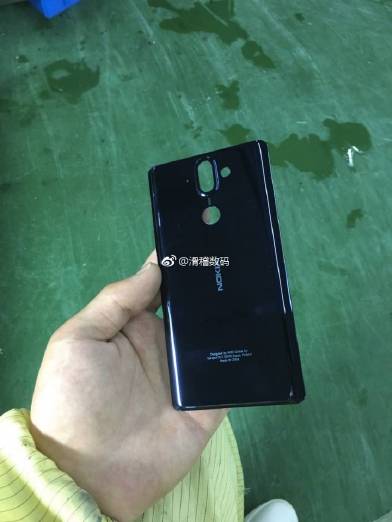 That is about all we can deduce from the leaked image for now.  The device has been rumored to have a 5.50-inch AMOLED display with 18:9 panel with QHD+ resolution and it is expected to go official in the first quarter of 2018 at €750.