With its official unveiling just around the corner (well sort of) on the 13th of November, the Oppo F5 is becoming more and more familiar to us. A new promo video of the upcoming device leaked yesterday as it appeared on Instagram, featuring Indonesian stars Chelsea Islan and Raline Shah, talking about their perception of beauty.

At the end of the video, the slogan “Capture the real you” appears along with the date November 13, which we are assuming is the date on which the Oppo F5 will go on sale.

After watching the video (Instagram link) we can be sure for most of the rumored technical specs of the device, mostly about its metallic built and its imaging features. We also know now that the model will be launched in 3 different variants: a standard F5, an F5 with 6GB RAM and another Oppo F5 Youth. 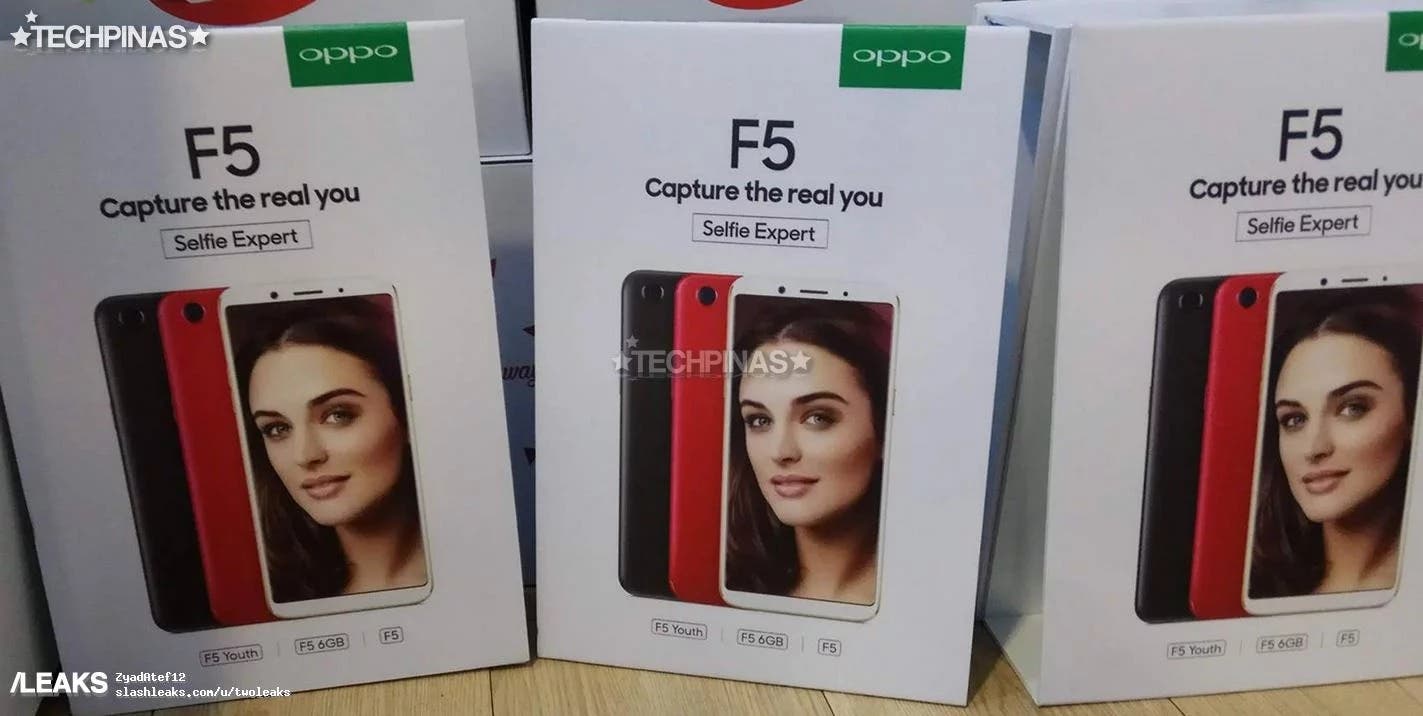 There will be a 16-megapixel selfie shooter on the back of the device, while the front will have a 20-megapixel camera, (but not for the F5 Youth edition).

But it wasn’t just the promo video that leaked yesterday, we also get to see the retail packaging of the upcoming model as you can see above.

Next Mysterious HTC device appears in TENAA, could it be a revamped HTC U11?