Bezelless is the buzzword for this year. Be prepared to only see such phones in this coming year and more. The KIICAA Mix is a super budget phone that almost anyone with a credit card can purchase.

However, being a budget phone that’s been around for a while, Leagoo couldn’t incorporate an 18:9 display on the device which we feel is a bit of a shame.

Anyway, let’s talk about that and more in the Leagoo KIICAA Mix review right here. 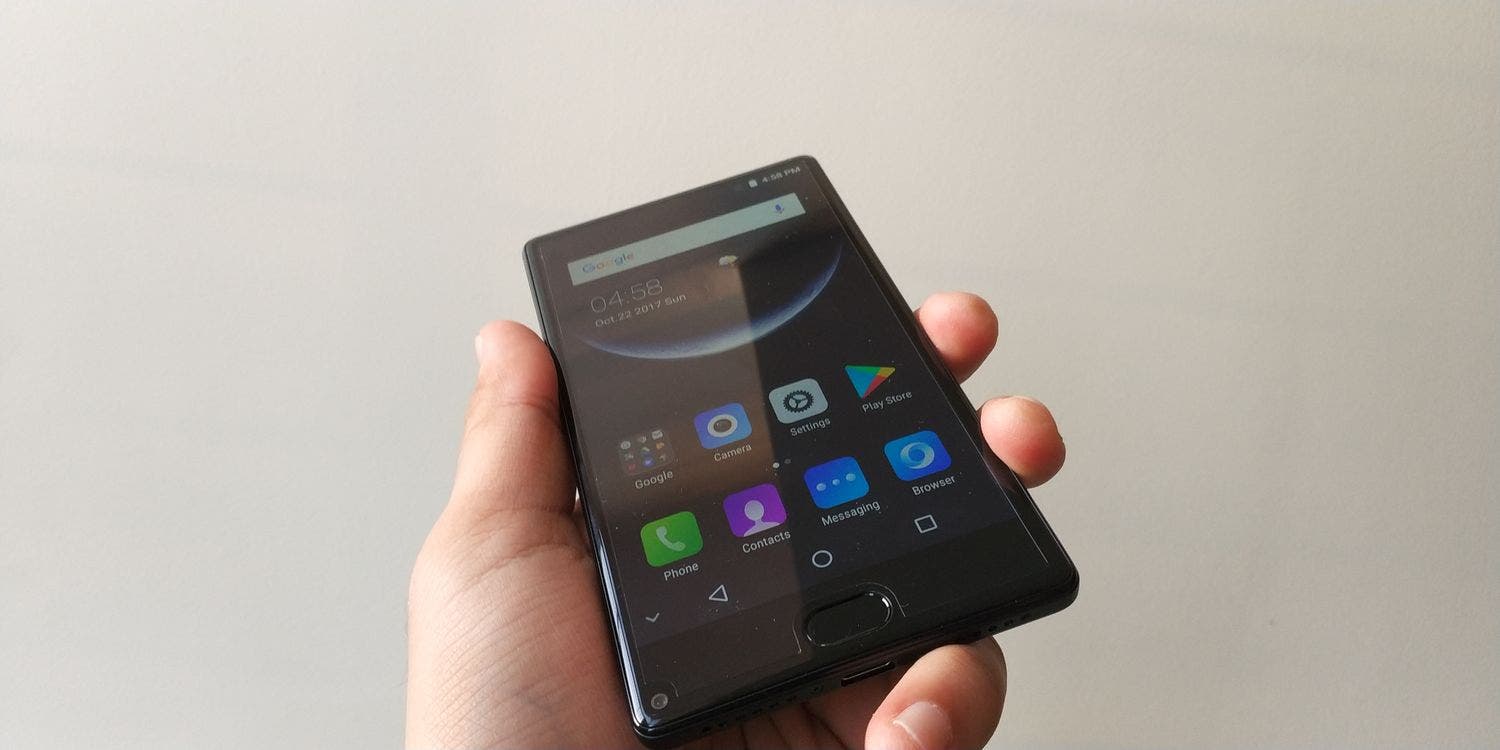 The Leagoo KIICAA Mix is really well built for what it costs. At the time of writing, the smartphone can be availed from most Chinese e-commerce sites for around the $110 mark, which isn’t much by any stretch of the imagination.

At its core, the KIICAA Mix is a rip-off of last year’s Xiaomi Mi MIX. But like mentioned previously, the phone doesn’t feature an 18:9 display.

The shift to 18:9 displays is going to be obvious, which is something that buyers of this phone will miss. Why? Because companies have managed to shrink bezels. This left them with two options: make the phone smaller with the same 16:9 displays, or change the display aspect ratio altogether.

Now, if phones with super-slim displays and 16:9 come out, they look rather odd because we’re used to holding slabs which are of a certain ratio. To fix that, companies moved to 18:9. Now content is going to be built for 18:9, buyers of phones with 16:9 are going to miss out on some. 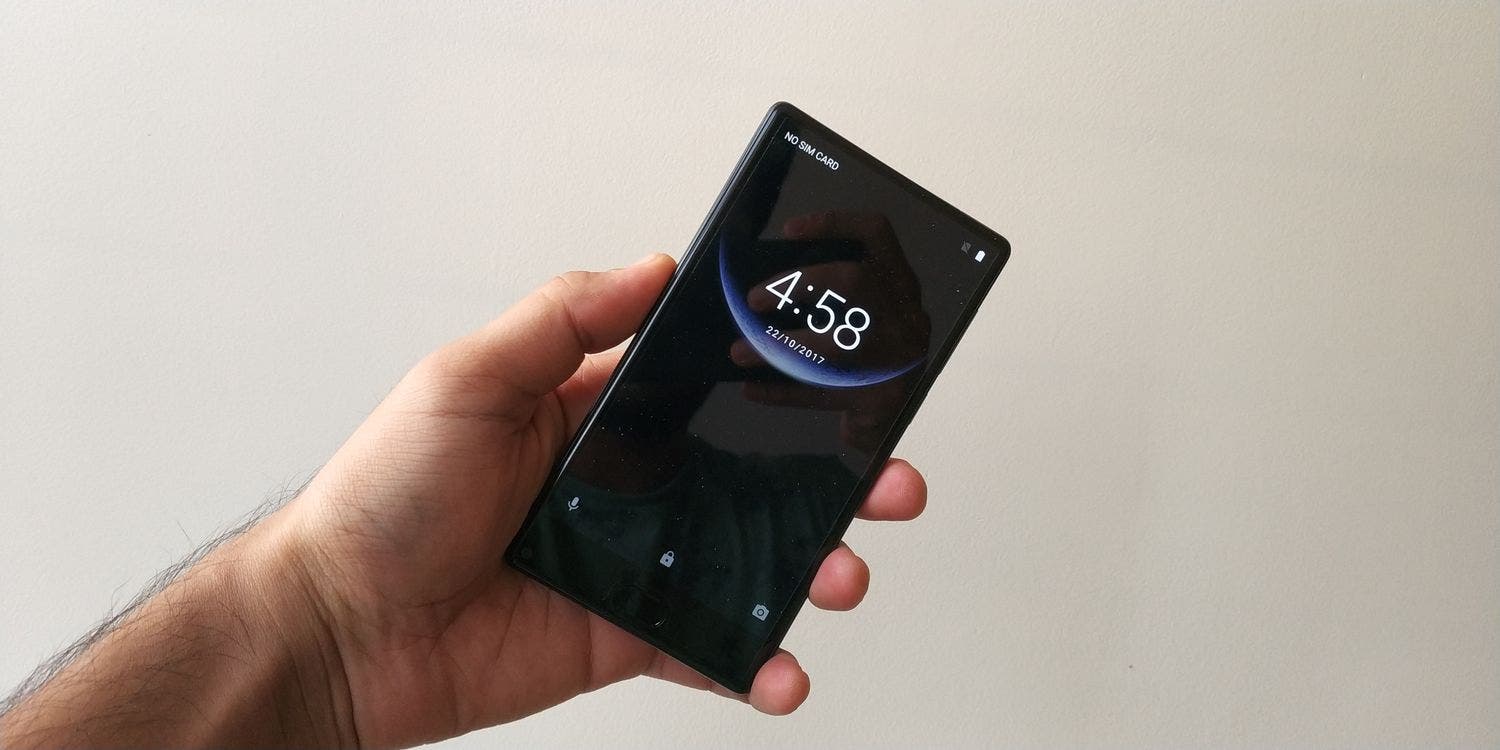 Anyway, coming back to the phone per se, looking at it as a budget phone standalone, it’s quite a good device with respect to build quality.

It comes with a body that’s not really squeaky and inspires a bit of confidence for what you’d have paid for it. The downside, there’s no battery that you can take out of the phone’s body. But is that a downside, really?

One thing that might not find a lot of fans is the front camera placement. Like the original Mi Mix, the KIICAA Mix features a front camera on the chin of the phone.

What this means is that you will have to flip the phone around to use the camera. While that is okay, the real issue is with app compatibility — you are bound to encounter issues every now and then.

The phone also doesn’t feature hardware capacitive buttons, which is again something you will miss having since it’s still a 16:9 display. More about this in the software section.

Let’s take a look at the key specifications of the smartphone:

According to specs provided on seller sites, the phone comes with a coat of Corning Gorilla Glass 4. Not sure how believable it is, but the phone does feel like something solid on the screen side.

Moving on to performance, MediaTek’s MT6750T handles tasks quite well. It is accompanied by 3GB of RAM which seems like a decent combo, and again something that you shouldn’t be too worried about after paying $110.

Moving on to the battery, we are quite impressed by what’s on offer here. The phone manages to provide over 4 hours of screen on time on a single charge with 4G on all the time. While this isn’t groundbreaking by any standards (the OnePlus One of 2014 offered over 7 hours), it is something that again doesn’t allow you to complain. 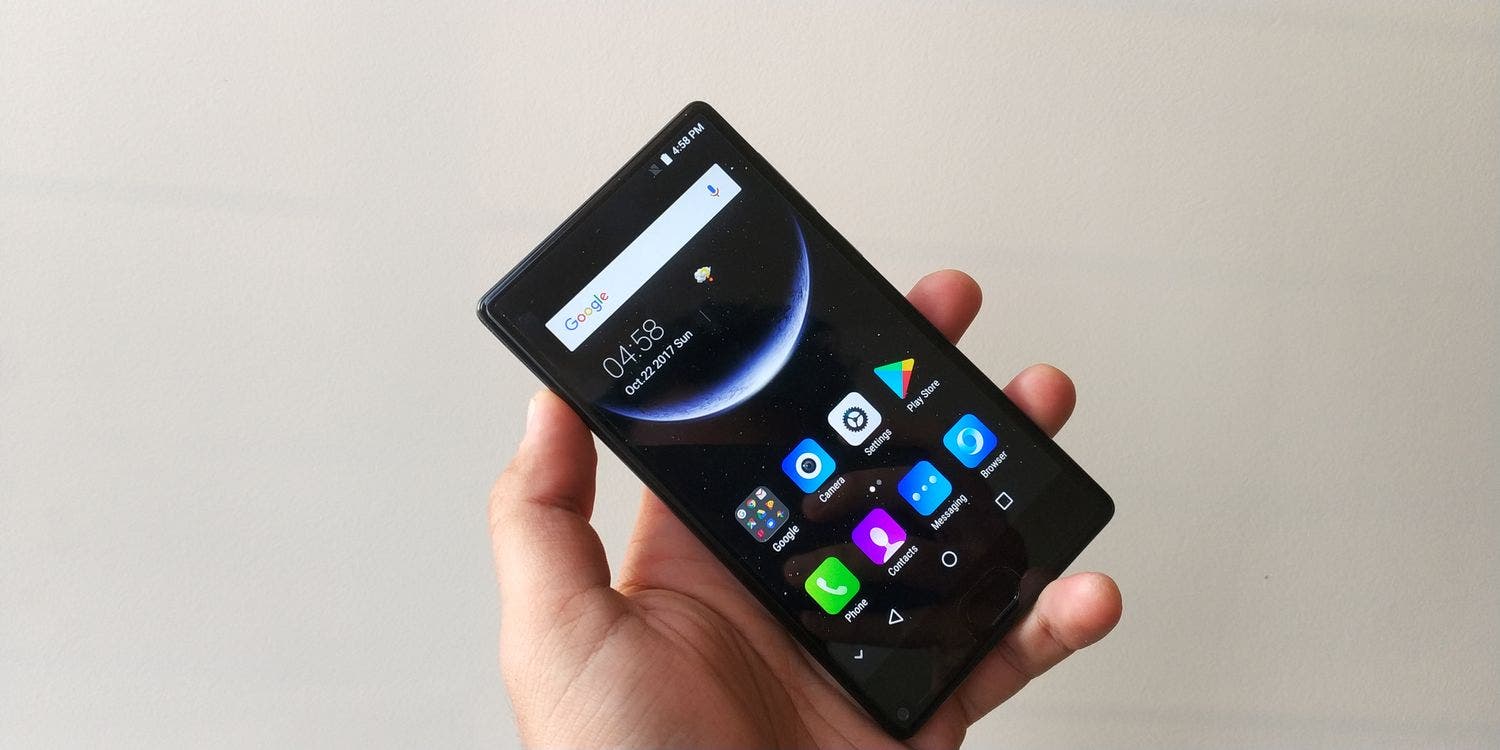 Worth noting is the kind of usage that was tested: social media, email, browsing, chat, and maps. Speaking of, we did have issues with the phone’s compass. It had a tough time deciding which direction it was headed, which caused issues during navigation. It still remains a mystery why a lot of makers skip adding a decent compass to save a couple of USD.

We’re quite impressed with the display, after the shortcomings that come with the aspect ratio. The device is super usable even in sunlight and thus pretty much anytime outdoors. Word is that Leagoo tried fitting an AMOLED display which didn’t really work out, which is a shame (because that would’ve been awesome).

Viewing angles are fairly good as well, and even using the phone on high brightness doesn’t affect the battery life a lot.

Surprisingly, the Leagoo KIICAA Mix does NOT feature a 3.5mm jack. From all we can imagine, this is something they’ve done only to make it a talking point — budget phones are supposed to have 3.5mm jacks, at least at this point.

Audio on the phone is doable, usable, manageable… yadda yadda. It’s nothing to write home about; in fact, many will probably miss having a good bass and loud enough audio. Maybe we’re being overly critical, but that’s that. 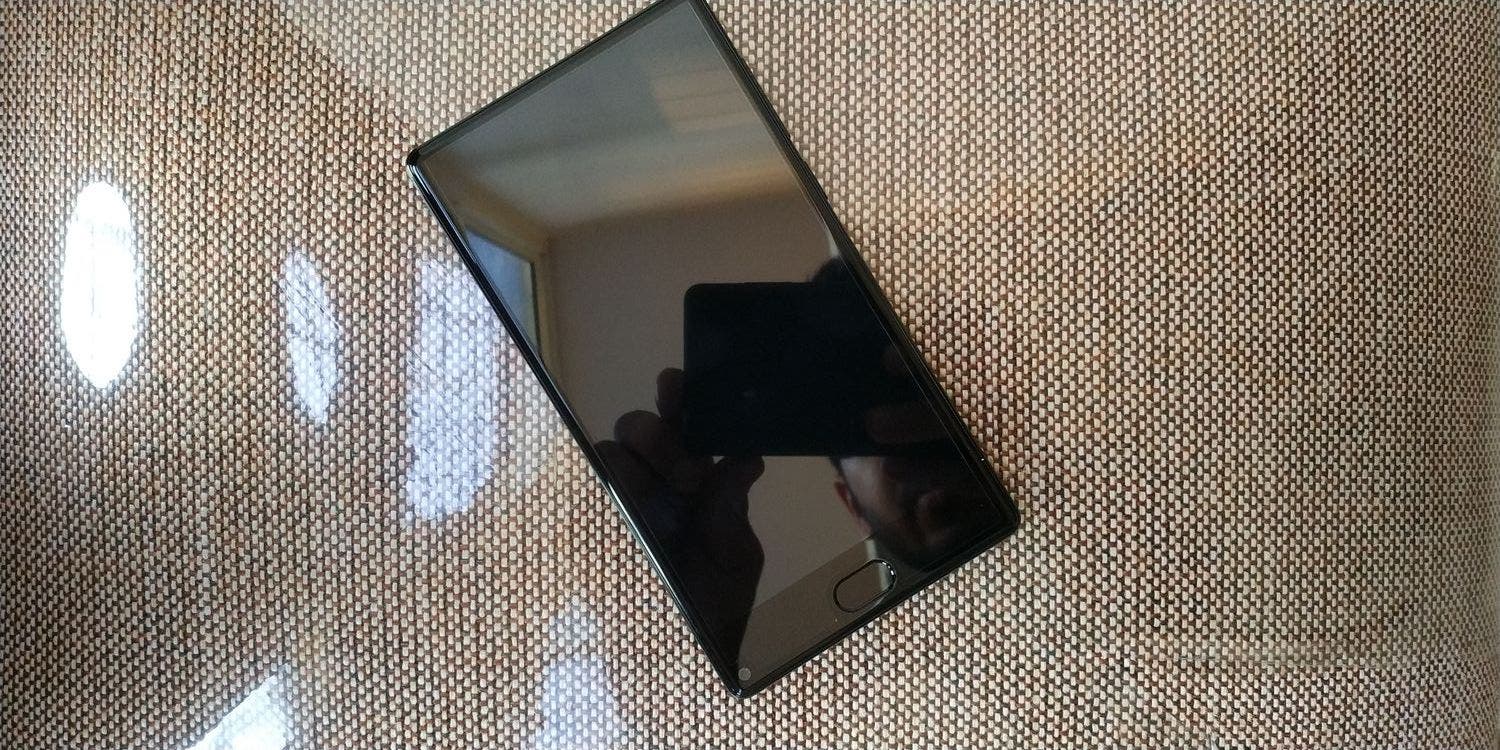 Essentially, the software on the phone is pretty much vanilla. Leagoo has, however, tried some basic skinning on the phone which thankfully doesn’t hamper the performance too much. We’re not sure how updates will work on the device, but we’re hoping for the best. Leagoo calls this ‘OS’ Freeme OS.

As mentioned in the design section, there’s no hardware back/recent apps buttons on the phone. There’s only one button that is the home button plus the fingerprint sensor area.

What this means is that you’ll have to make do with on-screen navigation buttons, which is honestly a bit of an inconvenience on a 16:9 display now that we have more 18:9 phones on the market.

Moving on to the fingerprint sensor, it’s blazing fast and super accurate. In fact, it’s already one of our favourites!

The phone comes with a 13 MP + 2 MP rear camera, which is supposed to be something that gets talked about regarding the phone. In our experience, it’s quite a decent camera, but only if you know what to expect.

Like most other budget phone cameras, the KIICAA Mix struggles in dark situations but is fairly decent during the daytime.

Have a look at some samples right here to get a better idea. 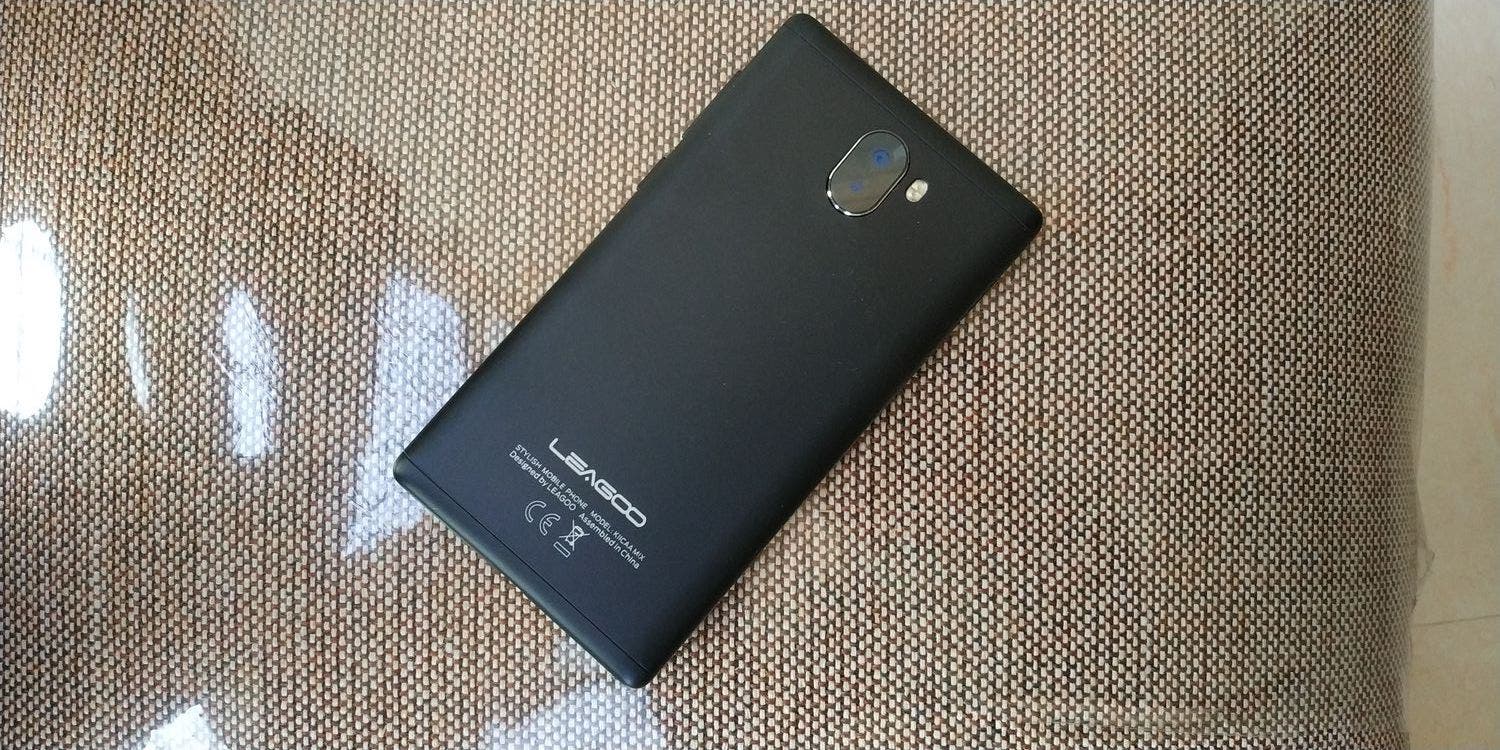 The Leagoo KIICAA Mix is a decent phone for what it costs. To expect it to rival the quality of Xiaomi (hardware- and software-wise) would be a foolish thing to do; like most other things about budget things, you need to know what to expect. Do not compare it to what it’s trying to replicate.

That said, Leagoo can build on what they’ve already made by providing good software updates and thus build an audience for their forthcoming devices. We would love to see a bit of innovation thrown in the next time around.

That’s it for now, feel free to leave comments down below if there’s anything you have in mind regarding the phone.

Previous Pre-orders For Nokia 3310 3G Begin In The US

Next OPPO R11s Announced In Style

Pre-order the twilight color OUKITEL U25 Pro for just $99.99