Oukitel has just announced that presales for their latest Oukitel K5000 will be kicking off on October 24th. The handset features a large 5.7-inch display with the trendy 18:9 display aspect ratio, a slim body, Samsung and Sony cameras and a dual curved design. The Oukitel K5000 will go on sale for $149.99, but what are you getting for that price? Let’s find it out in these 8 main selling points!

The Oukitel K5000 is equipped with a 5.7-inch display but given that it sports a 18:9 aspect ratio, the smartphone will feel smaller in the hand, around the size of a 5.5-inch traditional device with a 16:9 screen.

Oukitel are proud of having packed the K5000 with an HD+ resolution. Being more specific that’s 720×1440 pixels. Which should be enough for a 5.7-inch device while being more power efficient than let’s say a FHD resolution.

Surprisingly enough, the Oukitel K5000 comes with a super high res 21MP Samsung front camera and a 16MP Sony IMX135 rear shooter. This is kind of an unusual combo but both cameras should be able to snap pretty good images.

With a massive 5000mAh SCUD high-density battery, the K5000 is one of the better equipped all-screen smartphones. Battery life should be as good as it can get on a Mediatek SoC.

Powered by a MT6750T octa-core chipset, 4GB of RAM and 64GB of internal storage (expandable up to 128GB), the Oukitel K5000 will be able to run pretty much anything you throw at it, more than enough RAM for multitasking and storage to keep all your favorite apps, music and movies.

According to Oukitel, the K5000 is equipped with a super quick fingerprint scanner. We’ll be able to confirm that once we get our hands on the device.

Last but not least, another important selling point is the smartphone’s design. The Oukitel K5000 does indeed feature a sleek looking dual curved body, both on the back and front of the phone. With a 2.5D curved display, a CNC machined metal frame and a 3D glossy back cover. On paper, it should look like a really premium device. The Oukitel K5000 will be available in 3 colors: Brilliant Blue, Jet Black and Champagne Gold. 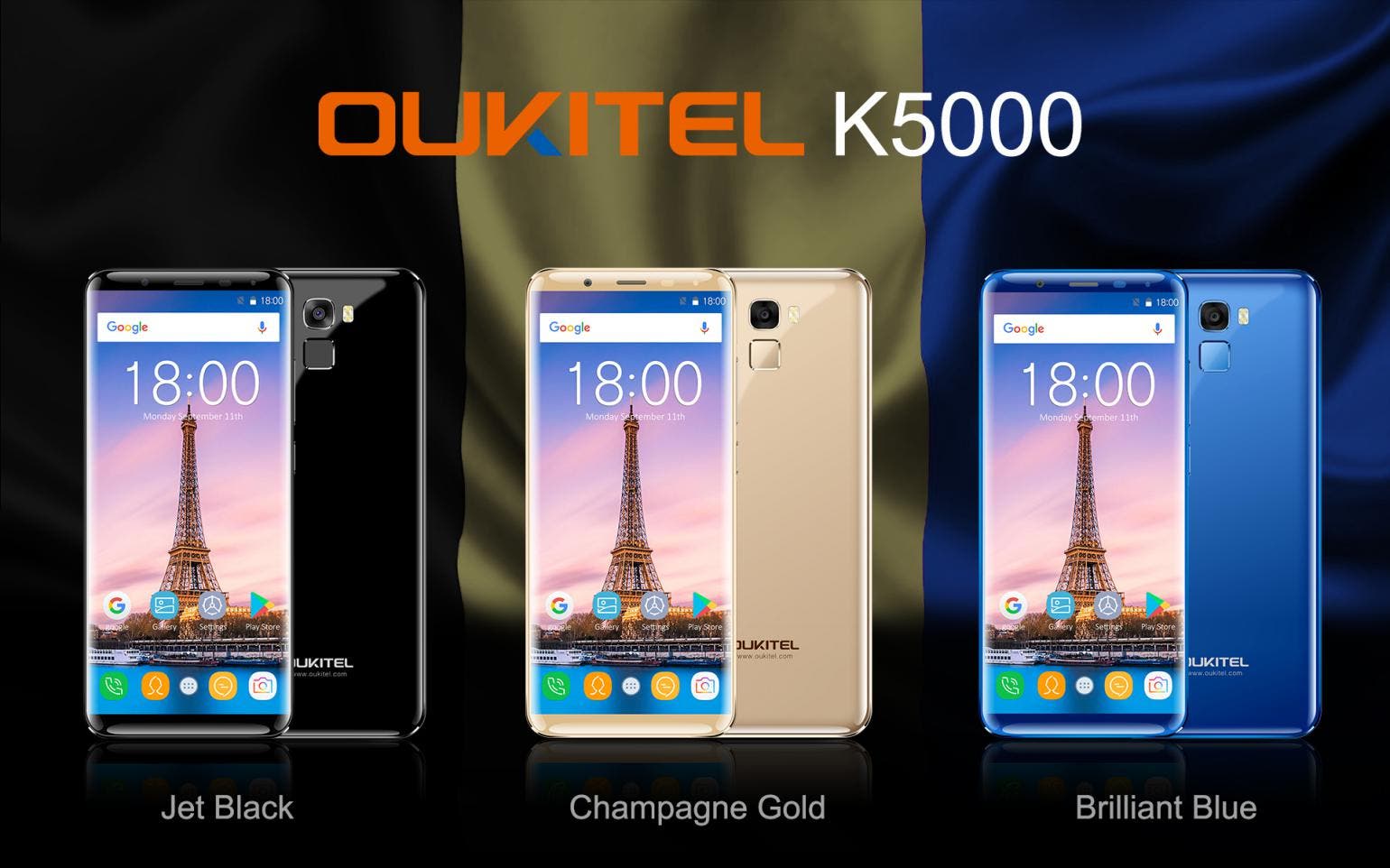 Below we can have a look at a first real hands-on video.

Oukitel K5000’s presales kick off on October 24th and end October 31st at only $149.99. At the same time – to celebrate the presale of K5000 – Oukitel is holding several giveaways on their official Facebook page, Twitter and VK group. Learn more about the smartphone over here.