There is a lot of discussions about which “kind” of Android is the best for a phone. Some will prefer the known skinned ROMs which offer a bigger variety of features and different visual, while others prefer Android exactly like Google does.

While OEMs main intention with skins is to differ, there is a parcel of guilty for Android fragmentation. With that in mind, Google has choose some partners to put forward its Android One Project. One of the first was Xiaomi, which turned their good Mi 5X in Mi A1, same device, vanilla Android.

Android enthusiasts received the Mi A1 with bells and whistles, running Android 7.1.2 and with Oreo update coming soon. Just a few weeks after Mi A1 release, the developers in XDA managed to port its firmware to Mi 5x. Now, its time to another phone, this time from Redmi family, receive a Mi A1’s port. 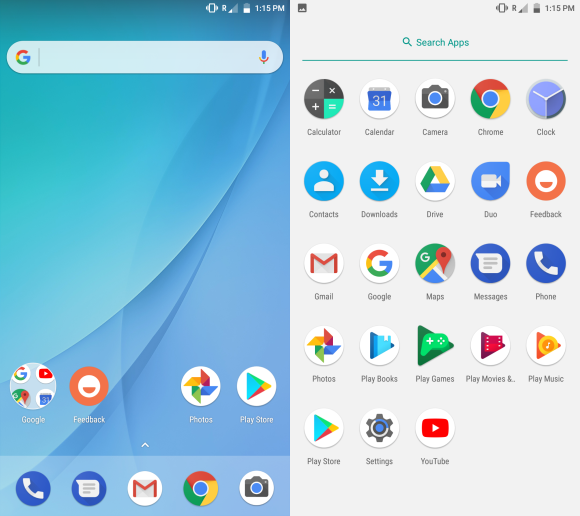 The XDA senior developer GLokin666 managed to port Mi A1 ROM to the latest Redmi Note 4/4X aka Mido, the Snapdragon 625 variant. However, there are some small annoyances for those aiming to install the port. According to the Dev, some stuff still needs to be properly ported and adapted to the Redmi Note 4. It was easier for the Mi 5X, as it was the exact same device, but apart from Processor there are some differences in Note 4.

The ROM does not bring any custom feature or add-on that you would find in some known Custom Roms. Tried Mi A1? It’s exactly the same Nougat Stock Android. In the case you don’t like MIUI you can try this one, but be aware of it Alpha state.

For now, between the present bugs, are the lack of some Camera features. Also neither Fingerprint Sensor or Infrared are working in the moment. According to GLokin666 the ROM is stable enough to be used in a daily basis, but if you consider the present bugs as dealbreaker, is better to stay away for while.

The developer states that is working hard to fix all the remaining bugs. Got your interest in the port? Head to the XDA link and check instructions to how install it in your Redmi Note 4/4X.

Next Azdome DAB211: Five Reasons why you should buy this Car Dash Cam