The Chinese manufacturer, Vivo is having a busy month with plenty of devices showing up in TENAA and the launch of Vivo X20 on October 28. Now according to recent leaks, there is another project going on in the underground.

A Chinese tipster at Weibo revealed some leaked photos from a Vivo Xplay7 internal presentation. The shots give us some idea from the device design and come followed by some additional info about the internals. 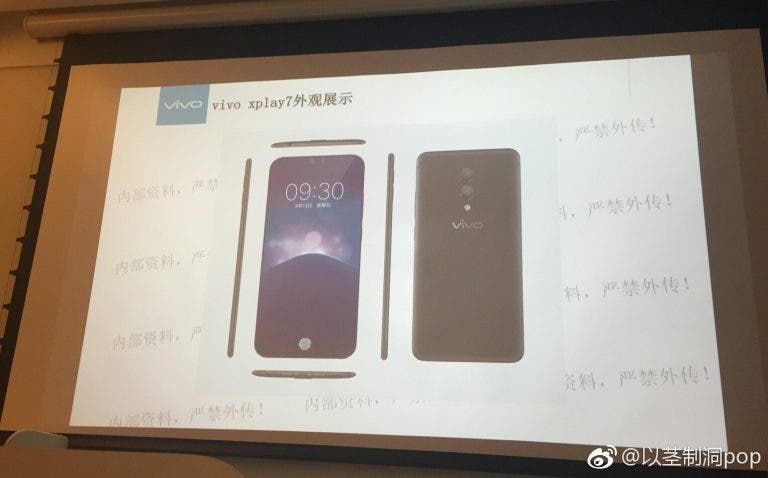 As you may see in the picture, the Vivo Xplay 7 will follow the 18:9 trend, but going even deeper in the “full-screen” term, with a nearly 100% screen ratio. Seeing how the bezels are thin, is hardly to believe if this is really achievable, and looking to the front cameras that goes engraved in the display, resembling Essential Phone solution, we can really see that sacrifices have been made in order to reach this full screen. 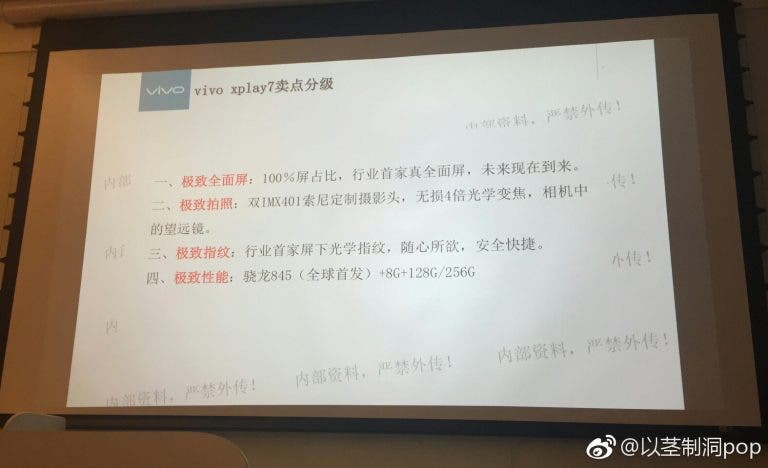 The same source says that device will come with dual Sony IMX401 sensors with OIS and Optical Zoom. The device also may be the first handset to come equipped with the Snapdragon 845. However it may in fact not be the first, but one of the first, that because Samsung can basically do the same move of last year, taking advantage of chipset manufacture and getting exclusivity of all the first shipment. Alongside the processor the Xplay 7 is rumored to come with 8GB of RAM with 128GB or 256GB storage options.

One of the interesting facts is that Xplay 7 can be in fact, the first handset to come with a under display fingerprint sensor. We already saw Vivo teasing this technology, and we are very excited to see if the Chinese will be the first to launch a handset with it. 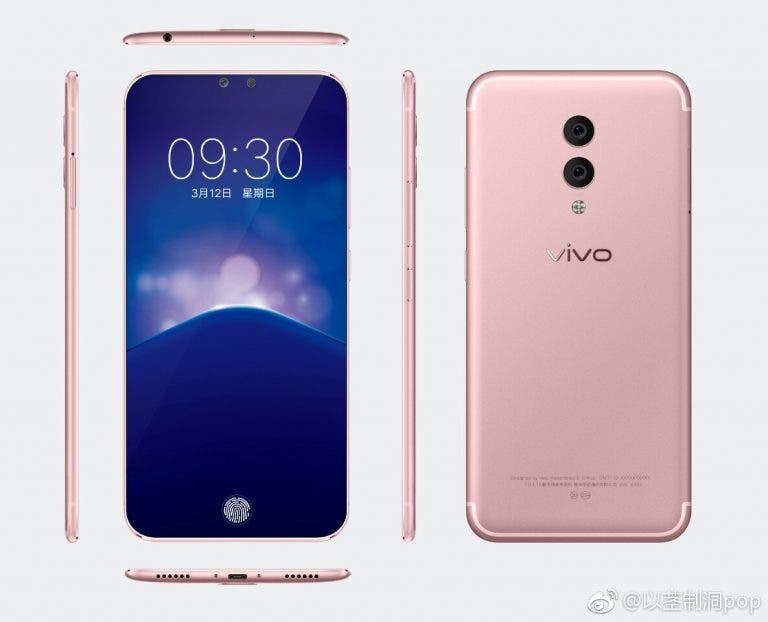 While those news can be very exciting for Vivo’s enthusiasts we advert you to take this with 2 grains of salt as there’s no concrete proof of Device arrival and features until now. However we are quite happy to see the first round of rumors coming up. The Vivo Xplay 7 is reportedly to come early in 2018 in three color variants, Gold, Black and Pink.

Next OnePlus 5T: have a look at this realistic concept video