The Samsung Galaxy A7 has popped up on Geekbench with the model number, SM-A730F revealing some key specs of the smartphone. 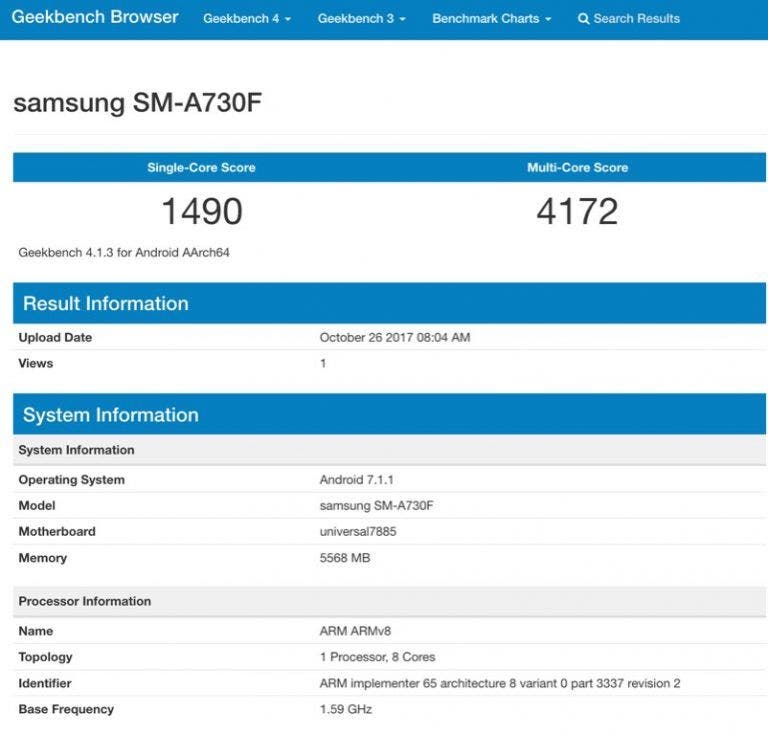 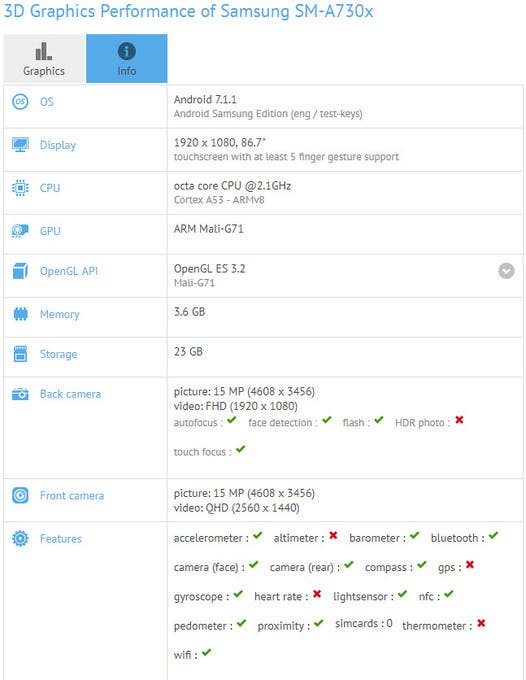 Earlier, about 3 months ago, the Galaxy A7 had popped up on GFXBench under the name SM-A730x. The listing gave an overview of the specs of the phone which are similar to those that have been spotted on Geekbench. There is no word on the screen size on both the listings, but the GFXBench listing puts the resolution at 1080p. Other features revealed were the camera specs, with the back sporting a 16MP and the front sporting a 16MP snapper too. There are a few differences in the listings, but that’s not an issue since these phones might not be the final product.

There have been a few reports that have shown the renders of the Samsung Galaxy A7, which show the display as having an 18:9 aspect ratio. There is no word from Samsung regarding the Galaxy A7, so wait and watch this space for more!

Next Under-display fingerprint scanner for the Galaxy S9, not a possibility