There is no questioning the fact that the Galaxy S8 for the most is a huge upgrade over the Galaxy S7, but the decision to place the fingerprint sensor at the rear obviously didn’t go down well with fans and reviewers alike. However, rumours making the rounds in the past couple of weeks suggested that Samsung is reportedly working on an optical or if you like under-display fingerprint recognition technology that will enable it to integrate a fingerprint sensor directly under the display. This report dates back to pre-galaxy S8 release, but like we all know it never came to reality.

Well, a fresh report emanating from China suggests that the under-display fingerprint technology is just at the moment not feasible and that the Galaxy S9 will not come with an optical fingerprint sensor. If that is true, then Samsung may be left with few options, first it may have to ignore complains from fans about the rear placement by sticking with similar S8 placement or it may just have to figure out a new location.

Alternatively, Samsung may decide to go the way of the essential phone or the iPhone X by creating a small notch at the bottom where the fingerprint can reside. Samsung already filled a patent to that effect. The patent if granted will allow Samsung build a small notch/recess into the bottom of the Galaxy S9 and possibly the Note 9 that will house a small super-fast fingerprint reader.

There are also rumours flying around that suggested that Samsung is planning to improve its facial recognition technology to a point where the fingerprint scanner will no longer be a necessity. 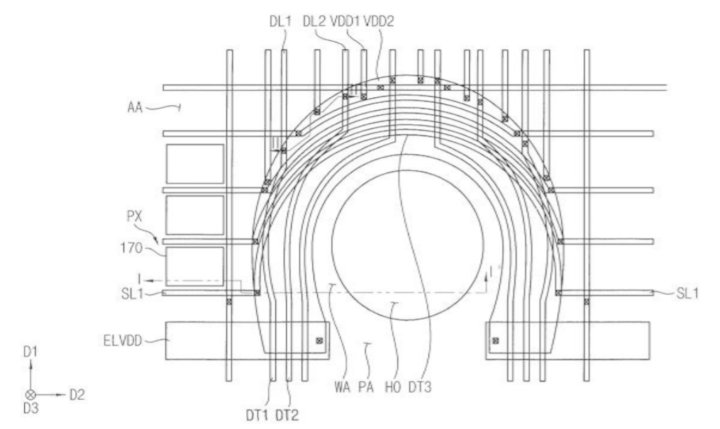 Rumors and news about the upcoming Galaxy S9 have only just started pouring in, we still have a long way to go till a concrete position can be reached on what the device will bring to the fore. The device is as of now however tipped to come with a 5.8-inch Infinity Display, a Snapdragon 845 CPU and 6GB of RAM.

Previous Samsung Galaxy A7(2018) makes an appearance on Geekbench

Next OnePlus 5T hands-on photo pops up on Weibo! Carl PEI hints towards imminent launch by posting a teaser