A current survey by app analytics platform, App Annie, shows that in the third quarter of 2017, over 26 billion apps were downloaded by Android and iOS users between June and September. This value which represents 8% increase considering previous years only shows new downloads and excludes updates or reinstalls. 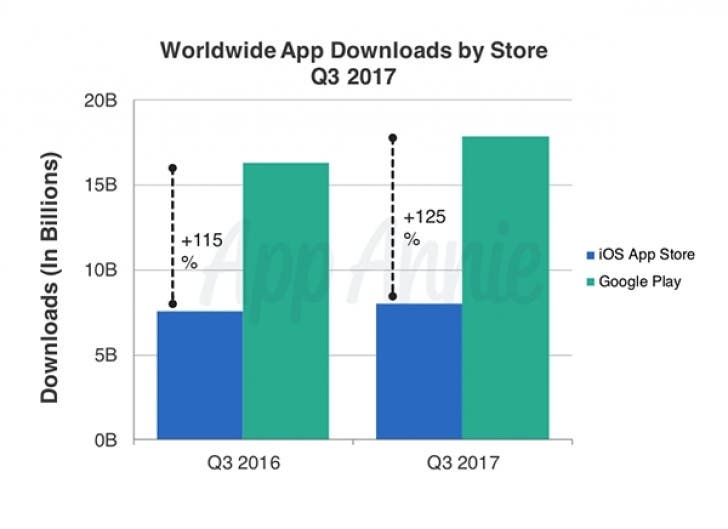 The report also states that there was a 40% increase in the hours spent on Android apps as nearly 325 billion hours were spent on Android apps. App Annie tied this usage increase to India and its environs. It said that the likes of India, Vietnam, and Indonesia have been experiencing double-digit growth rates since the launch of Reliance Jio and their LTE network in 2016. 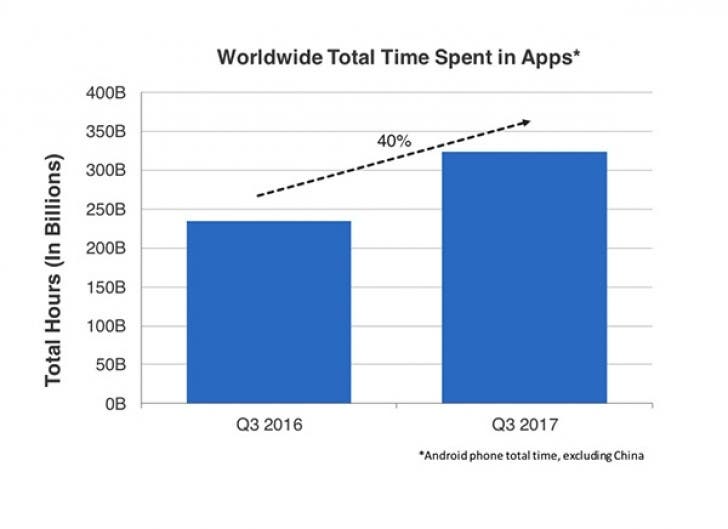 As for iOS apps, Q3 iOS app downloads increased 8% YoY. App Annie’s explanation for the spike in iOS usage was loosely tied to the eased restrictions on messaging apps in Saudi Arabia and it expects further app growth in the country. Recall that the primary markets for iOS devices are still China, the United States, and Saudi Arabia.

Both Android and iOS App Stores reached a remarkable 25% growth as users spend $17 billion in both stores, with $11 billion of them on the iOS App Store. Expenditure on apps will surpass $100 billion in less than five years, App Annie forecasts.

Previous Oppo R11s Will Use AI For Improved Selfie Performance

Next OnePlus 5T teaser poster leaks, get ready for November 16