Today, Xiaomi officially announced in Indonesia that its new smartphone, Xiaomi Redmi Note 5A, is now available in Indonesia and it is exclusive to the online Jingdong Mall as well as the Xiaomi Mi Stores in the country. 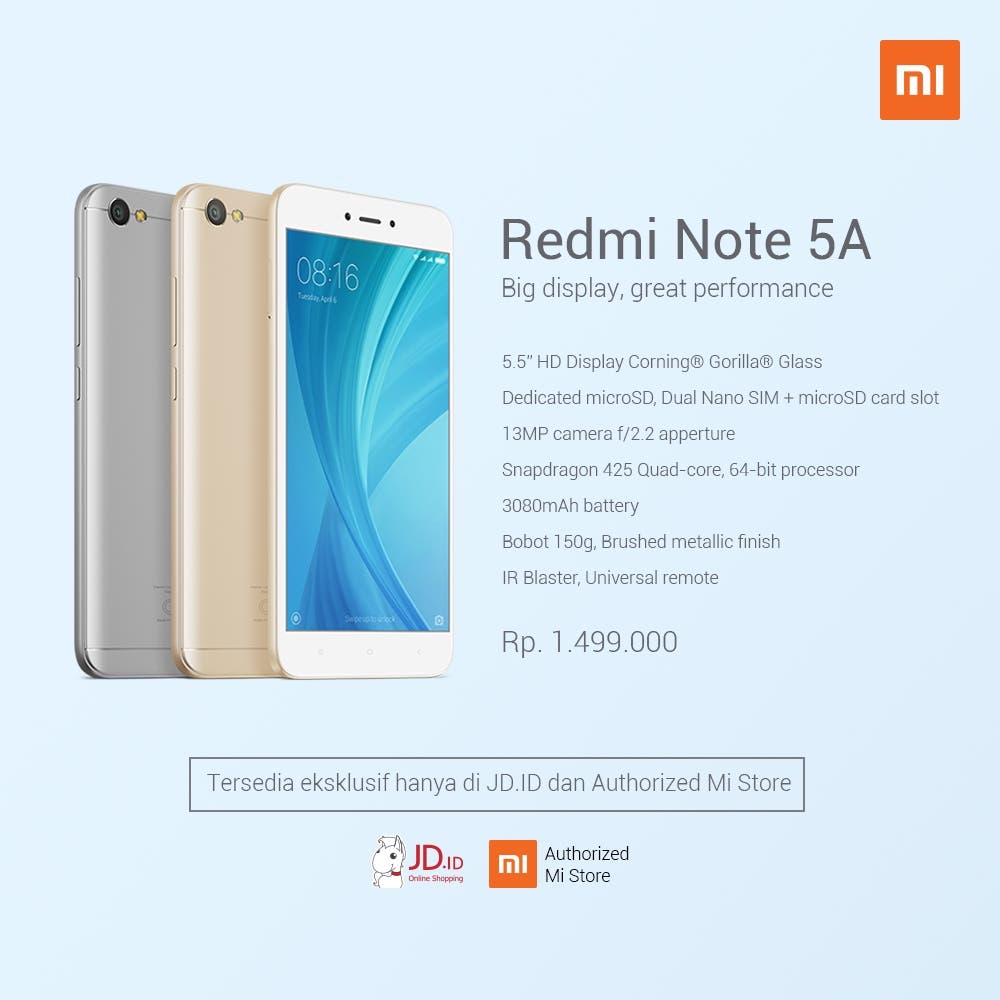 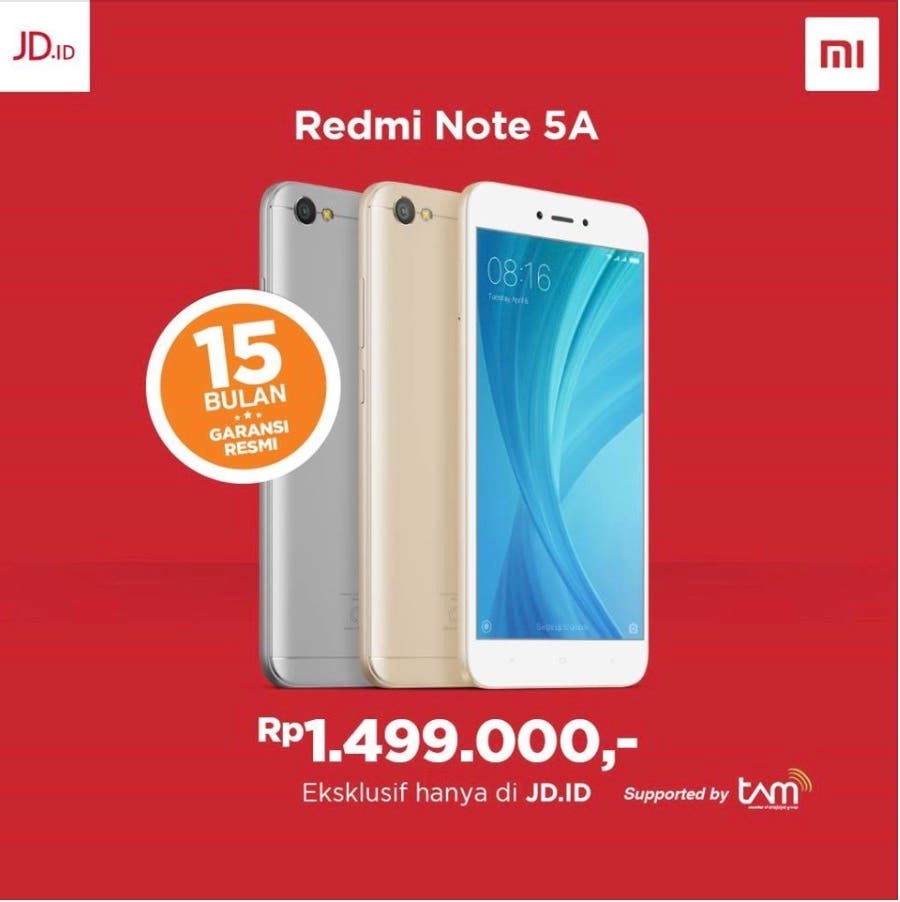 The Xiaomi Redmi 5A is a budget smartphone which has a brushed metallic finish and weighs only 150 grams. It is powered by a Qualcomm Snapdragon 425 Quad-core 64-bit processor and it is equipped with a 5.5-inch 720p HD display (Corning Gorilla Glass). It has a dedicated micro SD card, dual nano-SIM, and a microSD slot. In the camera department, this smartphone comes with a 13MP rear camera with f/2.2 aperture and the lights of this phone are kept on by an average 3080 mAh battery.

Xiaomi Redmi Note 5A is currently priced at 1499000 Indonesian rupiahs which translate to about $111 dollars.