The Russian iPhone Customizer company, Caviar, strikes again. This time the guinea pig was nothing else that the very new iPhone X.

Earlier this year, the company took a ride in the memes generated by Donald Trump as United States president. At the time the iPhone 7 won a whole new gold plated back with Donald Trump or Vladmir Putin portraits engraved. 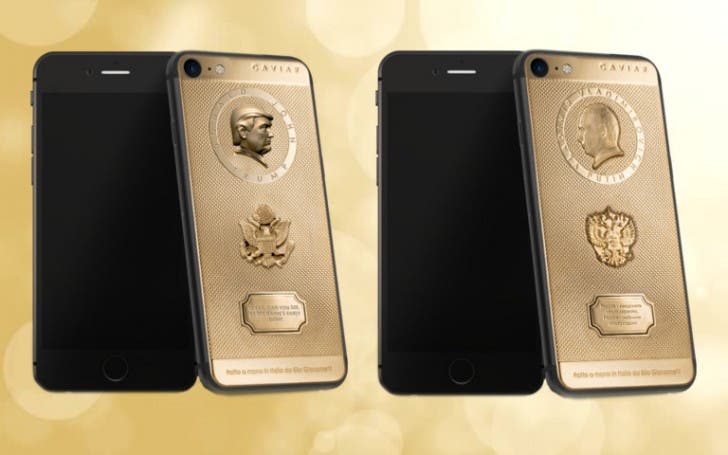 This time Caviar goes even more deep with a custom Tesla iPhone X bringing a whole functional solar panel on its back. According to the company, all you need to do in order to get some solar juice is leaving your phone laying on its face. The panels placed at the back will start to gather the sunlight and convert it in energy to charge the handset. Magic? No, Science. To fortify this sentence, Caviar says that this model is a gift to the revolutionary minds of Nikola Tesla, Steve Jobs and Elon Musk.

Apart from the rear solar panel, the handset also has PVD coating and shockproof plate, Caviar also added a gold plate next to the dual-cameras. The company also replaced the glass finish for a Titanium build. The camera gold plate combined with the gold rims in the border sums in totally 24K of gold.

if you by any chance got your eyes on this Solar powered iPhone X, than its better to take some breath and prepare your budget. The modded phone will start at $4,445 for the 64GB variant. If you don’t want to run out of storage, the 256GB variant will have a $4,700 price tag. Judging the price difference, the willingness to invest on this, and by the surpassed $4,000 barrier, better to take the 256GB variant.

Worth nothing to mention that is the second time Caviar customize an iPhone X. In September the company brought up an iPhone X with a Meteorite based build.

Next Qualcomm sues Apple for giving classified information to Intel