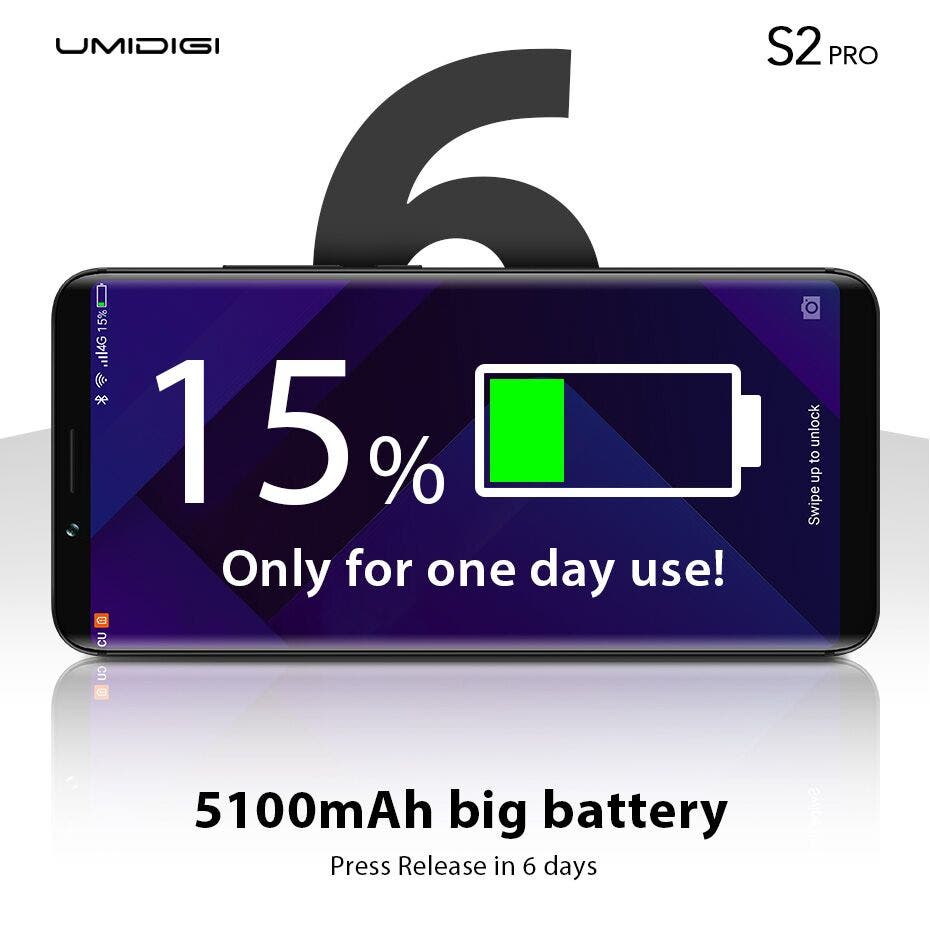 As we just mentioned, today’s focus is on the battery the S2 Pro will pack. The company indeed released the image above which let us know the smartphone will pack a large 5100mAh capacity battery. This capacity amount is yet unseen on similar phones with the trendy 18:9 display aspect ratio and slim top and bottom bezels. That means the UMIDIGI S2 Pro might actually be a really successful device, assuming it delivers on everything it promises.

In addition to that, the image also suggest you can potentially get a full day of autonomy from just 15% battery. We really hope that’s true and we’ll be checking it out when we get our hands on the unit. As far as the “Secret Hyper Tech” goes, UMIDIGI did not actually release any details about it, so we can only wait for now.

From previous rumors we also know that the S2 Pro will be sporting large 6-inch display a full metal body, inside which we’re most likely going to find a Mediatek Helio P25 CPU, a whopping 6GB of RAM and 64GB of internal storage. The handset should also feature a dual camera setup on the back composed of a Sony 13MP main shooter and a 5MP secondary.

We’ll learn more about the UMIDIGI S2 Pro on November 8th, when the company will finally launch the phone, that’s less than 6 days away! More info will be available on UMIDIGI’s official website.