We reported last week that the SM-W2018 is now undergoing testing, now, the device has surfaced in the flesh for the first time, an indication that we might just be inching closer to a release date. Though there are no specs accompanying the leaked images, a closer look at these images below hints at a premium flip phone.

From what we have below, the front of the device is predominated entirely by the outside touch screen display. The side bezels are almost not in existence, there is a chunk of it on the top with Samsung’s logo, a front camera, while the chin appears to be all screen with a tiny line of frame. One of the images reveals a beautifully crafted rear with a Gold colored hinge at the top, a single rear camera with dual LED flash and what appears to be a fingerprint scanner by the side, placed in a manner similar as the Galaxy S8’s fingerprint arrangement.

These leaked images in terms of design corroborate previous reports that suggested that the SM-W2018 will launch as a flagship-level device. It’s expected to come dual 4.2-inch Full HD display- one on the outside and one on the inside and will be powered by a Snapdragon 835 processor alongside a 6GB RAM and 64GB storage. It is also tipped to come with a 12-megapixel rear and 5-megapixel front camera, a 2,300mAh battery, while it will, unfortunately, boot Android Marshmallow out of the box. 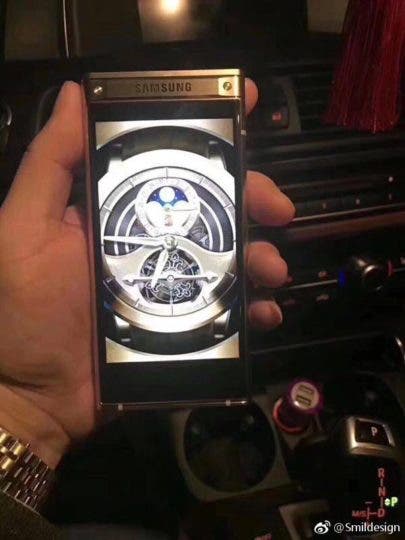 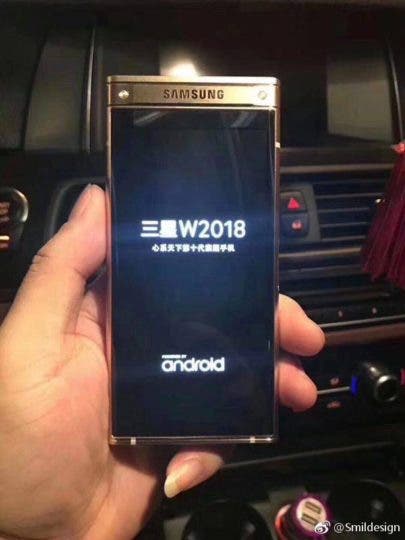 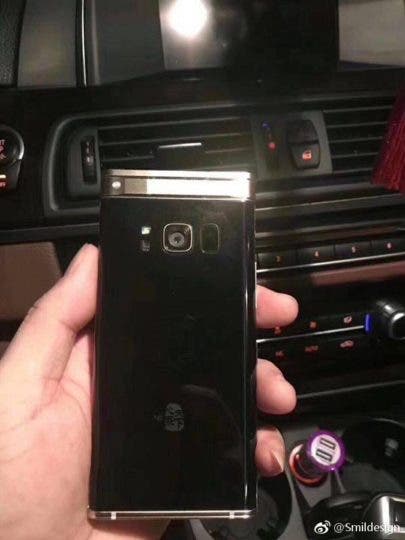 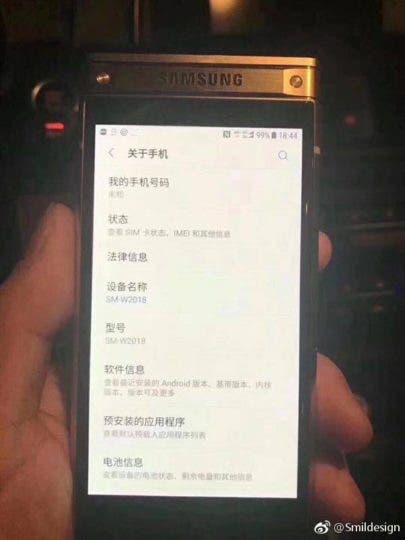 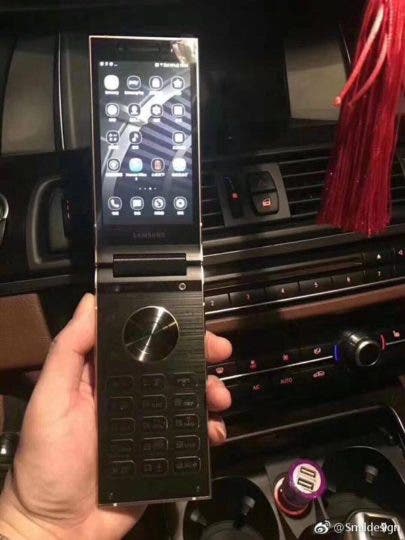 We are not sure when the device will be officially announced, but if Samsung is to follow the same path of its predecessor which was announced in November 2016, then we might just be days away from the unveiling. In any case, do not expect the device in your territory as Samsung’s flip phones are released only in China.