Some time ago, HMD took over the Nokia brand and now, the company is poised to return Nokia to its glory days. One way of doing this is by releasing timely updates to all Nokia smartphones. This implies that the Finnish company has to be vigilant and swift in releasing a new security patch to its smartphones only a few days after it’s finalized by Google. As of now, the November security patch for the global version of Nokia 6 (TA-1003) is being released. 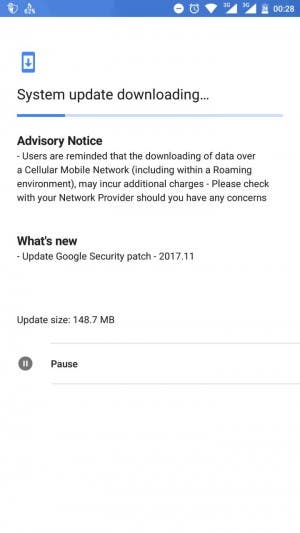 This update is roughly 150MB large and it appears that it is simply a security update which did not include any new feature. Nokia 6 is expected to receive Oreo update before the end of the year and perhaps, all new features will come with that update. As confirmed by HMD, Oreo beta testing for Nokia 8 is complete thus it will probably be released soon.