A sketchy CAD design of the Samsung Galaxy S9 has popped up on /leaks(slashleaks.com), giving us a glimpse of what the smartphone might look like. 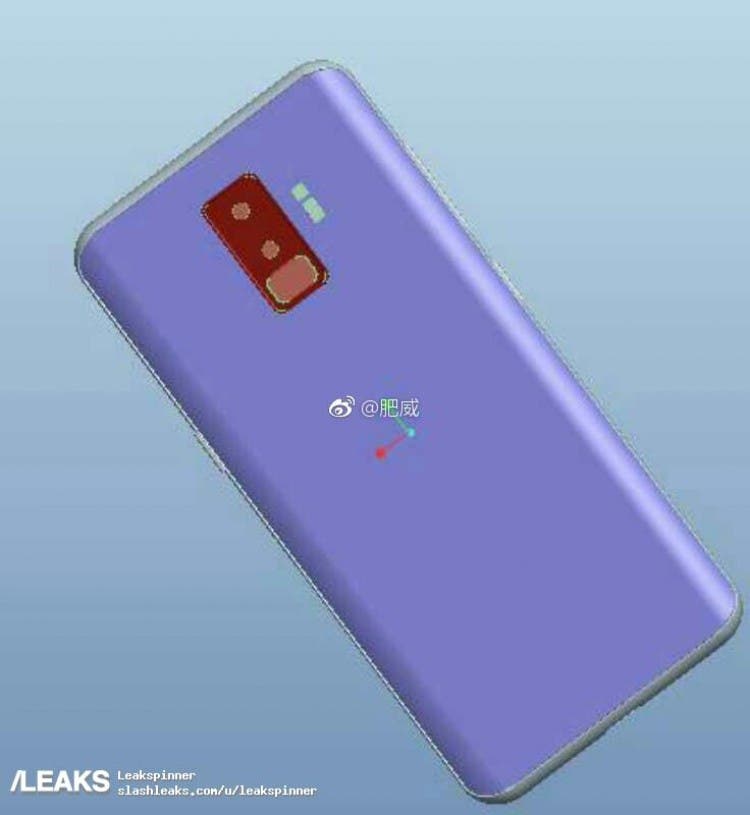 The render shows a vertically aligned dual camera setup on the back, with the fingerprint scanner lying right below it. With reports of Samsung scrapping the under-the-fingerprint scanner, we have reason to believe that these renders might just be the final design of the Galaxy S9. Samsung chose to change the placement of the fingerprint scanner to avoid smudging of the camera module that happened on the S8, but it doesn’t seem like the change will bring the much needed effect.

Another render shows the front of the phone which follows in the Galaxy S8’s infinity display design. This is something which we all know is coming thanks to the amazing response the infinity display received and it would be foolish of Samsung to do away with it.

Recently, a design document that leaked, showed the expected specifications and the design of the Samsung Galaxy S9 and the S9+. These renders are in conjunction with the earlier leaks, adding credibility to their genuineness. The S9 is expected to undergo mass production in coming December, and expected to release in the 2nd or 3rd quarter of 2018.

Previous Honor V10 scheduled to launch in China on November 28?