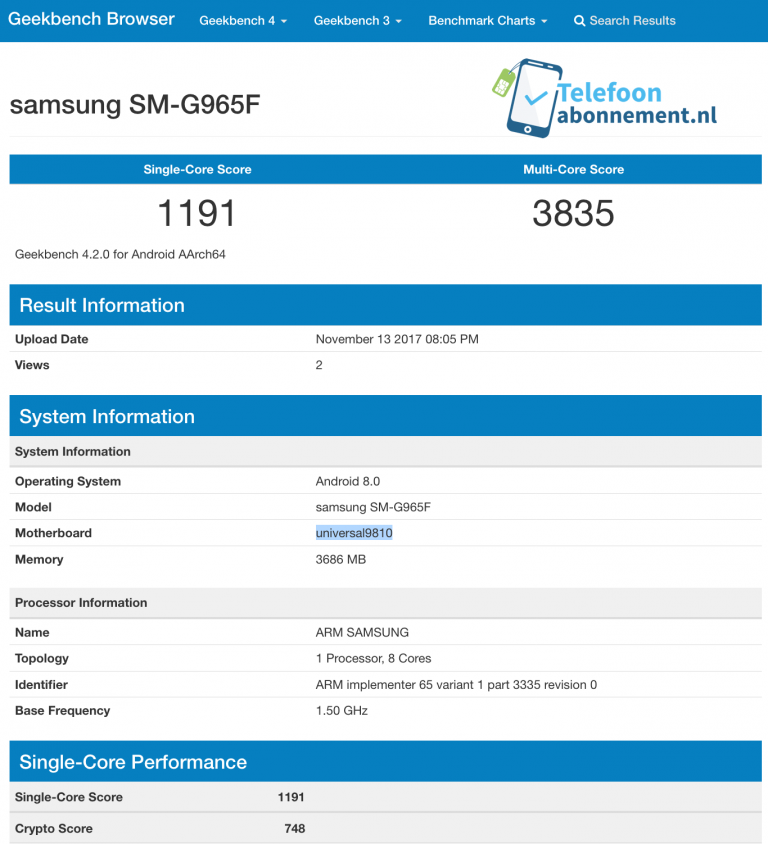 The listing reveals the core specifications of the Galaxy S9+. According to the listing, the S9+ will sport a proprietary octa-core Samsung chipset named,”Universal9810″, which might be the Exynos 9810 clocked at 1.50GHz coupled with 4GB RAM. It scored 1191 points on the single core test and 3835 points on the multi core test.

The Galaxy S9 and S9+ might come in two variants, one with a Snapdragon processor and one with an Exynos processor according to the markets they are sold in. Since reports state that Samsung has scrapped the idea of implementing an under the screen fingerprint scanner, the phones are expected to go under production this December. In other reports, the S9 duo will retain the infinity display but will come with a dual camera setup on the back with the fingerprint scanner getting a new location.

Samsung has not given a word about the launch of the next flagship duo, but judging from past trends, the Galaxy S99 series will debut in the first quarter of 2018.

Next Launch on the way as Redmi Note 5 gets listed on JD.com