Two months ago, Vivo has unveiled to the world the Vivo V7 Plus. The smartphone came hitting the shores at the competitive Indian market, being the world’s first Snapdragon 450 powered device. Now the company is preparing to shake India once again with another handset packing the same chipset.

New reports affirm that the BBK owned company has just scheduled an event to happen on November 20, where the company will unveil their newest phone, Vivo V7 in India. The Vivo V7 will retain almost same specs from the V7 Plus, with the major difference being its smaller size. 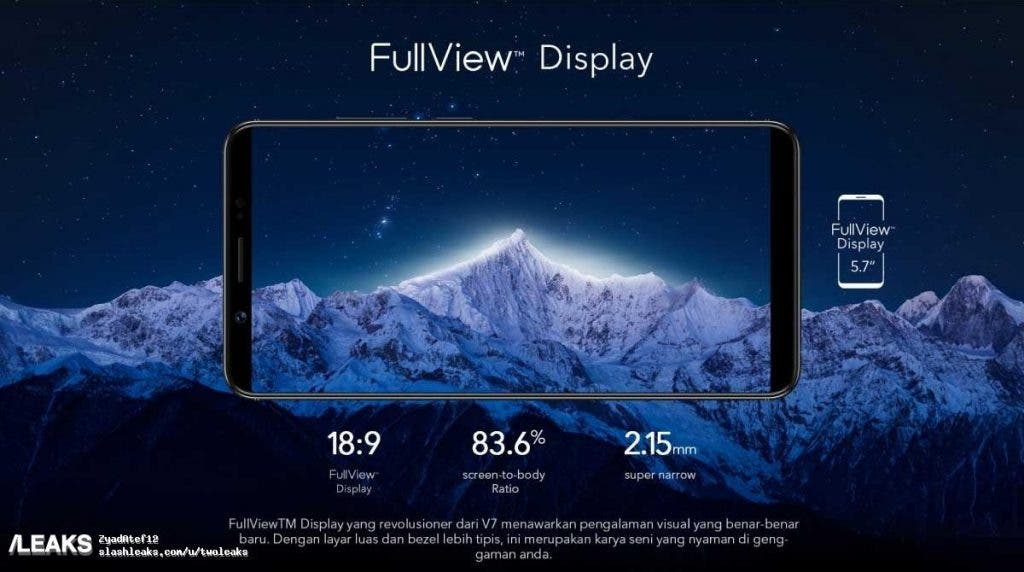 The company just sent out some invites to the media containing a smartphone with a single camera and a fingerprint sensor placed on the rear. Additionally, the company plans to reveal the phone firstly in Indonesia, in a event happening tomorrow on November 16.

Specs wise the Vivo V7 will come with a 5.7-inch display with the 1440×720 resolution, putting this phone directly on the 18:9 aspect ratio class. Running inside the phone counts with a Snapdragon 450 paired with 4GB RAM and 32GB onboard storage.

Just like the philosophy put in V7 Plus, and in the major part of their phones, Vivo want to make V7 a device that will steal attention due to its cameras. For that reason, Vivo V7 will pack the same 24MP front facing camera for the biggest pleasure of selfie lovers. There is also a 16MP main camera on the rear.

The phone runs the latest version of FunTouch OS 3.2 based in Android Nougat, keeping all the lights on, there is a 3,000mAh battery. The phone will support dual-sim functionality and VoLTE.