When Xiaomi launched its first-gen Mi MIX model it started a new era in the smartphones history. Many manufacturers began designing their own models with a full-screen technology. But when the company announced the follow-up to the Mi MIX the same companies were in confusion, because Xiaomi came in with a number of innovations that they can’t afford. This simply means they just can make handsets looking like the Xiaomi Mi MIX 2 but acting differently. Today, a new device with such a goal in mind has been launched. It comes our way from a well-known company. So we should realize what performance it will provide and what price tag it comes at. Today the Ulefone MIX 2 was released to face the demand of those consumers who are looking for a cheap alternative to the Xiaomi Mi MIX 2. 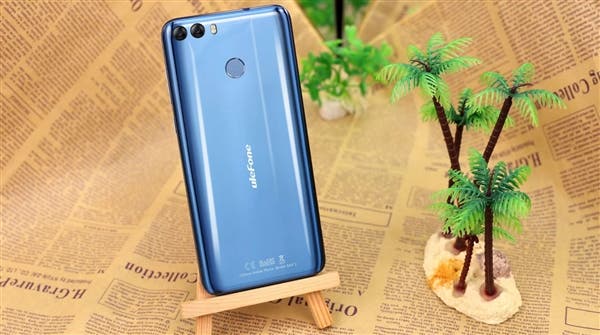 As the name suggests, the Ulefone MIX 2 has been designed to show its ambitions towards the original Mi MIX 2. Of course, it’s not going to compete with Xiaomi’s mode, but it wants to show a cheap phone can sport a full-screen and stylish look as well.

Generally, the Ulefone MIX 2 sports a quite acceptable specs list including a 5.7-inch full-screen display providing a 1440×720 pixels resolution with the 18:9 aspect ratio. This should be considered as the selling point of the MIX 2. But there are other good features we should focus on as well. Say, this phone comes with a dual-curved glass body similar to the Samsung Galaxy S8. It makes the device look like a top-notch model. Apart from this, it is packed with a MediaTek MTK6737 processor paired with a 2GB of RAM and 16GB, 13+5MP rear camera, 8MP front shooter with softlight, 3300mAh capacity battery. fingerprint scanner in the back and Android 7.0 Nougat as the OS

You can find more information about the phone on Ulefone’s website and currently you can already pre-order the phone from their official Aliexpress store. There should be soon a special presale price for the phone so you should be able to get the Ulefone MIX 2 for about $100 only.

Previous New Vivo's phone, aka Vivo V7, will be launched tomorrow on November 16

Next Gionee M7 Plus Leaked On GFXBench Screenshots