If you didn’t get carried away with Chinese 11.11 Single’s Day crazy sales and you’re still looking for a great mid-range phone, then you’re in the right place. Keep reading as we’ll be listing the top 5 smartphones for under $200 – November edition!

The undisputed best mid-range phone is still the Xiaomi Redmi Note 4 – at least until the Note 5 comes out (probably). Xiaomi’s segment killer rocks a super power efficient Qualcomm Snapdragon 625 paired with 4GB of RAM and 64GB of internal storage (expandable).

The smartphone features a 5.5-inch FHD IPS display, a 13MP rear shooter (either a Sony IMX258 or Samsung S5K3L8) with F/2.0 aperture which can shoot videos at 120fps, and a 5MP selfie snapper.

The Redmi Note 4 also boasts a large 4000mAh capacity battery which paired with the efficient CPU delivers outstanding autonomy; in its Global Edition the Note 4 supports a tons of 4G LTE bands, with band 20 being among them. 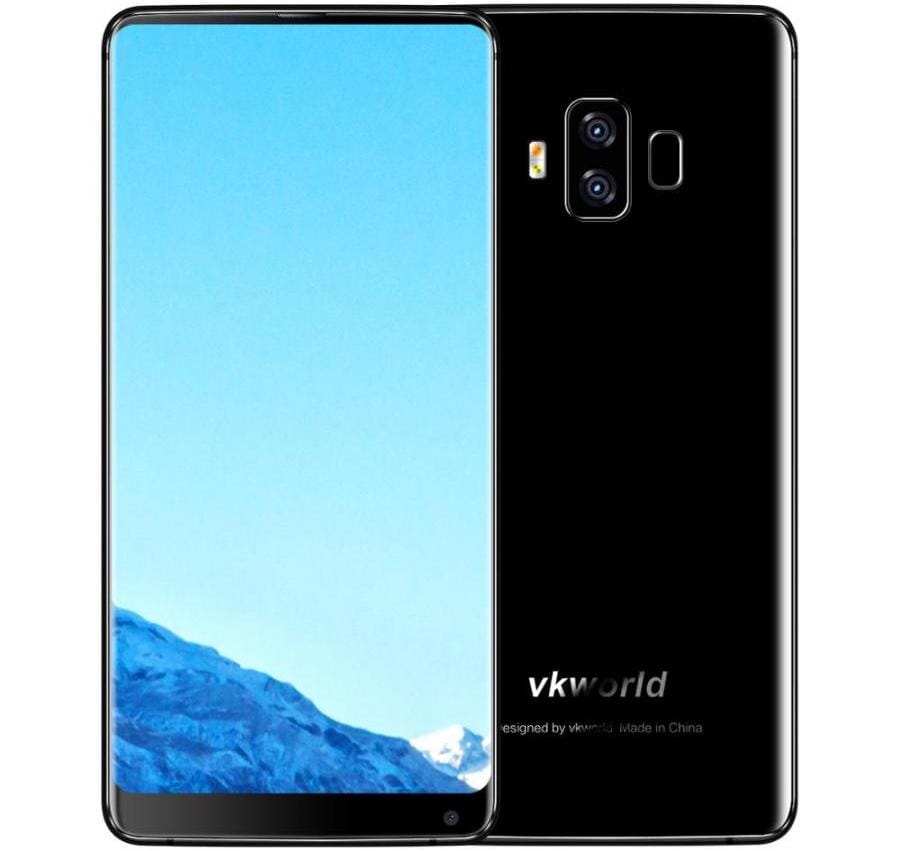 If you’re feeling a bit more adventurous then have a look a the Vkworld S8. This handset looks like a mix between a Xiaomi Mi MIX 2 and a Samsung Galaxy Note 8, with a tri-bezel-less design on the front and glossy back with the fingerprint scanner beside the dual camera setup on the rear. The S8 is powered by a MediaTek MTK6750T CPU, 4GB of RAM and 64GB of internal storage, a spec combo that should satisfy most users.

Where the S8 shines though, is in battery size; the phone does indeed sport a massive 5500mAh capacity battery which should be able to fuel the large 5.99-inch FHD+ 18:9 display for quite some time.

Other specs include a 16MP + 5MP rear camera setup, a 13MP selfie shooter, a titanium frame, Corning Gorilla Glass 4 coating and an USB Type-C port at the bottom. The Vkworld S8 works on 4G LTE networks, including band 20.

Have you always wanted a Xiaomi phone but you never liked the heavily-skinned MIUI OS? Then it’s time to get a Xiaomi Mi A1! The smartphone can now be found for around $199.99, so we believe it deserves a spot on this list. Xiaomi’s handset is really similar to the more popular Xiaomi Redmi Note 4X as far as specs go, with a Qualcomm Snapdragon 625, 4GB of RAM and 32GB (or 64GB) of internal storage.

What makes the A1 a better choice over the Note 4X – other than running stock Android – is the presence of a secondary rear camera. This will allow you to snap nice professional-looking photos with a low depth of field (bokeh) effect, much like what you can do on the more expensive Xiaomi Mi 6. The two rear cameras both have 12MP resolution and they can record 4K videos or slow-motion ones at 120fps. The selfie snapper is instead a 5MP Samsung S5K5E8.

The Xiaomi Mi A1 packs a 3080mAh battery and supports a wide variety of 4G LTE networks, with band 20 being among them. 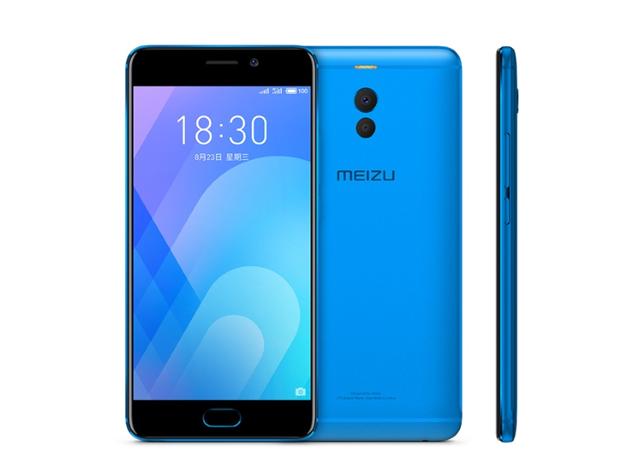 Are you tired of seeing Xiaomi phones anywhere you turn? Then join the “dark side” and get yourself a Meizu M6 Note. This handset is Meizu’s alternative to the Xiaomi Mi A1. We indeed find the same Qualcomm Snapdragon 625, 4GB of RAM and 64GB of internal storage (albeit this variant might cost slightly more than $200).

We also have a 5.5-inch Full HD display and a dual camera setup. Meizu’s phone has a slight advantage though, as the primary shooter sports a wider aperture of F/1.9 (it’s F/2.0 on the Note 4X), meanwhile the secondary camera is a 5MP with F/2.0 aperture. At the front we find a really high-res 16MP selfie snapper with the same F/2.0 aperture.

The Meizu M6 Note does also come with a larger 4000mAh battery and works on pretty much every 4G LTE network around the globe, including band 20.

Last but not least, the LeEco Le Pro 3 X722 is still going strong even after more than a year from its official launch. You can indeed get this high-end device for around $170, packing internal hardware such as the Qualcomm Snapdragon 820 CPU, 4GB of RAM and 32GB of internal storage. 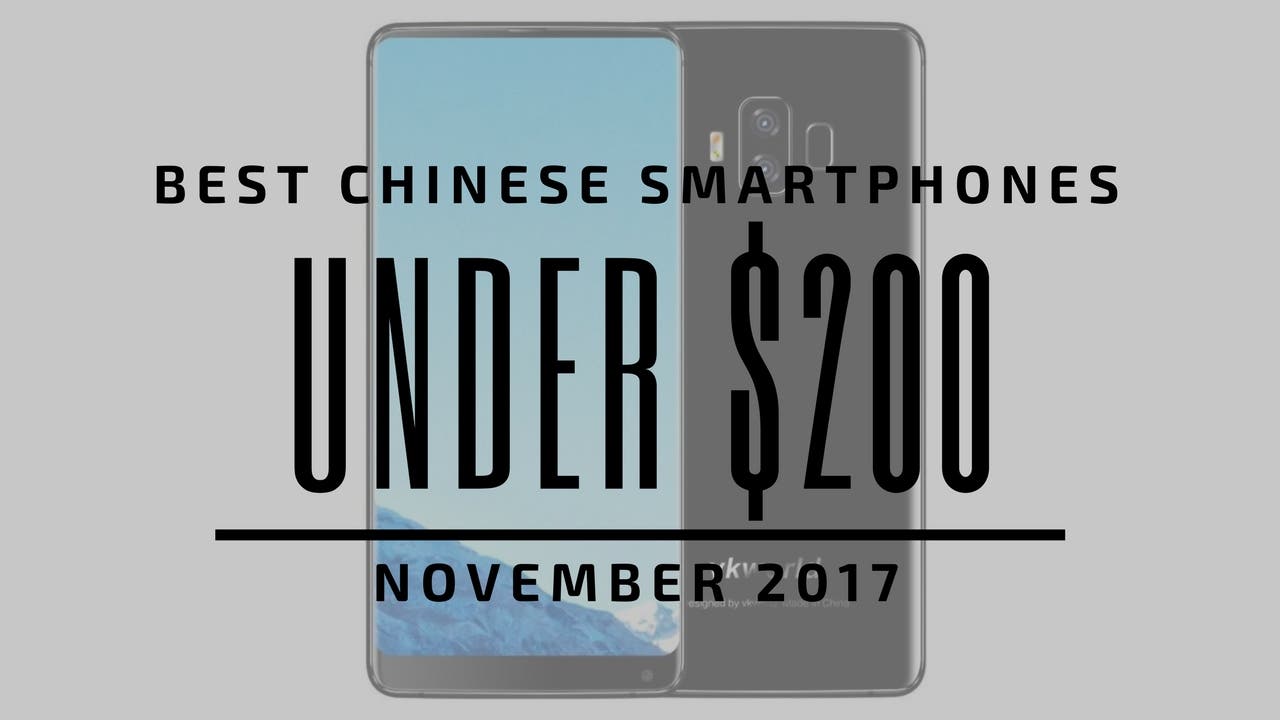 This is it for the month of November, did you guys find your next Black Friday purchase? Or would you have suggest any other phone? Drop a comment down below and let us know!

Check out our sub $100 November list if you’re on a tight budget!

Next Doogee To Release A Curved Screen Smartphone Next Year