The relationship between Xiaomi and India is getting stronger by the day. Recall that some weeks ago, we reported that Xiaomi shipped 9.2 million smartphone units in Q3 2017 to become the top smartphone brand in India. Now, Xiaomi chief executive, Lei Jun has revealed that the company will invest as much as $1 billion in 100 startups in India over the next five years. This is a very smart move by the Chinese manufacturing giant and with this, the company hopes to create an ecosystem of apps for its smartphone brand. 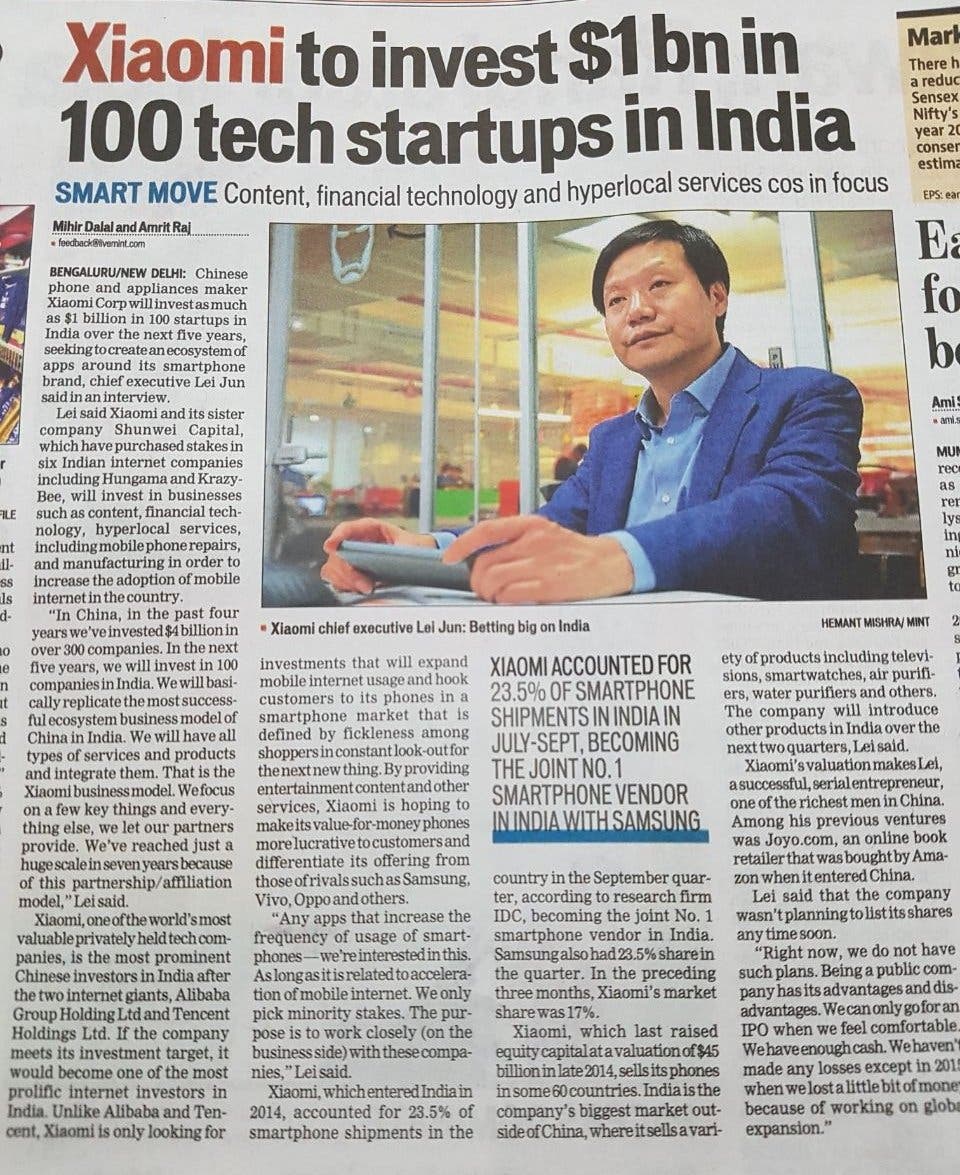 “In China, in the past four years, we’ve invested $4 billion in over 300 companies. In the next five years, we will invest in 100 companies in India. We will basically replicate the most successful ecosystem business model of China in India. We will have all types of services and products and integrate them. That is the Xiaomi business model. We focus on a few key things and everything else, we let our partners provide. We’ve reached just a huge scale in seven years because of this partnership/affiliation model,”

Xiaomi is one of the largest and most valuable private tech companies in the world. And right now, the company is very enthusiastic about any app that would boost the frequency of acceptance of smartphones as long as it is related to the speedup of mobile internet. This is a wake-up call for growing Indian developers as Lei categorically stated that the company is only interested in minority stakes. 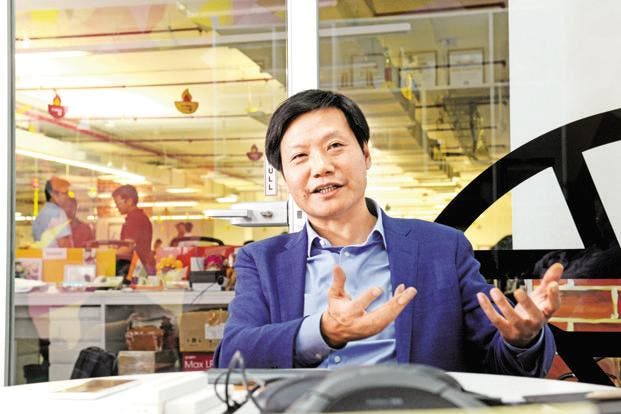 Lei mentioned that its sister company Shunwei Capital has already bought stakes in 6 Indian internet companies including Hungama and KrazyBee. In other to increase the adoption of mobile internet in the country, this company will invest in businesses such as content, financial technology, and hyperlocal services, including mobile phone repairs.

India, the second largest smartphone market in the world behind China is also Xiaomi’s biggest market beside China. As of now, the company sells a variety of products including televisions, smartwatches, air purifiers, water purifiers and it hopes to introduce more product in the first half of next year.

Next Honor V10 pops up on TENAA