It appears that Chinese manufacturing giant, Xiaomi, has now captured the heart of the world’s second-largest smartphone market, India. Just after three years in the country, Xiaomi now ships millions of smartphone units every quarter. Today, Manu Jain, head of Xiaomi India, revealed that the company shipped a record 9.2 million smartphones in the third quarter of 2017 in India. Jain also revealed that Xiaomi is now ranked the No. 1 smartphone brand in India according to IDC latest quarterly smartphone tracker. Xiaomi beat the likes of Samsung who held the position in the second quarter while brands like OPPO, Lenovo, and Vivo put up a good competition.

I’m extremely humbled to announce that @XiaomiIndia has become the No. 1 Smartphone Brand in India, as per @IDC's latest Quarterly Smartphone Tracker (Q3 2017)!! 💪

A journey that started 3 years ago has now turned into an unbelievable legacy! #1SmartphoneBrandXiaomi pic.twitter.com/LNDIC4s7Yp

In the third quarter of its maiden year in India (2014), Xiaomi managed 100,000 shipments where it first sold its phones on Flipkart. One year later (Q3 2015), the company surpassed 1 million shipments and in the third quarter of 2016, its fortunes rose higher as it hit 3 million units. Clocking 9.2 million units this year means that the Chinese tech giant tripled its last year digit. 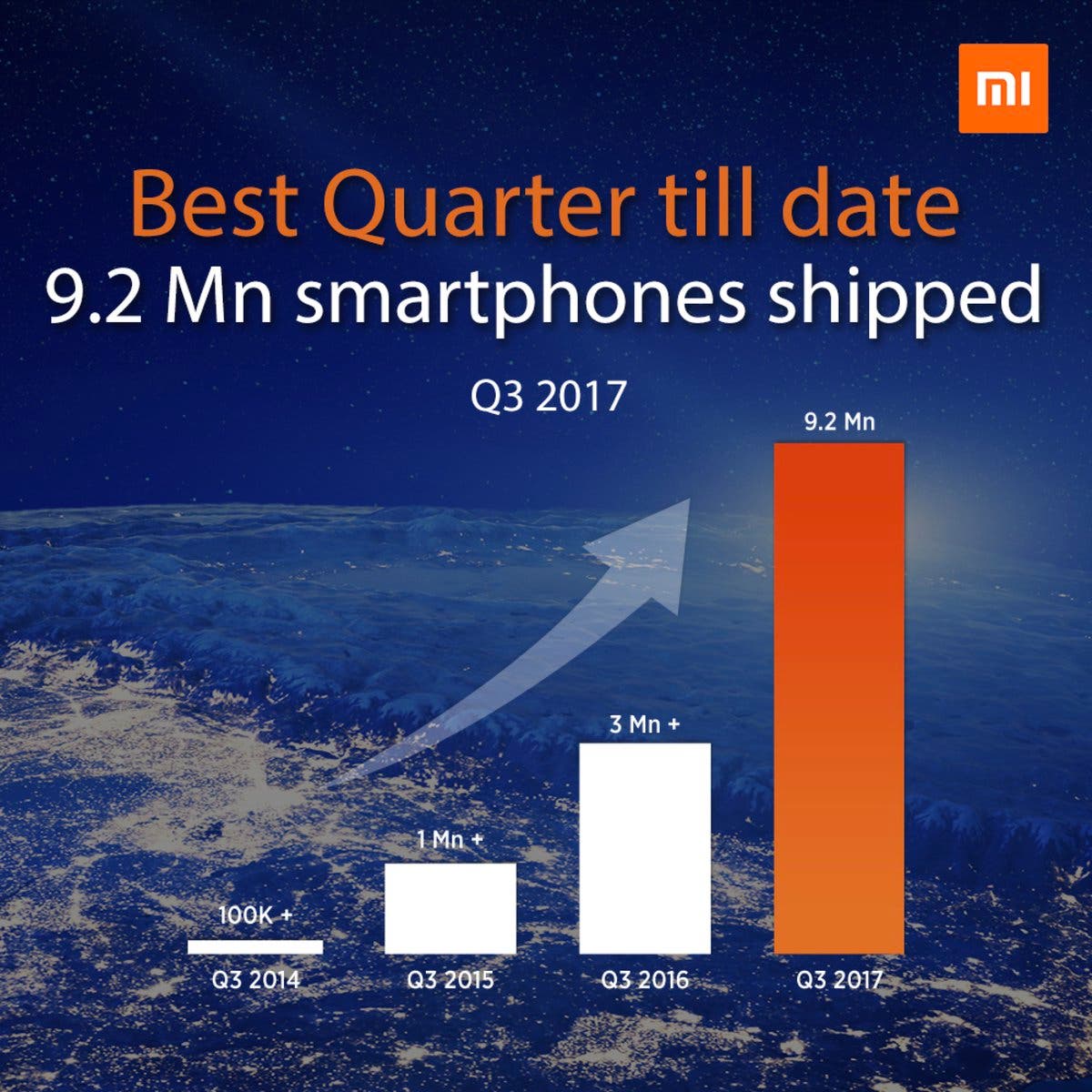 Recall that there was a festival (Diwali sales festival) which took place from September 20 to October 19. During this period, Xiaomi India put in a lot of effort to sell its smartphones. Its hard work paid off as it announced that it sold over 4 million smartphones. This, no doubt, boosted its overall smartphone shipments in India. 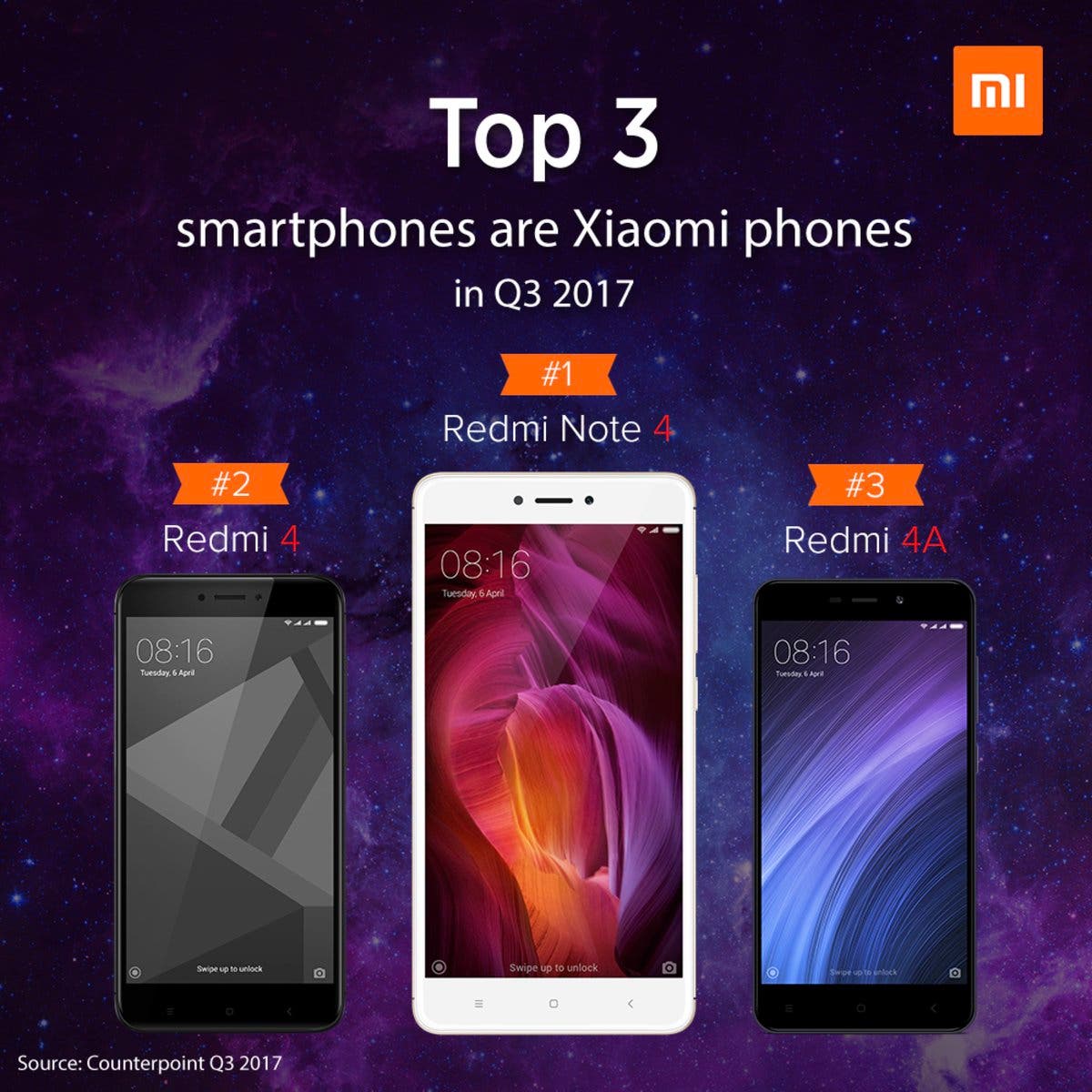 In addition to this great feat, Counterpoint research listed Xiaomi Redmi Note 4, Redmi 4 and Redmi 4A as the top 3 selling smartphones respectively in India for Q3 2017. Considering the fact that Xiaomi has not disappointed its fans, the company is likely to finish the year on a strong note in India.

Next Nokia 2 arrives in South Africa, becomes 2nd country to get the entry level phone