Xiaomi just finished launching it’s sequel to the Mi Mix in September, and out of nowhere a leak of the Mi Mix 2s popped up online 2 days back. As surprising as it seemed, the image showed off a design much like the controversial iPhone X. The alleged device in the image appeared to have a physical notch closely mimicking Apple’s latest $1000 phone. It didn’t take long for people to realise that it was a hoax.

The actual device in the image was none other than the Mi Mix 2 itself. It was merely running an app that was simulating the notch on the screen. However here is another leak attributed to the Mi Mix 2s that brings a unique design unseen before. 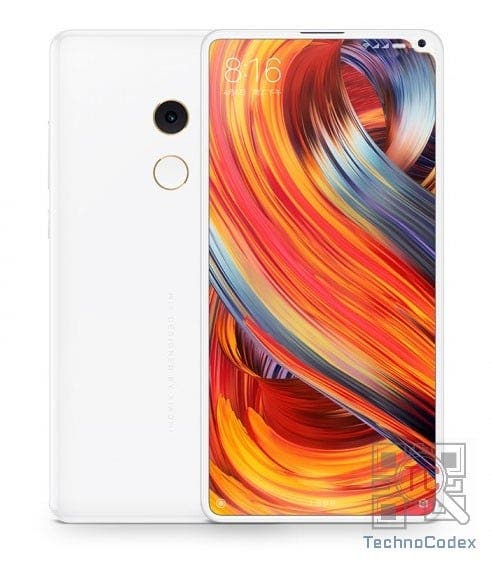 This image shows the alleged Mi Mix 2s to sport a small cut out area for the selfie shooter on the top right corner. Remarkably it is less intrusive than the notch but still, this is a subjective thing. For me personally, it is much acceptable than the iPhone X notch. That small cutout on for the camera allows for an uninterrupted full-screen display. However, the bezels are very noticeable on all sides here. You can also clearly see the speaker grill situated on the razor-thin top chin.

Apart from this distinguishing feature, all other design elements remain the same. You can see the rear housing a single camera and a fingerprint reader. The white Mi Mix 2s seems to be a ceramic model on show.

Having said that, we would definitely take these images with a pinch of salt. Since Xiaomi has not launched a Mi Mix 1s ever before. Moreover, the Mi Mix 2 is just fresh on the shelves and it would be at least 4 to 5 months for a Mi Mix 2s product launch, if at all. Thus, this leak seems a bit too early.

If, however, we do find more authentic info of the Mi Mix 2s, we’ll be sure to let you know.