Last week we have seen the new rugged Vernee Active model officially announced and we even have more or less all the important specs listed. But as for the actual design and looks of the phone there was a bit of a omission, so we are glad that today we have some more pictures showing the real phone itself.

Vernee really did their best to mix up the traditional fashionable design with the rugged sturdy build and the result is quite pleasing to the eye. The back cover of the phone using a Kevlar military material, which should not only protect against drops, but also scratches. Fingerprint and camera lens are getting a special protection too and USB port has a sealed plug to comply with the IP68 certification. The frame uses some strengthened TPU to help with the sturdiness so Vernee Active will be really well protected in general. 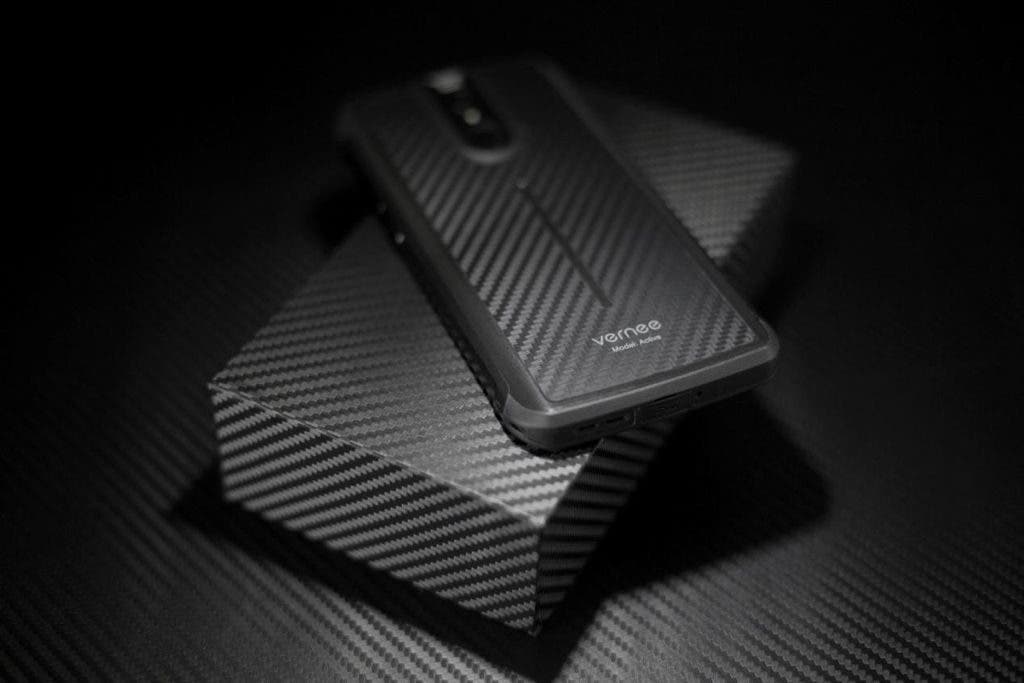 As we previously learned Vernee Active will be also sporting quite nice hardware setup featuring 5,5-inch JDI incell FHD resolution display, Helio P25 processor, 6GB RAM+128GB ROM, 4200 mAh battery, USB Type-C port, global network support with 28 bands and even the NFC, which is surely the highlight. For more information you can check out their official website and we will be looking forward to the actual release of the phone.