Samsung is a well-known due to be constantly trying on new technologies and concepts for their smartphones. Consequently is very natural to see some crazy patents filings coming from the South Korean manufacturer.

There are dozens of projects that failed or succeeded in the manufacturer’s history, and we could have a glimpse of them always that the company filed a document stating it as their proprietary technology.

The latest patent filing was found at the WIPO (World International Property Office) and reveals a rather unusual phone with a totally curved display. Just looking to the documents says pretty much that we’re not going to see such smartphone in the near future, but it’s cool to see Samsung move in keeping their wish for innovation in the segment. 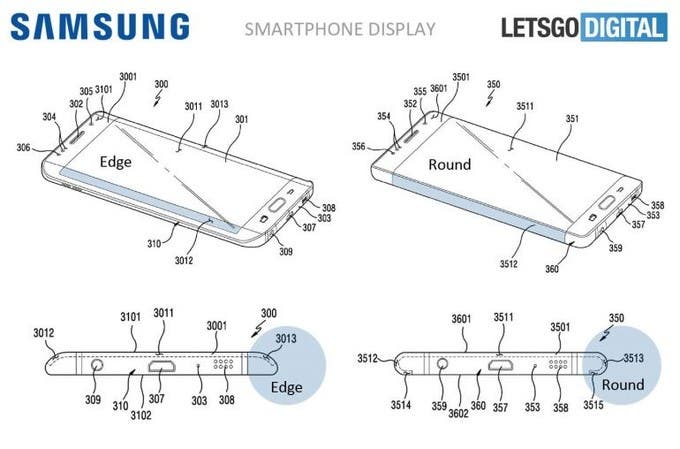 The smartphone showed by the patent filing features a 180º curved display, that is able to curve the front all way around to the backside. According to the company the new panel is able to bring “a completely revamped user’s experience”, as well as “improved grip.”

Looking to the current standards, competition and what users are demanding we don’t see much light in what Samsung is planning to do with such new technology, but considering their previous experience and success, we’re pretty sure they have something in mind. If you recall some years ago a smartphone with an edged display would look totally crazy, but then the Giant reveled the Note Edge that got goods result and later was refined in S6 Edge. So whatever Samsung plans, we’re confident that the company will adjust it according to consumers desire.