If you are a Moto X user in the United States and you have not received an alert in your status bar informing you that an update is available for download and installation, then you should head to settings and check manually for an update because Motorola is now releasing Android 7.0 Nougat update to Moto X Pure Edition users in the U.S and from all indications, this update is been released for all Moto X units in the U.S. The fact that Android 8.0 Oreo is already being used by a couple of smartphones and Google is ready to release Android 8.1 makes this update a little bit outdated but the Nougat is stiill better than Marshmallow currently on the Moto X. We dont know when or if the Oreo will be released for this smartphone thus its best not to wait, else the wait might just be endless. 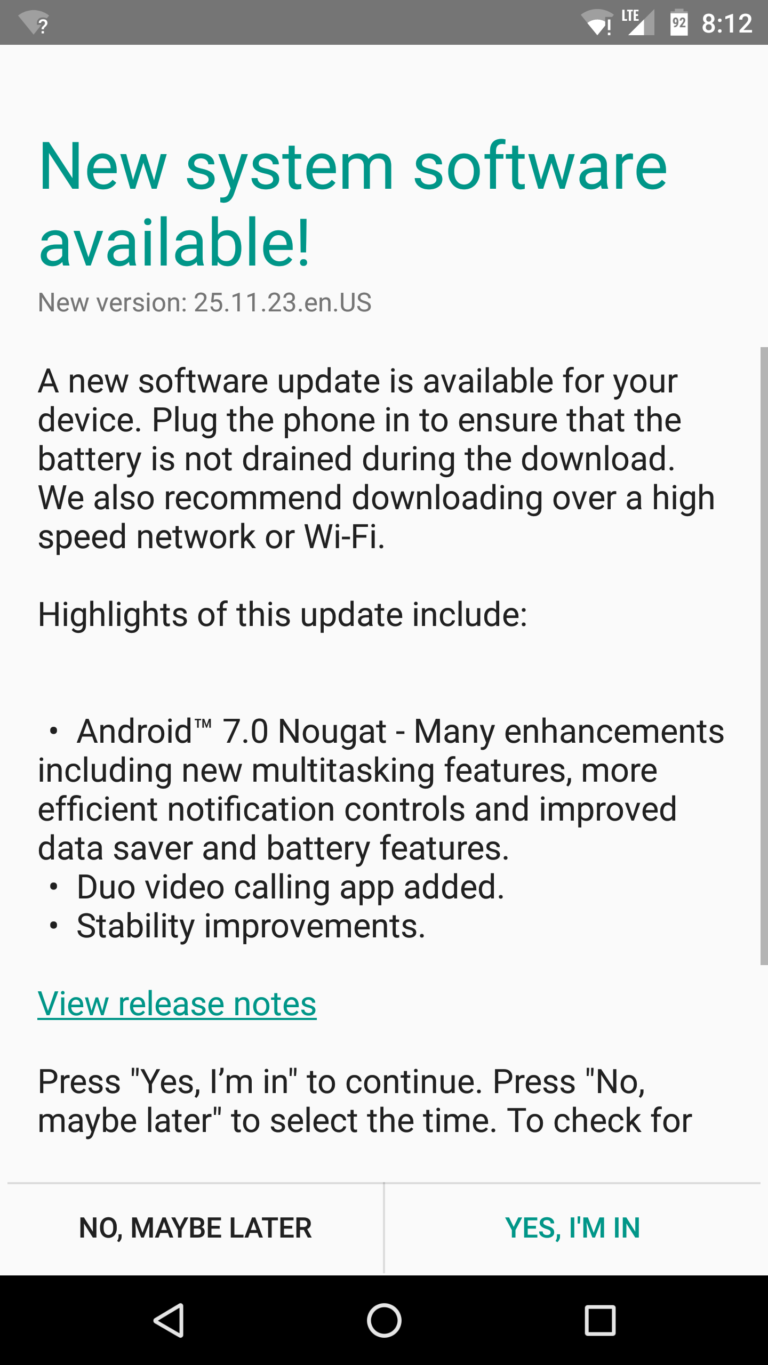 This update started rolling out to all users yesterday but some users who have received this update said that this is the first update they are receiving in almost a year. This is not typical of Motorola. Either way, this software update which has been confirmed to be on the way is now available. Considering the long wait by Moto X Pure Edition users in the U.S. for an update, it wouldn’t be a surprise if all units ports to the Nougat in a very short period. The Android Nougat comes with numerous enhancements which include new multitasking features, more efficient notification controls, improved data saver as well as improved battery features. Users should expect a general stability improvement and duo video calling app has also been added.