Security of smartphones has become a prime concern. This is conditioned by the fact we do everything via our devices. Thus they have become highly personal. The traditional ways of authentication found on smartphones suffer from some drawbacks. Say, the fingerprint scanners require additional hardware or the face unlock doesn’t work properly. So we can state, though the biometrics have emerged as one of the most reliable ways of human authentication, most of them are not developed well. Besides the fingerprints and facial characteristics, various companies are looking for other biometrics to bring to the smartphones. Among them, we can mention the iris, palmprint, hand geometry, or behavioral characteristics such as keystrokes, signature, voice, gait etc. As for smartphones, most of them are not usable. But there are a couple of features that can be used on mobile devices. Seems the palmprint is the next authentication method Samsung is working on.

Back in 2012, Japanese telco KDDI showcases a demo app at CEATEC that authenticates identity by taking a high-resolution picture of user’s palm. The app was using the phone’s LED to take a picture of a palm even in dark conditions. But users had to hold their hand in a corresponding palm-scanning position. As fingerprints and palms have both uniqueness and permanence, they have been used as one of the most trusted forms of authentication/identification. However, this company wasn’t the only company focusing on biometric security. Apple and Samsung have been working on identical systems as well.

The Korean manufacturer has granted a patent in South Korea. According to it, when someone has forgotten the password for unlocking the phone, he/she can use this system to ‘scan’ the palm and recover the password. Users can also require a two-step verification, such as iris and face recognition. 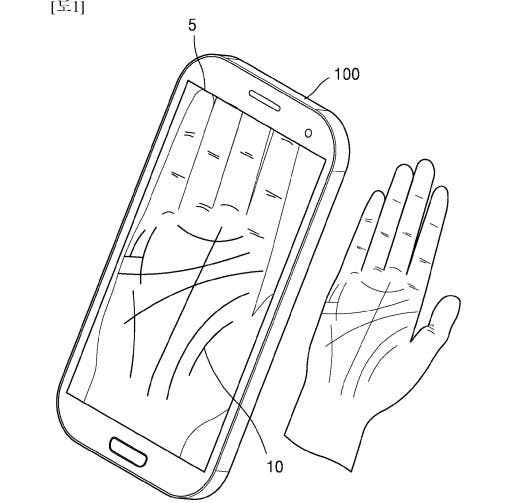 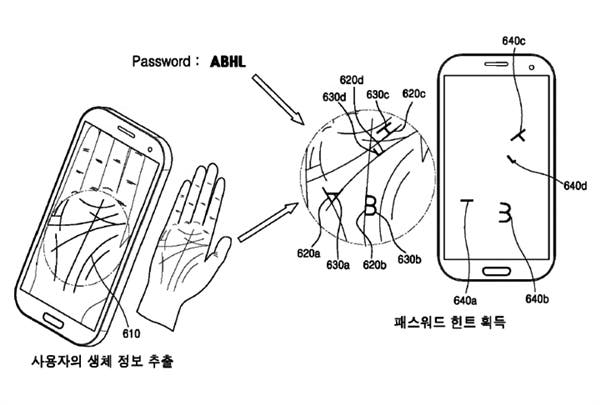 Next Samsung officially launches their smart flip phone, the W2018