After months of leaks, the Samsung W2018 has finally seen an official launch take place. The event was held by Samsung and China Telecom in Xiamen, China and celebrated the W-series’ 10th anniversary and Samsung’s 25th anniversary in the Chinese market. 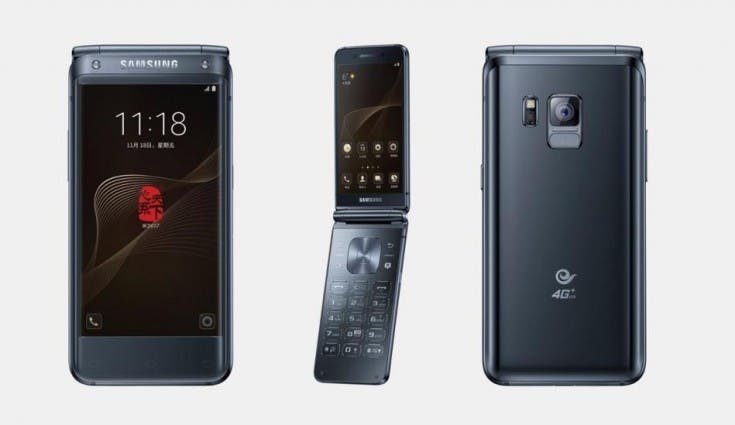 The W2018 is the first flip phone with Bixby on board, and Samsung proudly announced that the AI assistant now supports Chinese language. It also has a shockingly small 2300mAh battery as well as a dual hybrid SIM slot that supports dual standby. There’s also no Google services and it runs on Android Marshmallow 6.0.1.

The Samsung W2018 is offered in Black, but there are also limited edition units in Gold and Silver. Despite this, the device is rather ludicrously prices at CNY15,999, which roughly translates to €2000/$2400 at JD and TMall. We can’t imagine the device will have many buyers, but that’s just us.

Previous Samsung Has Granted A Patent For Palmprint Authentication