HTC haven’t been facing the best of its years lately, although we are yet to see the results achieved by the company in 2017, we definitely don’t see the company taking the edge in the competitive market of flagships now dominated by the likes of Galaxy S8, iPhone X and LG V30.

Although the company has recently released the HTC U11 with reduced bezels and a 18:9 screen aspect ratio, it doens’t seems enough to follow up the fierce dispute. To understand better HTC’s situation, the company is passing through a whole reorganization on its smartphone segment after Google’s acquisition of the team behind Pixel’s manufacturing. But apparently the company will not give up from the smartphone segment and newer smartphones are on their schedule for 2018, that includes the flagship HTC U12. 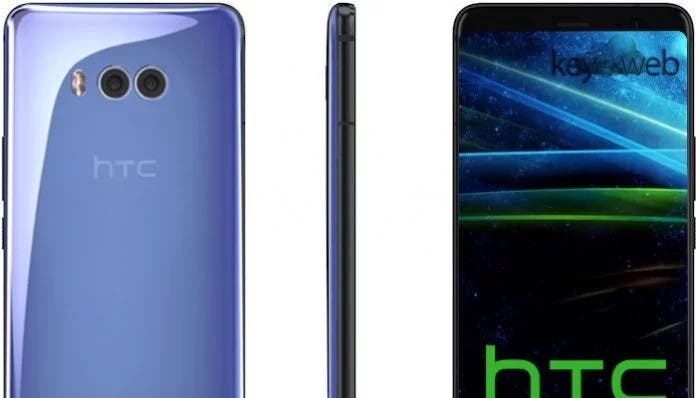 A new alleged HTC U12 render popped out in the web followed for some crazy specifications that the handset may sport. According to a collection of rumors in the web the HTC U12 will be company’s best bet to rivalize with the likes of Samsung and LG, sporting a whole new bezel-less design, Snapdragon 845 paired with up to 6GB of RAM and Full-Screen rounded display with a 18:9 2K resolution.

Additionally the smartphone may mark the return of the dual camera setup. If you don’t remember HTC was one of the very first phone makers to feature two rear cameras, with the 2014’s flagship HTC M8. Sadly the smartphone may adopt the controversial trend of dropping 3.5mm headphone jack support.

We still consider that is too early to guess and take conclusions of HTC’s future flagship, so we advice you to digest these news with a grain or two of salt. For now the best we can do is to really hope that HTC gets ready and kicking again for the best of 2018’s competition.