Xiaomi took the wraps of today to release the newest fifth generation of their Redmi series. If you recall, some years ago the first Redmi arrived in the market as a budget smartphone solution for those who couldn’t afford for flagships. The handset was a huge success in China and revolutionized the smartphone segment by giving a new face to the until the date shady mid-range segment.

A few time after, Xiaomi saw the market of Phablets grow up with the advent and success of plus sized phones like the Galaxy Note. The company realized that a phablet-sized mid range smartphone with a low price would do pretty well, based in this premise the company realized the first Redmi Note.

The years have passed and the Redmi Note line become a huge success to the point of foreshadowing their smaller brother. Last year the Chinese giant realized the fourth generation of the handset, originally the smartphone carried MediaTek Helio X20, but due to the Indian markets restriction overs brands using the Taiwanese chipsets, the company had to adopt the Snapdragon 625 and release a new variant of the handset in the country, later the Snapdragon 625 Redmi Note 4 got renamed to the Redmi Note 4X and got released at Xiaomi’s homeland to differ between the original MTK powered phone. 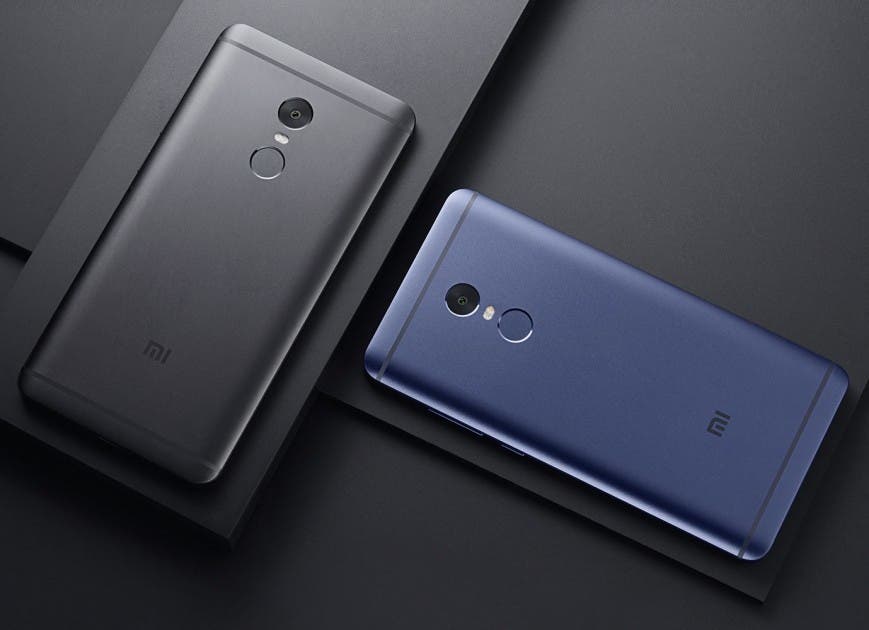 The MediaTek’s powered Redmi Note 4 was released back in 2016, the Snapdragon variant arrived few months later in January 2017 in an event held in India. We’re almost a year since its release and still there is no signal of a successor the Xiaomi Mid-grade king. Worths to mention that back in October no one else than Lei Jung announced the Redmi Note 4X exceeded 20 million units in total sales, turning it in one of the company’s best-selling. So a successor for this strong hit would be pretty obvious and crucial for keep Xiaomi’s domain over the segment?

A lot of rumors have been circulating in the web for the past couple months, renders and leaks suggested the arrival of Redmi Note 5, however those rumors turned into ashes when the first leaks of Redmi 5 Plus appeared.

The whole idea of Redmi Note 5 was to be a phablet sized and more powerful Redmi, but what the Note series means now that both Redmi 5 and Redmi 5 Plus are here with big 18:9 screens of 5.5-inch and 5.7-inch respectivelly? There is an excuse or reason for Redmi Note 5 existence? Or has the Redmi 5 Plus become the Note 5? 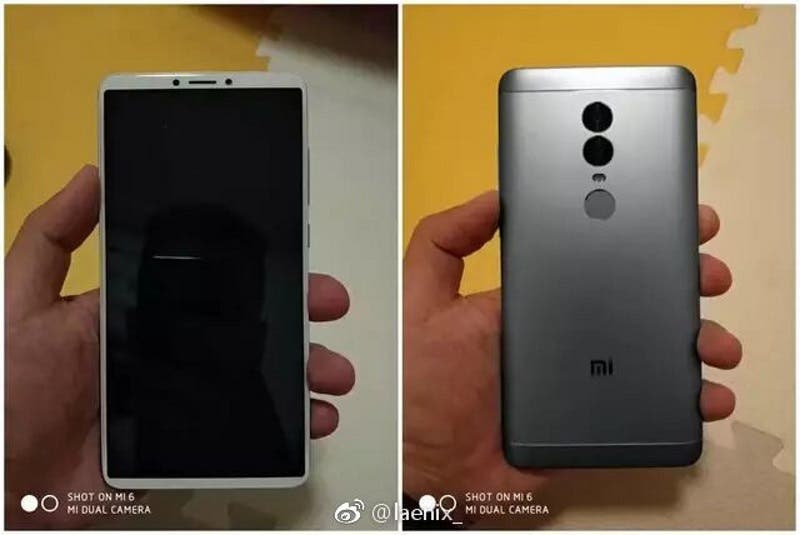 The answer is likely to be no, first because we are pretty sure that Xiaomi would announce a possible death for the successful Redmi Note series, second its a best-selling device that once revolutionized the segment with near flagship specs and a huge support community in the web. So why still there is no signal of Redmi Note 5? Well, the best answer may be found in one word: Timing.

Previous rumors for the Redmi Note 5 described a handset with 5,99-inch panel and the resolution of 2160x1080p sitting under the 18:9 trend. The processor was a shady part, everyone wanted the Snapdragon 660 to debut in the Note 5, however this was pretty much buried when Xiaomi released the Mi Note 3 packing the excellent Qualcomm’s chipset. So what would be the wisest idea for the Redmi Note 5? Put the Snapdragon 630 which is best than Note 625, or wait for something better? Well the company decided to keep the use of Snapdragon 625 in the Redmi 5 Plus, but this indeed is a different phone, with a different price ratio. So which processor the Redmi Note 5 will sport? Qualcomm could have given the answer two months ago. 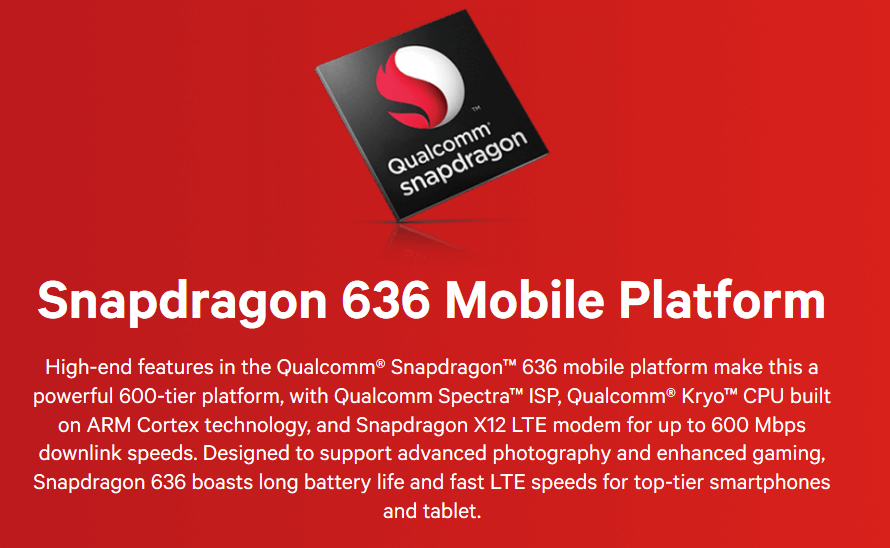 You may be thinking, why the hell are you describing this chipset specifications? Well, since its release Qualcomm set the shipping to start in mid November, with the first phones packing the processor appearing just in January 2018. 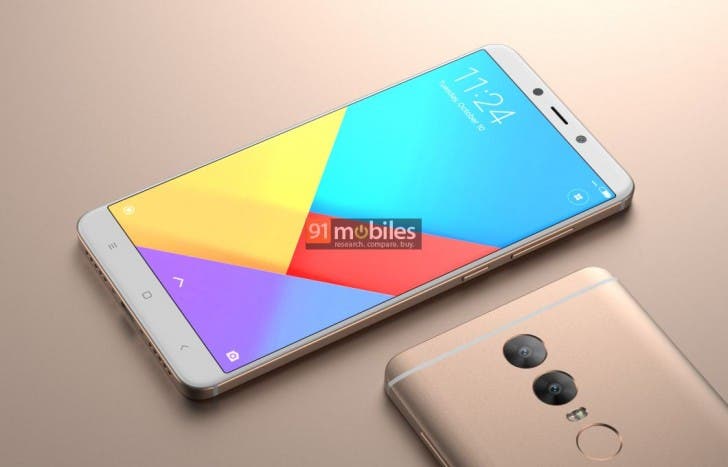 If Xiaomi is really planning to bring the Redmi Note 5, we would bet in a date one year later than the launch of Redmi Note 4, since this have already passed, we’ll skip to the Redmi Note 4X launch that happened in January 2017. That matches the Snapdragon 636 availability, it’s a little close to the handsets released today so we also expect one or two months interval. The rumors also claims the possibility of the handset arriving with a dual rear camera setup definitively mixing up the handset as not only Note series successor but the Redmi Pro comeback, lastly the Redmi Note 5 should arrive more costlier than before with a price tag of $260. 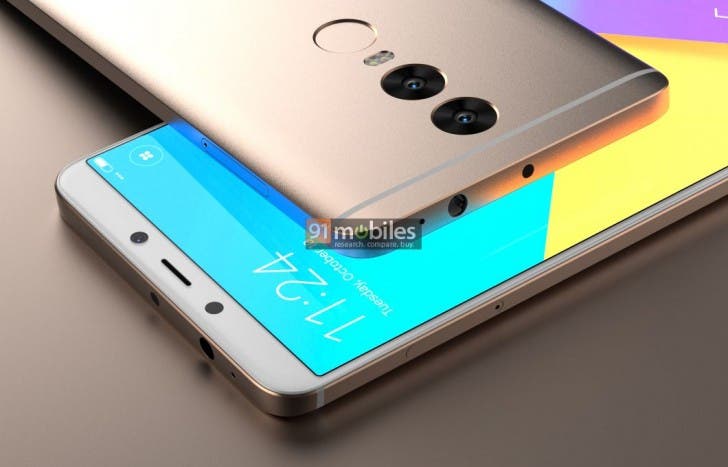 Currently Redmi Note 4X is Xiaomi champion in the Indian market, one of their most important markets, where the company sits as the most important smartphone manufacturer. Even when Redmi 5 and 5 Plus arrive in the country they hardly will meet most of Note 4 owners wish. For that reason Redmi Note 5 is one of the India market most anticipated handsets, and not launching a worth successor would be a big waste.

All this speculation comes based in the collected round of rumors of Redmi Note 5, so no matter how the phone existence and arrival can seem obvious we always advice to take these rumors with a pinch or two of salt. Based in all this we want to ask you Gizchina reader, what you think about Redmi Note 5? It’s an upcoming handset? Or did Xiaomi today released Redmi 5 Plus is enough for you? Are you waiting for a best successor for the Redmi king of phablets? Express your feeling in the comments section below.