Time to wave goodbye to the overused and let’s face it inferior MT6580 chipset, because even the biggest fans of this CPU – the AllCall brand, decided to look elsewhere for their upcoming new model AllCall Mix 2. And seems like they will be choosing some fairly powerful piece this time to power their phone.

Yes, according to the latest information the AllCall Mix should be running with the new Helio P23 processor and this octa-core beast with cores clocked at 2.3 GHz should be way ahead of all the previous AllCall phones. It’s actually the first time they will be using an octa-core processor, so this time the announced “brand flagship” is sounding like the real deal. 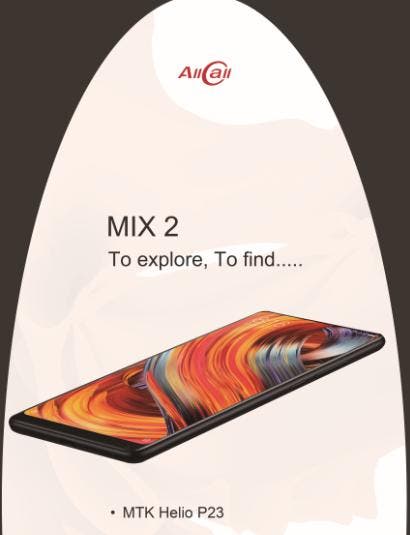 But they will surely won’t want to disappoint the fanbase with some unnecessary high price point for this model, because their modus operandi is based on the affordability and competing with low price on the market. So let’s see how they will set the price for the AllCall Mix 2, we will keep an eye on their official website to know more soon.

Next Gizchina Asks: Where the hell is the Redmi Note 5?