Earlier today, Xiaomi announced an interesting milestone for its last year’s Redmi 8 series which now has 19 million shipments globally. That’s an impressive number in less than a year thanks to 4 devices in total – Redmi 8A, Redmi 8, Redmi 8A Dual, and 8A Pro. Xiaomi made a drastic change with its Redmi numbered phones last year bringing the Redmi 8 to the low-end segment. Apparently, this strategy is giving good results and now, the company is preparing to launch the Redmi 9 on its domestic market. 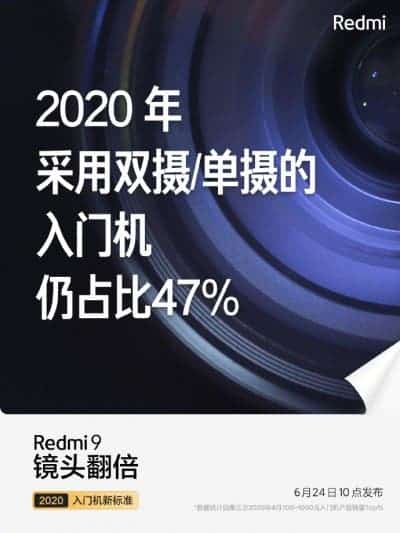 The Redmi 9 was released in Europe and the SEA region. However, the company is yet to launch the new entry-level smartphone in its domestic market. Yesterday, the company published a teaser on its official Weibo account calling its fans for an announcement. Instead of announcing the smartphone today, as suggested by the teaser, the company revealed when it will actually launch the smartphone in China. On June 24, the Redmi 9 will finally hit China, and according to Xiaomi, it will change the low-end segment.

That’s a bold claim for sure, but we have reasons to understand Xiaomi’s confidence. According to the company, 47% of the smartphones in the CNY700 ($98) and CNY 1,000 ($141) have only one or two cameras. High-end smartphones, in counterpart, are starting to play with Penta-Camera setups and 108MP sensors. The company wants to change this prospect offering a low-end smartphone with a Quad-camera setup. The Redmi 9 has a modest main camera with 13MP but also includes ultrawide, macro, and depth sensors. 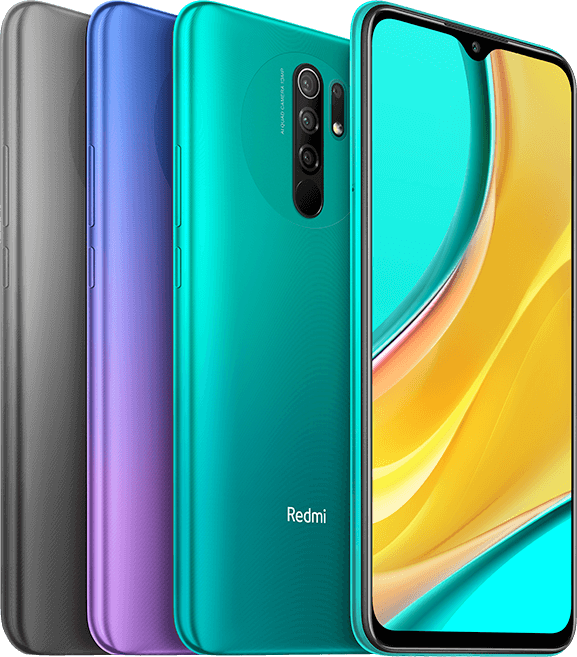 The Redmi 9 packs the MediaTek’s Helio G80 SoC. It’s a powerful Octa-Core chipset with 2x Cortex-A75 cores clocked at 2GHz plus 6x Cortex-A55 power-efficient cores. This chipset is a huge improvement over the Snapdragon 439 found in the last year’s Redmi 8 series. In Europe, the handset is available in 3GB of RAM with 32GB of storage and 4GB of RAM with 64GB of storage combos. However, the Chinese market will receive an exclusive variant with 6GB of RAM and 128GB of Storage. The device supports microSD cards allowing you to further expand the memory.

Other features include Android 10 with MIUI 11 running atop, 5,020mAh battery, and 18W fast-charging.

Next Join the tech enthusiast community at Gadgetslootbox