Do you remember the US-based phone maker BLU? It has been a while since we hear about this brand, but they’re still alive and kicking as the BLU G90 has been announced today. The handset ticks almost all the boxes when you are considering a good entry-smartphone. If you’re familiar with the UMIDIGI brand, you can see where BLU got the inspiration for the G90. However, we can pretty much see most of the trending design aspects fitting in this handset. The G90 features a full-screen design with an 18:9 aspect ratio, teardrop notch, and a decent entry-level chipset – MediaTek Heli A25.

The BLU G90 features a 6.5-inch display of the IPS LCD kind. The panel offers HD+ resolution 1440 x 720 pixels and an 18:9 aspect ration. Interestingly enough, we have a waterdrop notch for the 13MP selfie shooter. Moving around to the rear, we can see a triple-camera setup comprising a 16MP primary camera alongside an 8MP ultrawide sensor and a 2MP depth sensor. The phone also sports a rear-mounted fingerprint scanner.

Under the hood, the phone carries MediaTek Helio A25 chipset paired with 4GB of RAM and 64GB of Internal Storage. This can be further expanded via a good microSD card. Interestingly enough, the G90 runs Android 10 straight out of the box. The device draws power from a very capable 4,000mAh battery that charges via a slow 10W rate. The phone package includes a 10W charging adapter, an interesting rugged TPU case, and a glass screen protector. Moreover, it includes USB-C cable and wired earphones in the box. It has been a while since the last time we saw a company including wired earphones. 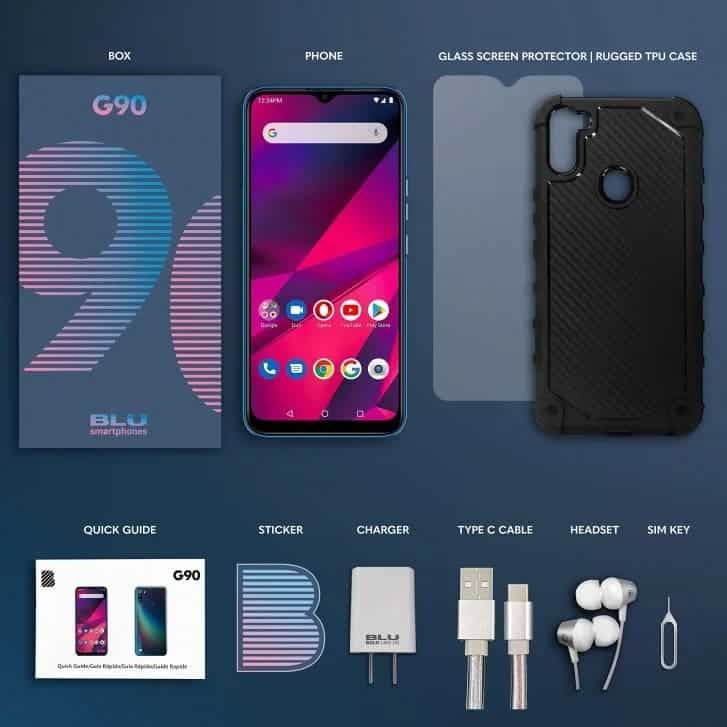 Unfortunately, the handset is only available in the US at the time of this writing. In the country, customers can get it via Amazon for just $99. According to BLU, the original price is $150 and presently it is offering a launch discount. We believe that $100 is good enough for this package of specifications. The device sells in Black, Magenta, White and Blue colors.

Now you should be thinking if this is a good device. Well, if you don’t care for future Android updates, something that is never granted in devices of small brands, then this device may serve as a good backup phone or as a gift for non-demanding people. 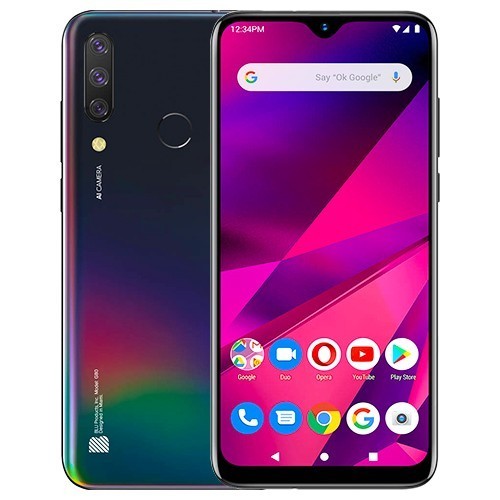 Apart from the BLU G90, the company also introduced a new G80 handset which shares most of its specs with the G90. However, the G80 packs an Helio P23 chip and a 13MP primary camera instead of 16MP. Moreover, it comes in a 3GB of RAM + 64GB of Storage combination, it’s priced at $140.

Previous Samsung Galaxy M51 will only reach India in September

New video reveals some specs of the HOMTOM P1 projector-phone