Two months ago, Google announced the existence of Oreo-based Android wearable beta. Now the company has come out to say that starting today, the Oreo update will roll out to Android wearables. Hoi Lam, a moderator at Android Wear Developers community on the social network made this announcement via a Google+ post. 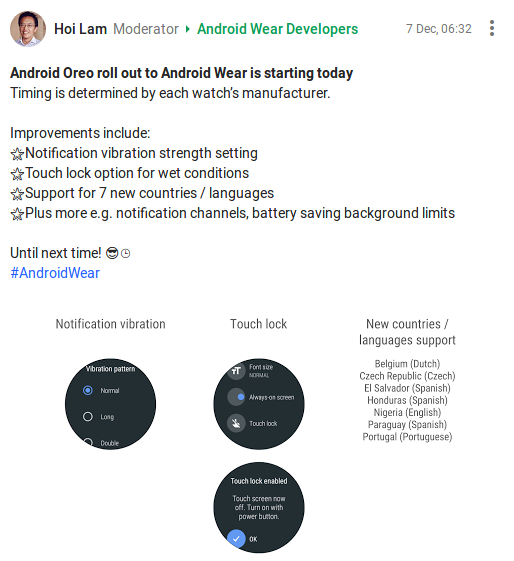 From the screenshot above, you can see that Lam also listed the improvements that come with this update which includes notification vibration strength setting, touch lock option for wet conditions, support for 7 new countries/languages (Dutch, Czech, three variants of Spanish, English, and Portuguese), notification channels, battery saving background limits and more. As of now, there is no specific mention of any device that will get this update, however, the post says that “timing is determined by each watch’s manufacturer”.

Previous LG set to launch the LG V30+ in India on Dec.13, media invites out

Next OnePlus Give Reasons For Project Treble Rejection