Ever since the explosion of the Samsung Galaxy Note7 battery, the Chinese market has never really opened up to the brand as it was before. The likes if Huawei, Xiaomi, OPPO, Meizu and other Chinese manufacturers which are rising up to the occasion to unveil flagship devices is not helping matters. However, Samsung is still among the elite in the smartphone manufacturing industry in terms of product design and performance. Recently, a Samsung dual-screen patent design appeared on the online. The current exposure shows that Samsung is still using its most adept curved screen design, but different from the current full-screen and traditional design. In this smartphone patent, the screen continues to the rear of the phone which makes it more like a “one and a half” screen smartphone which looks very innovative and has a good sense of value. 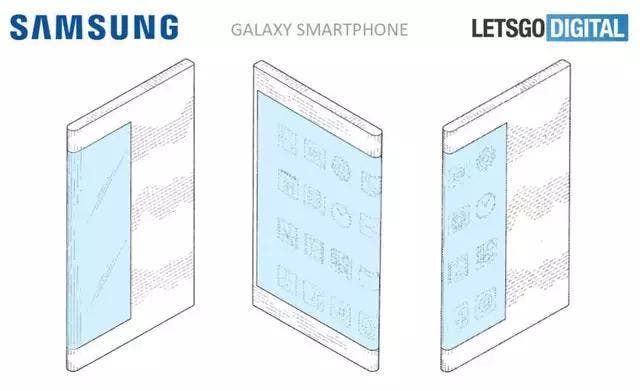 However, there are concerns that this design seems to be a bit of an advancement of the Meizu Pro 7 “painting screen” innovation which was released about five months ago. Recall that the Meizu Pro 7 comes with a rear 7.3mm AMOLED screen with a pixel density of 307PPI which takes only a small fraction (less than 30%) of the rear of the smartphone. The difference between this Samsung patent and the Meizu Pro 7 painting screen is that the former has a single screen which continues to the rear of the smartphone, curving at the edge while the latter has two independent screens. Also, this Samsung patent covers a conspicuously larger area of the rear as compared to the Meizu Pro 7.

Nevertheless, just like the Pro 7, this new Samsung device is high-end and it may be a lovely replacement for the now-trending full-screen displays. The operability of this rear screen is not known for now. Whether it will display whatever the main screen displays or it will have some other functions cannot be ascertained. But it will actually be meaningless if it displays what the main screen displays thus my guess is as good as yours, it will probably have some special features like that of the Pro 7.