After the release of Xiaomi Mi MIX last year, the company never stopped to record amazing success in different parts of the world particularly in India. As of October this year, Xiaomi has achieved an annual revenue of $100 million which is more than the theoretical target of $90 million which the company set at the beginning of the year. Now, Xiaomi has announced its largest return to customers for the year. Between December 19 – December 26 this company will be giving out a total of 100 million Yuan to its customers. 100 Yuan Xiaomi cash coupon will be given to 1 million fans. This is as a result of the fact that the company recently amassed a million Mi fans. Xiaomi also claims that these cash coupons will be given out sincerely. 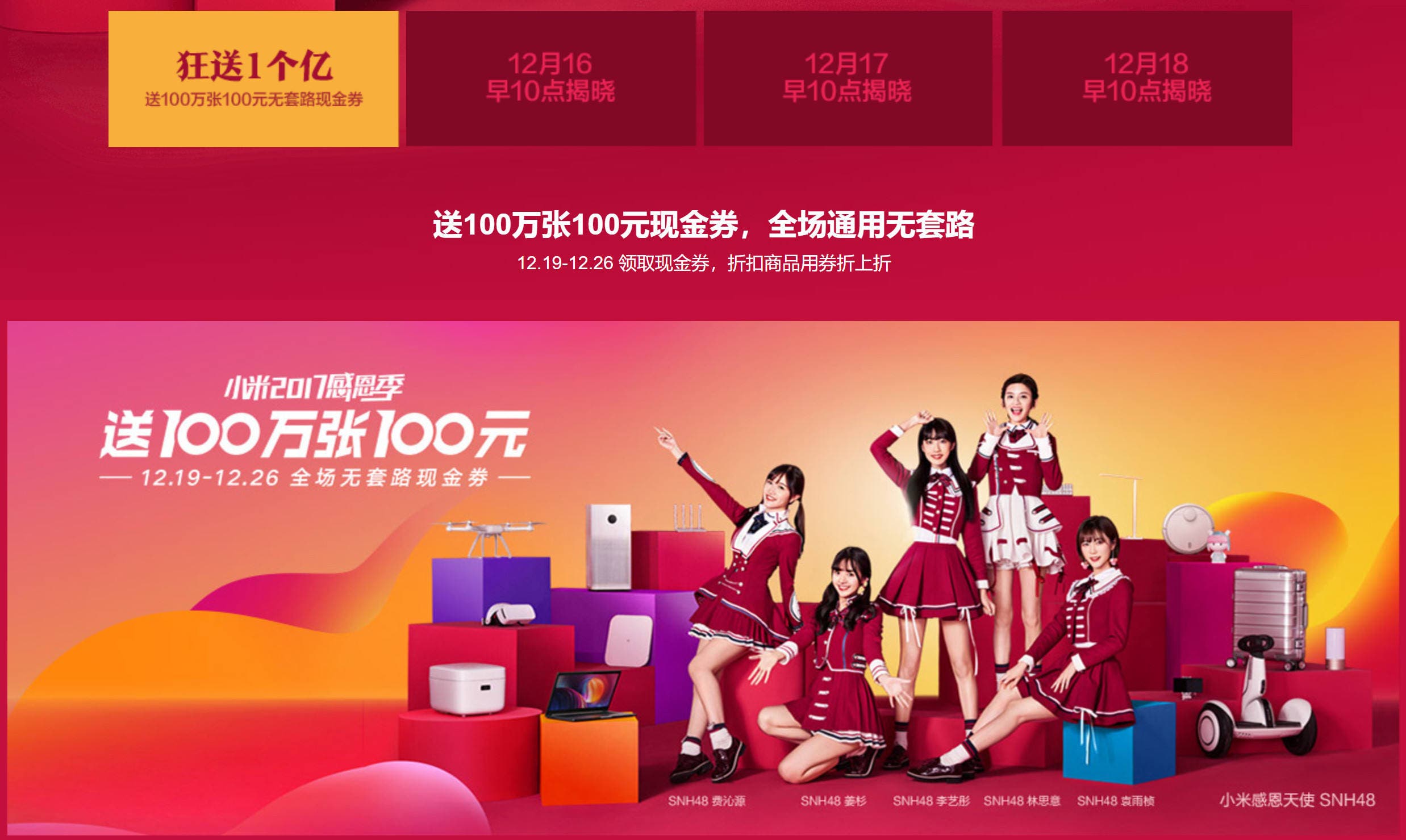 In addition to these cash coupons that will be given out, Xiaomi will announce huge discounts for the first three days. These discounts will apply to certain products as listed by the company. For you, if you grab this 100 Yuan voucher, get ready to buy one Xiaomi product or another. Maybe you may like to try out its newly released automatic folding umbrella or the noise canceling headset which hit the market about two days ago.