With Christmas around the corner, it’s time you begin to get some presents for yourself or anybody dear to you. If you want them to arrive quickly then Amazon is probably the best choice. A brand with lots of products on the leading e-commerce platform is Koogeek, which also happen to celebrate the holiday with dozens of coupons for each local Amazon store. If you’re interested then keep reading! 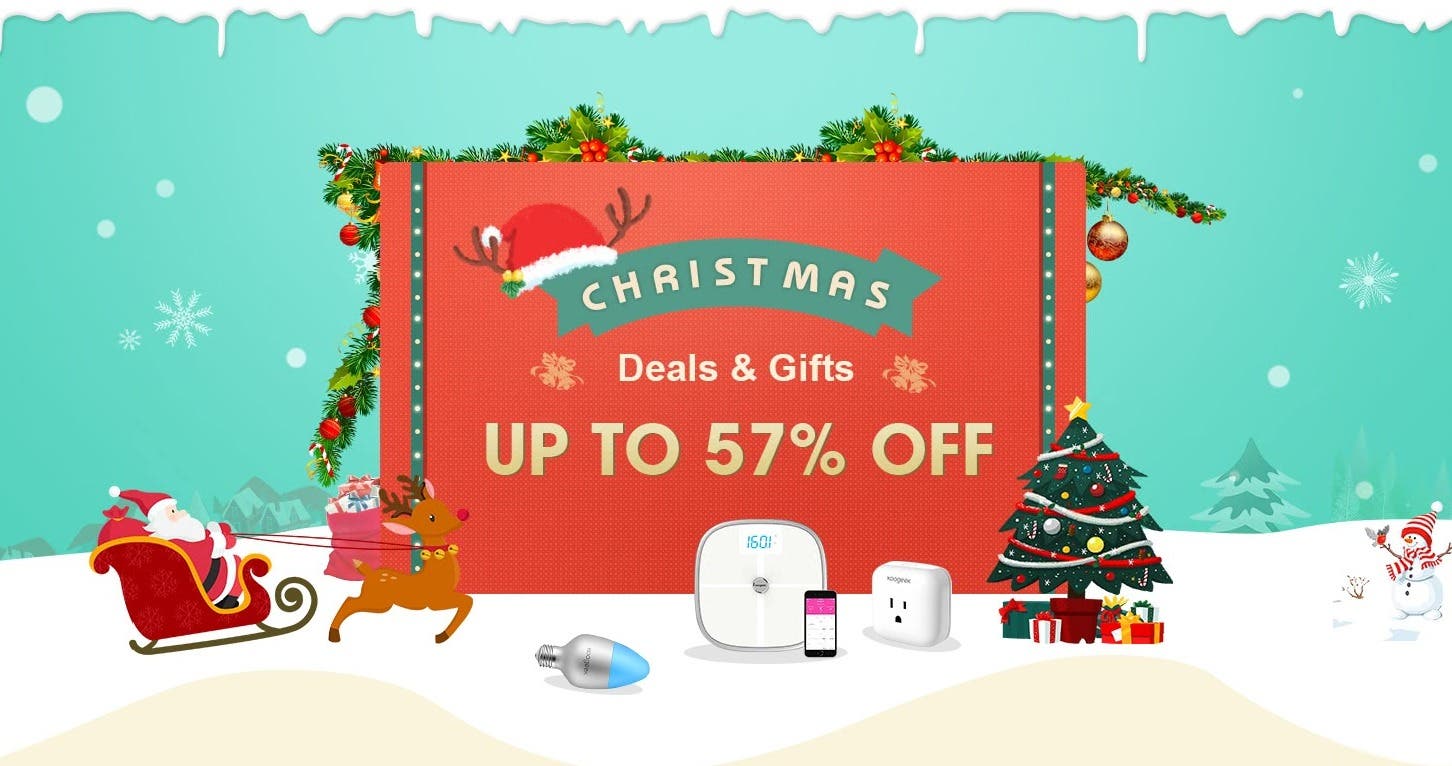 Among the many products on the site with provided coupons, we find the Koogeek P1, a smart plug that can turn off and on everything you’ve connected to it over WiFi. It does indeed work with Apple’s advanced HomeKit technology, which allows you to control it from your iPhone, iPad, iPod touch and Apple Watch or through voice commands on Siri.

Very similar to the previous product, we have another Apple Homekit Enabled Smart Light Switch. It does exactly the same thing but this time there’s only one switch so you can only control one light.

If you want to leave your home switches as they are buy you’re willing to change your light bulb, then check out the Koogeek Apple HomeKit Enabled Smart Light Bulb. As the name says, this device also works with Apple’s HomeKit framework, it’s RGB so it can produce up to 15 million colors, it’s dimmable and Siri controllable. Finally it has a maximum rated power of 8W which is equivalent to a 60W lamp.

On Koogeek’s website you’ll find plenty more deals on other super smart gadgets to simplify your life. Visit Koogeek’s Christmas Sale page to find the coupons to save some extra bucks on various Amazon stores in US, CA, ES, DE, UK and IT.