After a myriad of rumors and leaks we already know some details of the upcoming handsets from the South-Korean giant Samsung. The Galaxy S9 and S9+ are both expected to be unveiled in late February 2018 during the MWC 2018 at Barcelona. Today a huge leak comes from the realms of GeekBench showing some of the S9 Plus Specs.

According to the benchmark site listing the Galaxy S9, which is codenamed as Samsung SM-G965U1 and will pack the 2018’s flagship chipset from Qualcomm the Snapdragon 845. Worth to mention that the device may also be the very first handset to sport such processor, considering Samsung & Qualcomm’s deal for the chipset manufacture under South-Korean handwork. 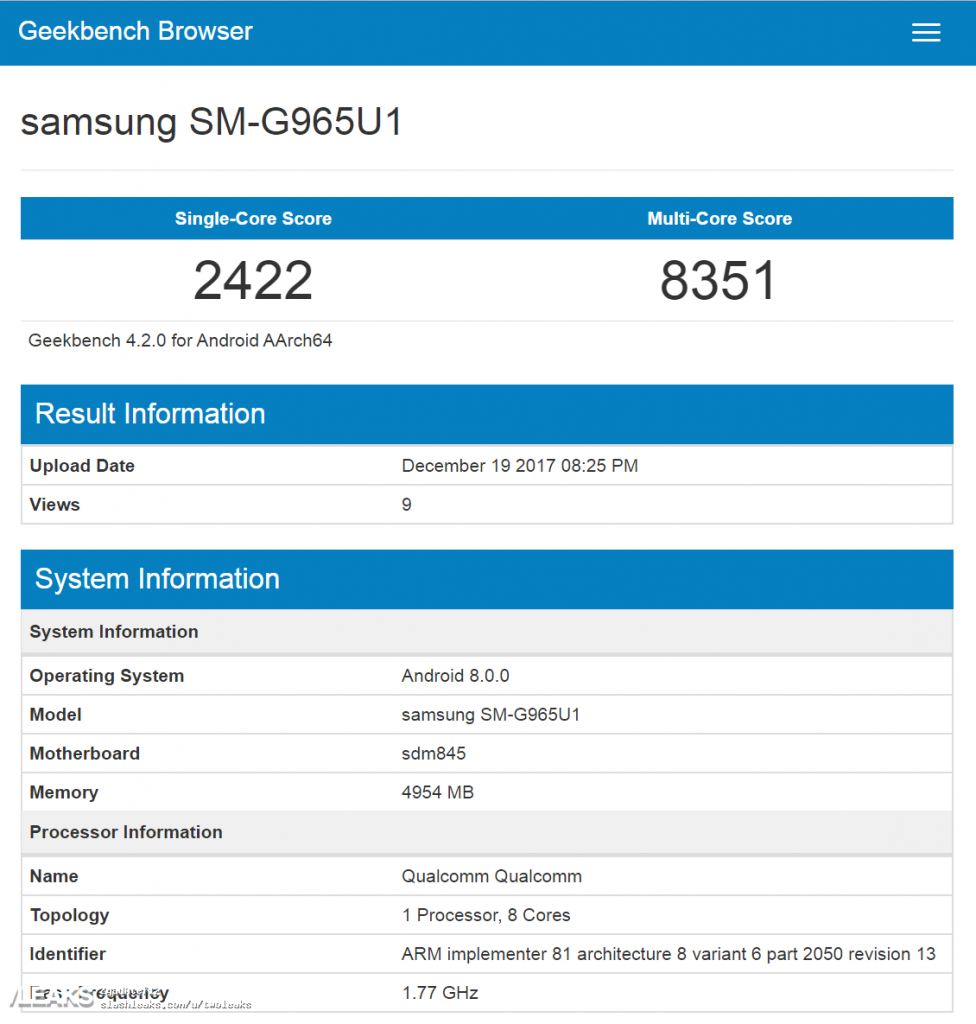 All the processing power will come paired with 6GB of RAM ensuring the best of multitasking for the owners of the S9 Plus variant. We aren’t sure if the same amount of RAM will also be found in the standard variant of Galaxy S9, specially after the confirmation of the dual-camera setup only coming in the Plus variant.

Lastly but not least, according to the leak the Galaxy S9 Plus will come running the Android 8.0.0 Oreo release. That may sound breaking for some specially when Google unveiled the full stable Android 8.1 bringing a better support for AR, a few weeks ago. However we do expect Samsung to update the handset in a shorter time, if not upgrading straightly to the next android version.

As mentioned before, both Galaxy S9 and S9 Plus are expected to be unveiled at MWC 2018 with sales starting from earlier in March. We still have at least two months until the date and the leaks are getting intense, with all the collected info do you consider the Galaxy S9 a worth upgrade from its predecessor? Don’t be shy and let us know in the comments section below.

Next Looking for a cheap laptop ? Jumper EZbook 2 is on sale and more