One of the first laptops sporting the 8th-gen Intel Core-i processors was the Xiaomi Notebook Pro launched three months back. Huawei is the most dangerous rival to any Chinese (and not only) manufacturer. So it’s quite expected the company announced a laptop with identical features too make a tough competition to the aforementioned model. Let’s get acquainted with the key features of the Huawei MateBook D.

The selling point of the Huawei MateBook D is the 15.6-inch screen with a number of impressive features such as a 1080p resolution, 3.2mm narrow border, 83% of screen ratio, 178 degree of viewing angle, 45% of NTSC color gamut, and 350 nits of brightness.

Apart from this, the Huawei MateBook D comes with a metal body at a thickness of 16.9mm and a weight of 1.9 kg. There is also a 43.3W battery providing up to 10 hours of normal use and up to 8.5 hours of a video playback. The power adapter is only 175g. So it can be carried easily. It comes with panoramic speaker system made jointly with Huawei and Dolby. You can also find two USB 3.0, one USB 2.0, and one HDMI ports on the sides. At last, this laptop supports dual-band WiFi for better connectivity. 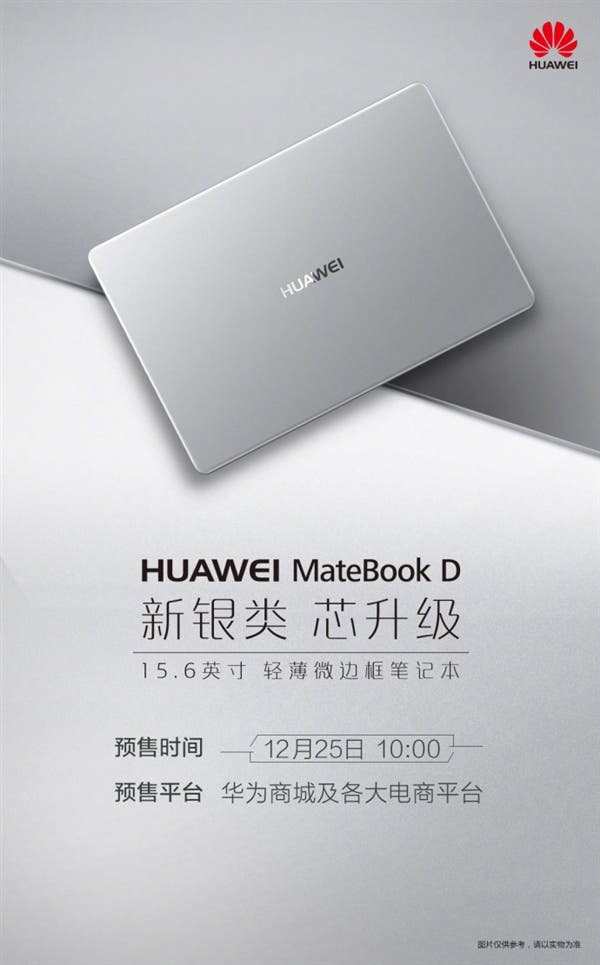 As we said, the Huawei MateBook D comes with the latest Intel Core-i processors paired with a MX150 graphics card.