Interestingly, the Smartphone’s design available on the retailer’s website matches the ones seen earlier in leaked images and specs of the upcoming device. Corroborating previous leaked specifications, the Samsung Galaxy J2 (2018) as listed on the third party site will come with a 5-inch Super AMOLED display with a qHD 540 x 960 pixels resolution and powered by a 1.4GHz quad-core Qualcomm Snapdragon 425 processor mated to an Adreno 308 GPU, 1.5GB of RAM and 16GB of expandable internal storage.

Elsewhere, the Samsung Galaxy J2 (2018) is fitted with an 8MP rear camera with LED flash and a 5MP selfie camera with LED flash. Other specs as revealed by the retailer include Android 7.1 Nougat OS, dual SIM support with standard connectivity options including 4G VoLTE, Wi-Fi 802.11 b/g/n and Bluetooth 4.1. 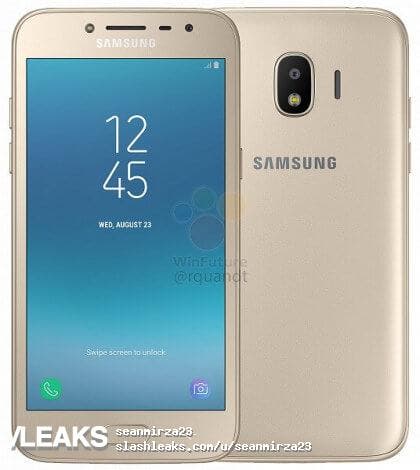 There is no word on price and availability outside Russia yet, but it is quite obvious the phone would go on sale in Russia before heading to other Countries.

Next Meizu M6S certified by TENAA?