A Meizu smartphone with the model number M172C had popped up on TENAA earlier this month. Speculations are rife that it might be the Meizu M6S. There have been leaks and rumors surrounding the M6S but there has been no word regarding the unveiling of the phone. 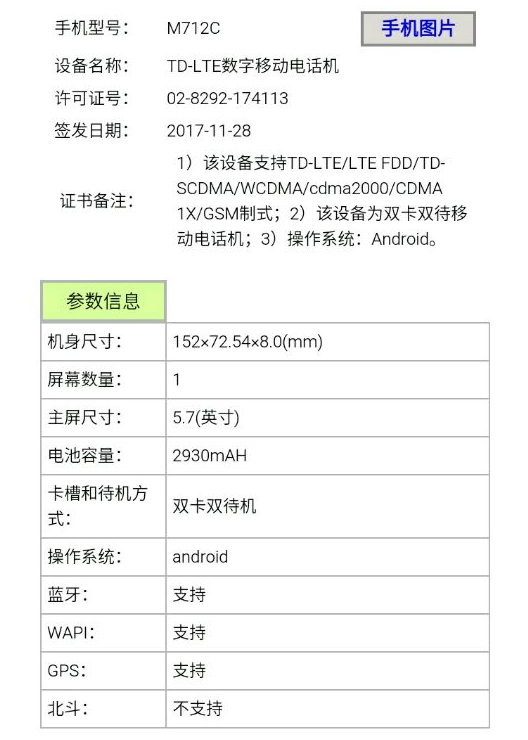 Though not a lot, the TENAA listing does reveal a few details about the alleged Meizu M6S. For one, the M172C has a 5.7-inch display and a 2,930mAh battery. Other than that, the listing talks about the various networks that the phone supports. Earlier, a hands-on video of the alleged M6S had popped up that showed a full-screen phone. The screen size seems to be a near perfect match.

All reports combined, the M6S will probably be a mid-range smartphone, with a full-screen display that supports 18:9 aspect ratio, and manufactured under the mBlu division of Meizu. Apart from this, the M6S might not feature the signature mBack button, but instead a fingerprint scanner on the mid-frame. There are reports that hint towards the lack of dual cameras. Meizu is all set to unveil the 15 and the 15 Plus next spring with no word about the M6S. There is a possibility that the M6S will get unveiled alongside them. Watch this space for more.

Previous Samsung Galaxy J2 (2018) listed on a Russian retailer site, ahead of launch.