Taiwanese company, HTC, has been quite busy this year as it unveiled the U series launching no less than five smartphones which include HTC U Ultra, U Play, U11, U11 Life and U11+. Now, there are speculations that the company is set to release a lower version of the U11+ flagship popularly called HTC Ocean Harmony. Previous reports suggest that this device will be launched in December but seeing that we are only a couple of days from the end of December, new reports now suggest that the company may announce it at CES 2018 which holds in Las Vegas from January 9 – 12. 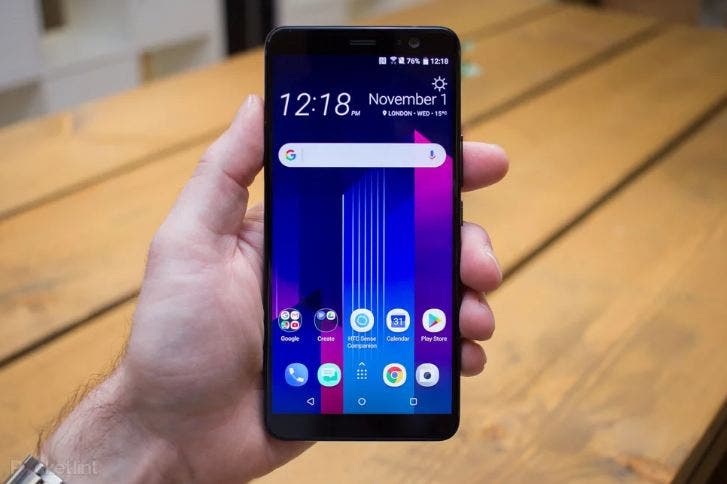 This phone is expected to come in two variants which will feature different chips. The Snapdragon 652 chipset version of the smartphone is anticipated to highlight 4GB of RAM and 64 GB of internal storage while the Snapdragon 660 chipset variant is expected to sport 6GB of RAM and 128 GB of internal memory. It will be equipped with a 5.99-inch FHD+ display, Edge Sense, 5MP dual frontal cameras, 12MP rear camera and its lights will be kept on by a 3,930mAh battery.

In other news, DigiTimes reports that HTC will be unveiling a handful of smartphones in the coming year as the company hopes to concentrate more on R&D and marketing of its phones in 2018. Recall that HTC have often been criticized for not marketing its devices properly and it appears that the company is making a change in 2018. Of the few devices to be launched by HTC in 2018, HTC U12 is one of them. DigiTimes report also showed that this flagship device will come with a 4K display, Snapdragon 845 chipset, and a dual-lens rear camera.