These days, Smartphones maker are fond of releasing new devices in a particular country under one name, and then release same later on to a more general Market under another branding. Huawei isn’t new to this either, it recently unveiled the Mate 10 Lite as the Huawei Nova 2i in Malaysia, the Huawei Maimang 6 in as the Honor 9i in India.

As per latest reports, it appears the company is on the verge of rebranding the newly announced Huawei Enjoy 7S for other markets. This was first revealed by @evleaks (Evan Blass) who tweeted a couple of hours ago that the Huawei Enjoy 7S will be offered outside of China as the Huawei PSmart.

Outside from the change in moniker, the Huawei PSmart should be essentially the same as the Huawei Enjoy 7S. It is quite possible the rebranded device will come with more color options in addition to the Black, Blue, Gold, and Rose Gold color of the Enjoy 7S.

The Huawei Psmart / Huawei Enjoy 7S has a 5.65-inch fullHD+ display with an 18:9 aspect ratio and powered by Huawei’s in-house octa-core Kirin 659 processor running at 2.36 GHz. The device is offered in two RAM and storage versions – a 3GB  RAM + 32GB of native storage, and a 4GB of RAM along with 64GB of native storage. Both versions can be expanded up to 256GB via microSD.

The device boasts of a 13MP+ 2MP rear camera with LED flash and an 8MP front-facing snapper for self-portraits and video chats. Powered by a 3000mAh battery, the Huawei Psmart boots Android 8.0 out of the box with Huawei’s EMUI 8.0 Android skin and full connectivity options including 4G VoLTE, Wi-Fi 802.11 b/g/n, Bluetooth 4.2, GPS, and GLONASS. 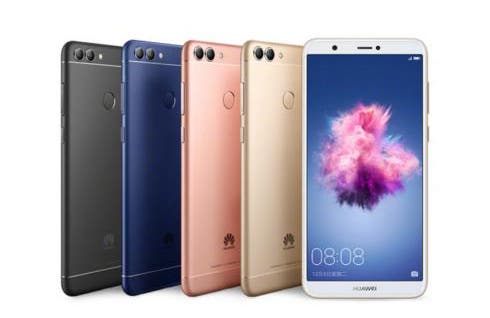 When and which markets/countries will be getting to “enjoy” the HuaweiPSmart remains to be known.