In my mind, new upstarts in the smartphone market are doomed to fail or at the very best fade into obscurity. However, I’m surprised again and again, and this time by Meiigoo, a new company that has released a Galaxy S8 clone, and now have released one based on the Note 8, unsurprisingly named the “Meiigoo Note 8”.

The Meiigoo Note 8 is a low end budget device with the looks of a Samsung Galaxy phone with minimal bezels. However, it contains the older and slower MTK6750 processor that while still respectable, shouldn’t be found in a phone like this, especially when you consider the price. Starting at $210USD without discounts, that’s an incredibly hefty price to pay for such old hardware, and this point is made particularly visible when you have a Redmi Note 4 for $170 or a Lenovo P2 for $200 (both Snapdragon 625 phones). Its currently on flash sale at Gearbest for about $160USD, a more respectable price, but one that still doesn’t scream “value for money”. 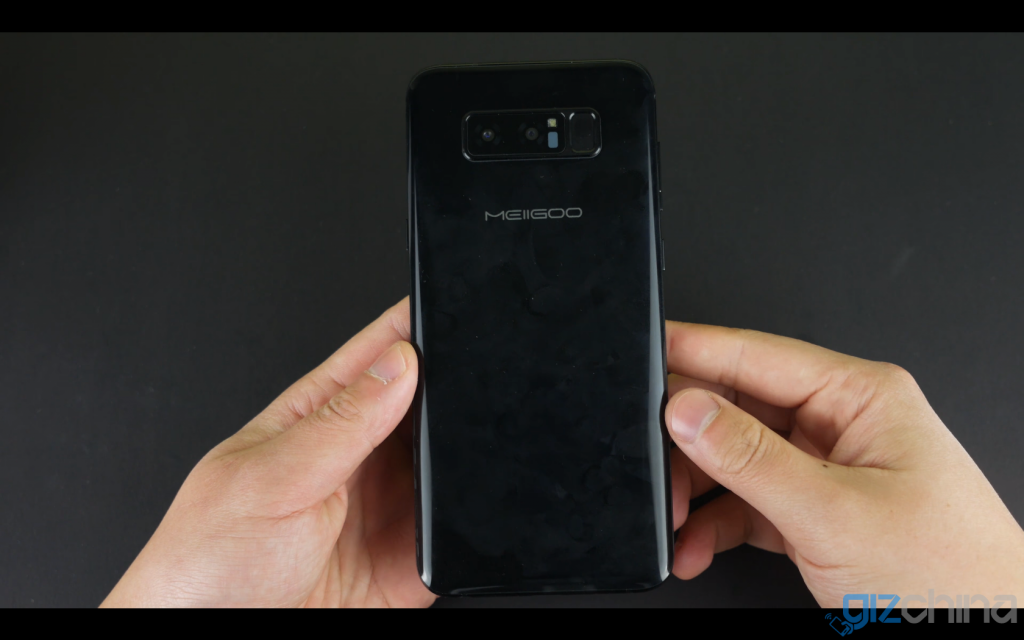 There’s good and bad to be found in the Meiigoo Note 8 here. The good is that the phone is built quite rigidly, it feels fairly durable even though it has an incredibly fingerprinty glossy plastic back.

And now the bad, the side bezels are not small, especially for one that touts to be a Galaxy Note 8 clone. If you are looking for a thin bezelled phone, I would point you instead to the Koolnee K1 which stands as a great example of how Chinese companies can and should reduce bezels, as the Koolnee K1 is one of the most bezelless Chinese phones I’ve used (minus the Mi Mix of course).

However, to put things into context, this is still a fairly compact phone when you compare this to a phone with less forward thinking industrial design such as the Redmi Note 4 or the Lenovo P2. 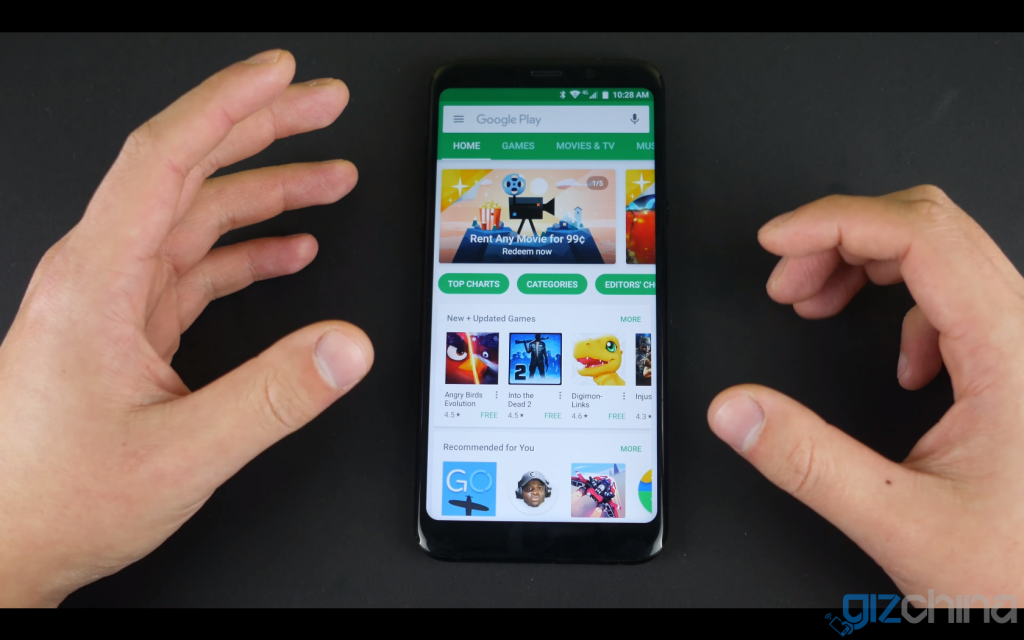 Like all other 18:9 phones, this phone is fairly narrow, not as narrow as a 5” phone, but close to what a slim 5.5” phone offers. Its height is what makes the phone unwieldy, making it impossible to reach the entire screen with just one hand (unless you’re LeBron or Edward Scissorhands). I found it somewhat difficult to place in my pocket and sit at the same time as the long phone is capable of obstructing my sitting position just by virtue of its length. In that regard it feels just as bulky as a regular 16:9 6” phone.

The back of the phone houses the camera/fingerprint sensor in the same module that sticks out of the phone, and we have a USB-C connector at the bottom, something that should be the norm but is currently not! 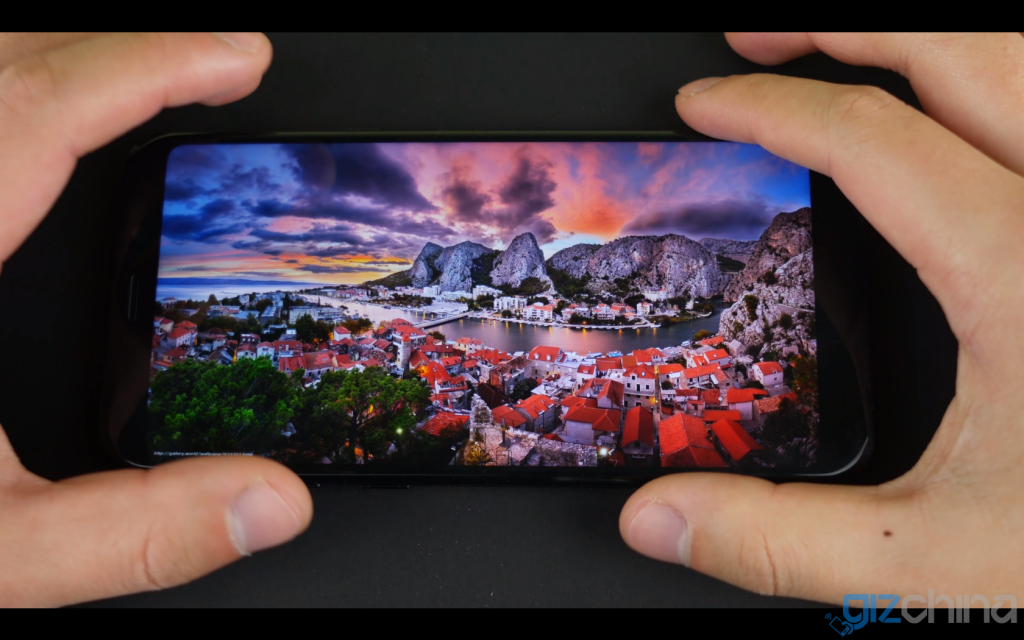 Many people consider 2K to be somewhere along the lines of 2048×1536 or 2560×1440, but the technical definition of 2K is 2048×1080. This means that the Meiigoo Note 8 has a 2K In Cell display and this display looks good. Its one of the better IPS LCD displays I’ve used in the past year, actually beating my Xiaomi Mi Note 3 (in terms of colour saturation) as this screen is very colourful, saturated, and contains a decent amount of contrast. The display also looks fairly sharp with roughly the same pixel density as a regular 1080p 16:9 display, which is more than enough for a 6” display. 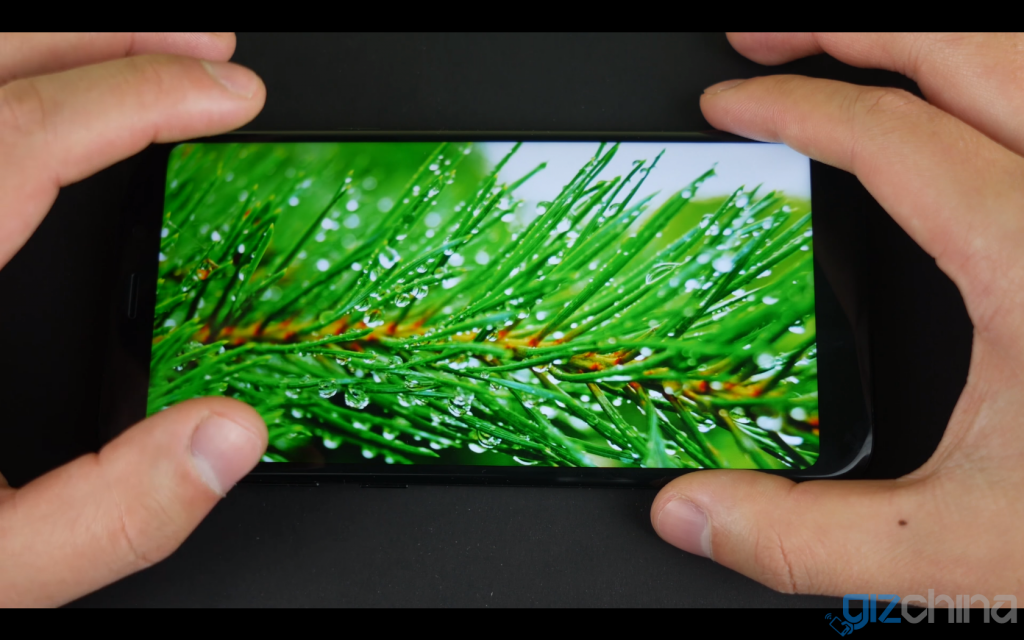 The rest of the usual display stuff is average to fine, 400 nits of brightness, Gorilla Glass 3, and great touch response.

The speakers are average in pretty much all respects, first the volume is average, it doesn’t get too loud and does get drowned out if there is constant, loud noise. Audio quality is also average, its good enough for your basic use, average clarity, average treble, however bass never gets deep or booming enough.

With a fairly small 3300mAh battery powering the older and more power hungry MTK6750 and a large 6” display, I’m not expecting great battery life from this phone. Predictably, I got about 3.5 hours of screen on time before the battery meter hit 10%, consisting of web browsing, social media, and some Youtube and gaming.

Battery enthusiasts, fanatics (aka me), and heavy users need not apply when it comes to this phone. Those with lighter everyday use won’t be disappointed here. Charging the phone takes about an hour and a half to two hours to charge.

Many reviewers will include benchmark scores in their performance section, and while those can be an indication of how fast a phone is, my opinion is that the consumer cares most about how fast the phone feels in the interface itself because that is what you spend the most time in. The speed of navigating the phone is absolutely paramount, which is why software optimization is so important, regardless of what CPU your phone uses. The next most important thing would be the speed at which you are able to launch apps, close apps, and switch between apps, as a slight hitch is enough to give consumers pause. 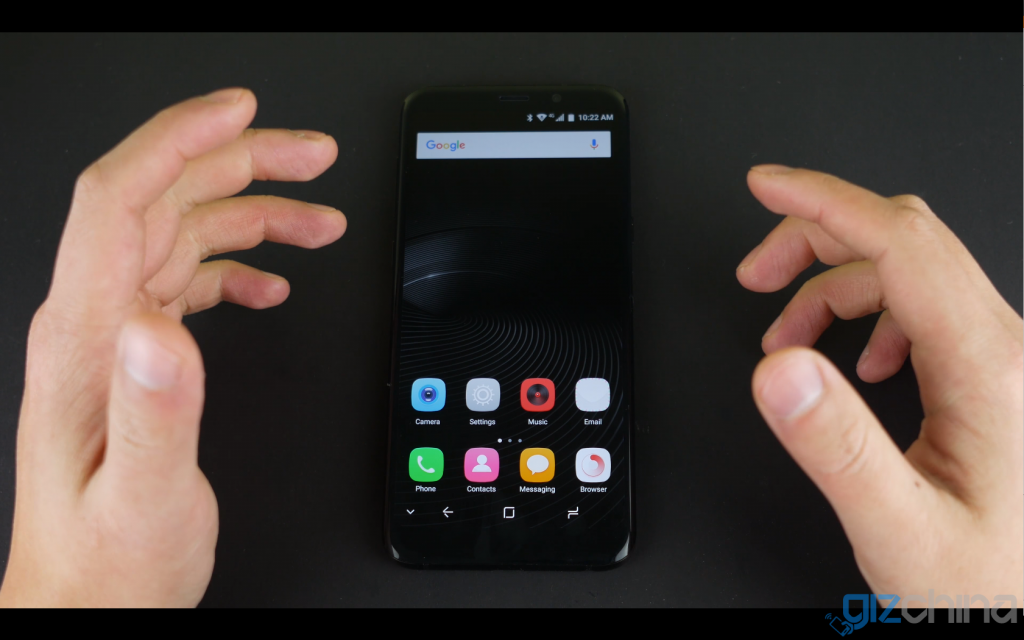 I’m glad to report that Meiigoo did an excellent job optimizing the interface, navigating the phone is silky smooth and feels very good. However, Meiigoo is bottlenecked when it comes to opening apps for the first time, as that is CPU dependent and the CPU is not very strong. You will see a slight pause when opening apps for the first time, but once its loaded into the RAM, it opens instantly the next time. 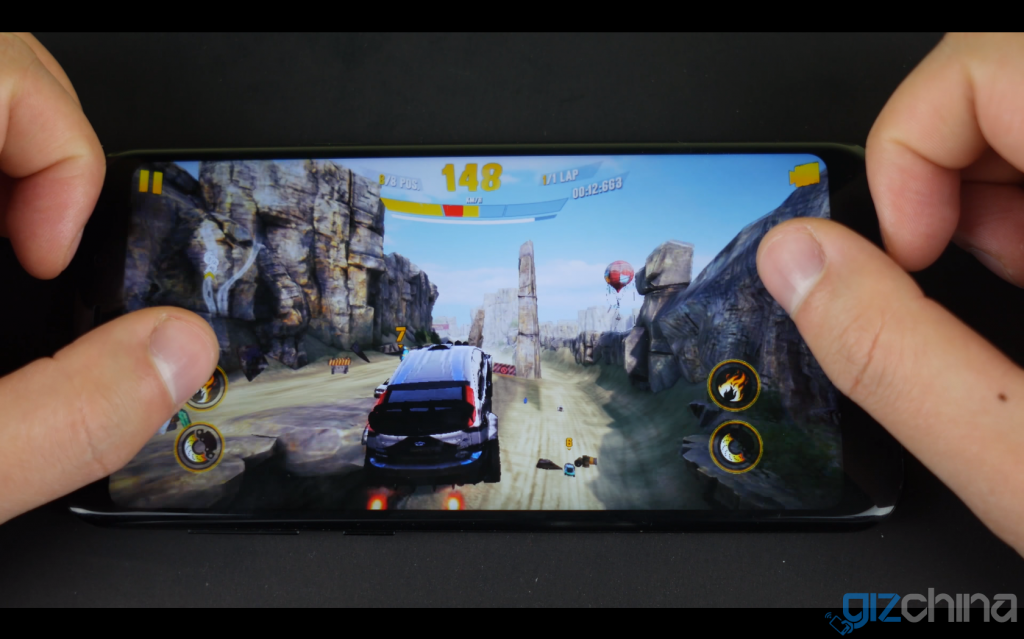 The phone can still play the latest games on lowered settings for higher framerates.
The fingerprint sensor on the back is actually fairly difficult to reach and once you do, its easy to get confused between the camera module and the fingerprint sensor. The speed and accuracy of the sensor are both average, about a 90% success rate and a slightly ponderous time period before a full unlock.

I’m quite glad to report that Meiigoo is quite strong in terms of connectivity. Where most companies are removing WCDMA network bands from their cell phones, Meiigoo has left 4 WCDMA bands in, meaning better 3G/3.5G reception in many places, especially USA and Canada. 4G connectivity is also decent with 5 LTE network bands (as opposed to the usual 4) and I get very fast network speeds in the speedtest.

WiFi and bluetooth reception are average though.

GPS reception is a mixed bag, with GPS accuracy leaving more to be desired, I jumped around maybe 4-5 times during a 1 hour drive. This didn’t really challenge the directions given, but it was a bit disconcerting at times. This phone does support GLONASS, meaning all you Russians are covered with this phone. 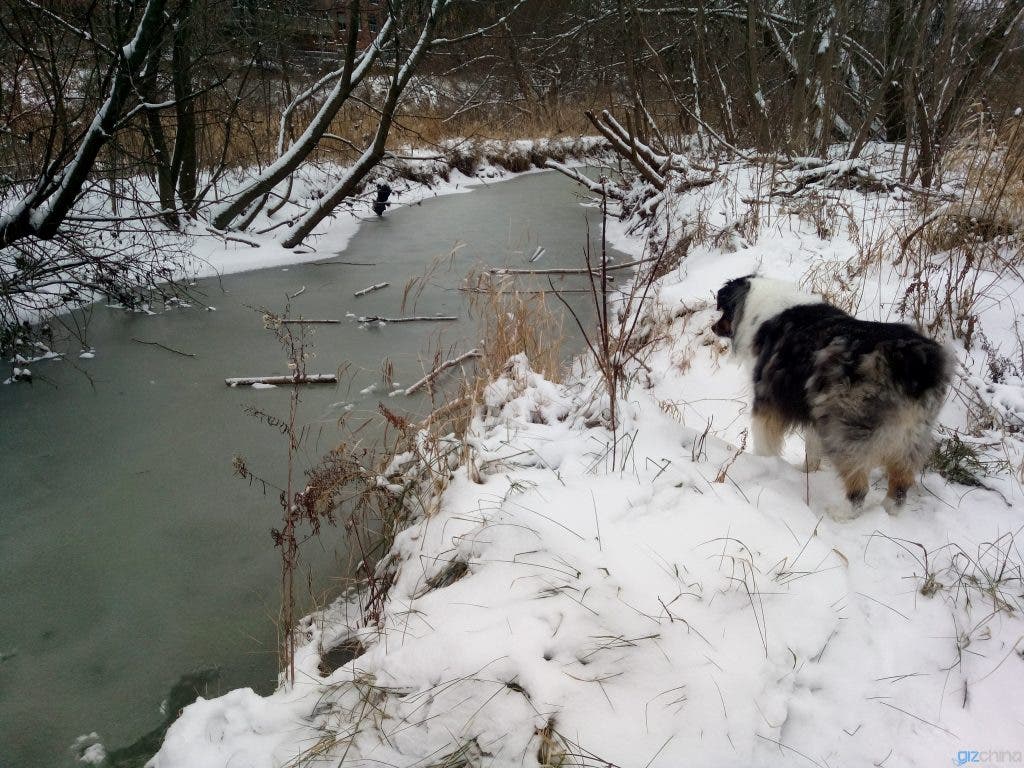 Moving on the camera, I’m fairly impressed with what I see. The camera can capture some good detail and colour saturation,  resulting in good photos in good lighting conditions, and what I was fairly impressed by was fast photography, you can capture fast moving objects without being completely horrible. However, there’s 3 areas where this camera fails, and first is HDR, this mode still washes photos out. The camera is still bad in low light, resulting in noisy and grainy photos, and third, the front facing camera is one of the worst cameras I’ve seen in a long time. 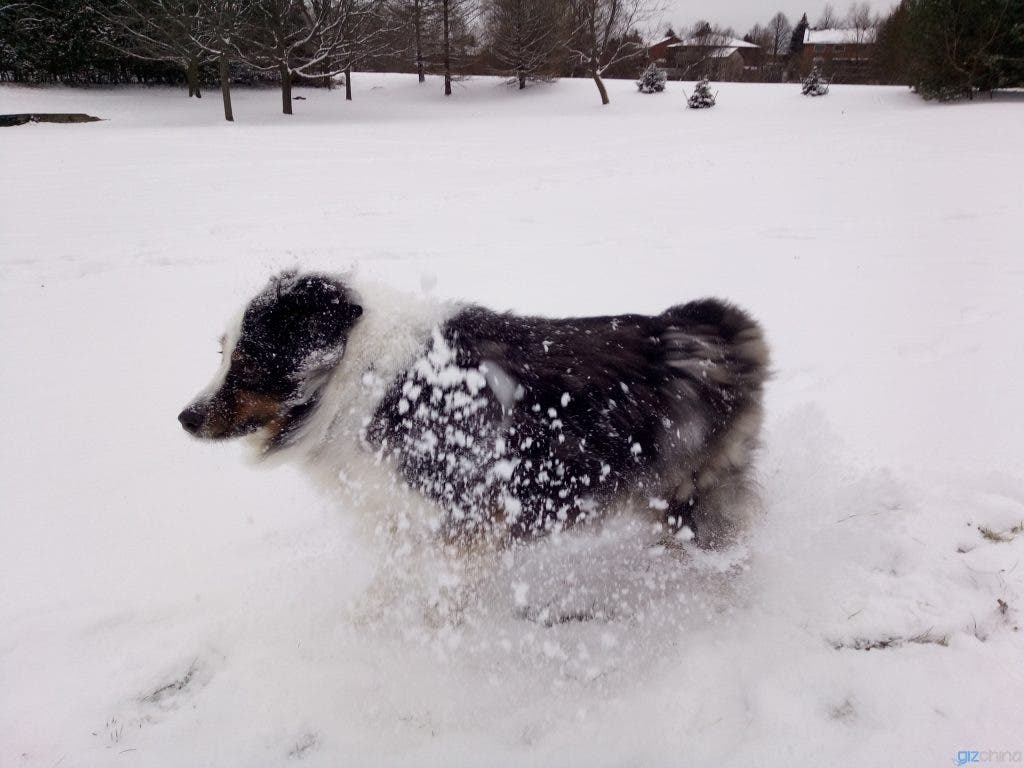 Video quality is 1080p only, and its also fairly decent, some rare artifacting here and there but passable quality.

The weakest parts of this phone are the camera and the battery, both of which could be potential dealbreakers for you if you are looking for a Galaxy clone. However, there is another issue, and that would be the size of the bezels. While the phone is fairly compact for the screen size, compare it to its namesake and you have large and unsightly bezels. This is a definitely “no buy” at $200 or over, and a tentative maybe at $160USD. Even at that price, I recommend the Koolnee K1, one of the best Samsung Galaxy S8 clones to date.

Next AllCall MIX 2 will be Featuring Fast Charging Technology