Most users pick a device based on its processor performance, amount of RAM, display quality and battery capacity. But as we all know, having a big battery is only part of the story, this crucial component also needs to get charged quickly when possible to take full advantage of it. That’s why AllCall are apparently working bringing this tech onto the upcoming MIX 2. 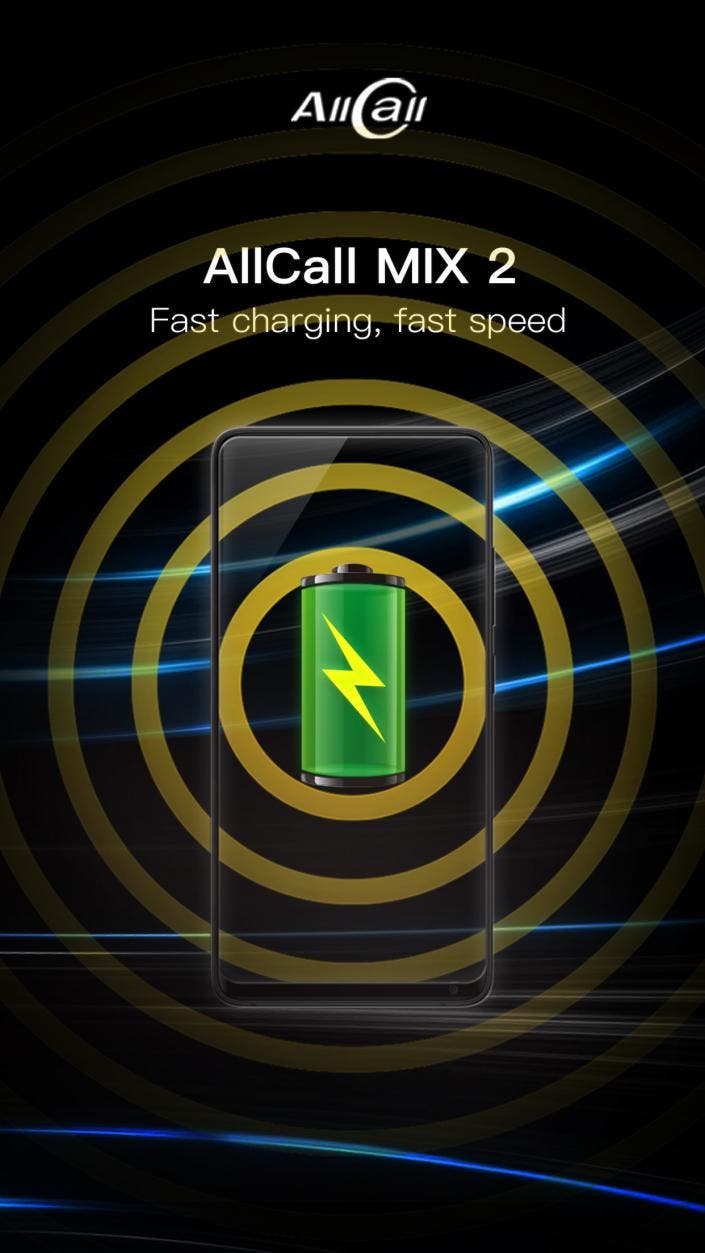 In general, we find some sort of fast charging on flagship devices, such as the Samsung S8/Note 8 series, OnePlus phones and other handsets featuring the more powerful Qualcomm CPUs and thus Quick Charge technology. Meanwhile cheaper devices usually rely on more ordinary charging speeds, unless we talk about the AllCall MIX2 which – as we previously mentioned – will be featuring fast charging.

We still don’t have the full details about the technology we’ll find on this phone but the company promises we will see a big improvement in battery charging times compared to devices without the feature.

More info about the AllCall MIX 2 will be found on the official website when available. Stay tuned!

Next LEAGOO wages war on the fake battery advertising