If you follow smartphone news closely, you’d know that the FCC is where most devices show up before launch in the US. And well, the most intriguing two devices of next year, the Galaxy S9/ S9+ have stopped by at the FCC. Now, before you jump your horses, we’d like to clarify that Samsung is not planning to launch the Galaxy S9 next month. Instead, it will stick to its schedule and a March release is more likely. However, as recent speculations suggest, they might pose for the camera at MWC 2018 in February. 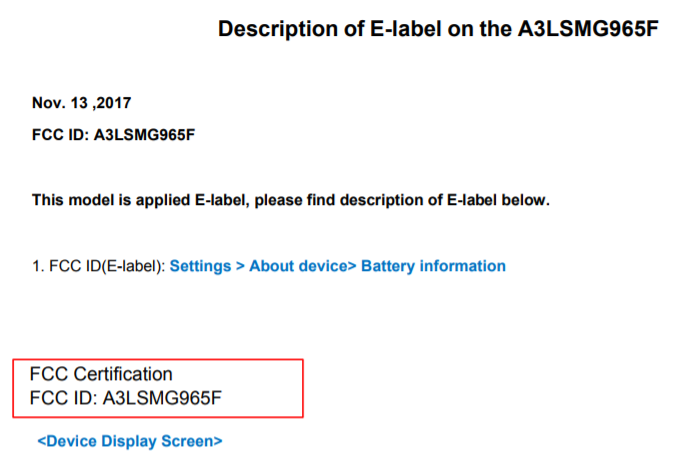 Also, you’d be disappointed if you’re waiting for some kind of image or design layout of the duo. This is because the docs were submitted way earlier in November when a final design was not complete. However, what we do know is that the model numbers for the unlocked phones will be SM-G960F and SM-G965F for the S9 & S9 Plus respectively. If anything, we’re assured by the FCC certification that all is going well with the Galaxy S9. However, there will be some more legal formalities that still need to be cleared before an eventual launch. For example, the Wi-Fi Alliance certification as well as carrier-related obstacles.

Among other related info, Samsung is said to have ordered parts of the Galaxy S9 duo to commence production. Also, a recent credible leak has also suggested that the 3.5mm headphone jack will be present on the upcoming flagships. In terms of design, we’re expecting a pretty much identical design to the Galaxy S8. There is the exception of the rear fingerprint placement and dual camera setup (for the S9 +.)

Next Blackview BV9000Pro: The Ultimate Waterproof & Rugged Phone on the Market