One of Sony’supcomg smartphones- the Sony Xperia XA2 Ultra is beginning to gain more traction. The device was recently confirmed by certified by Malaysia’s product certification body where it was confirmed to be the same as the Sony H4223 which had appeared on GFXBench a couple of months ago.

While we already know a couple of specs through a GFXBench listing, today, we are being treated with a pair of alleged live images of the upcoming Xperia XA2 Ultra giving us a first-hand look at the external aspects of the device.

These live images of the device emanated from the Chinese microblog Weibo, where most leaks from out of China emanates. The purported Xperia XA2 ultra live images as we can see below adopts a design slightly different from that of the Xperia XA1 ultra, but with same overly large bezels on both the top and bottom save for the very slim side bezels on both sides of the display. 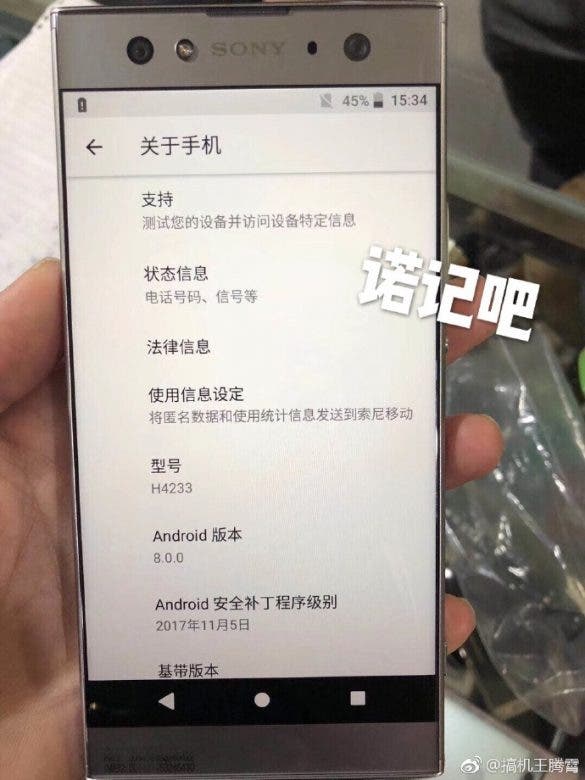 The refinement made to the device on the flip side is quite glaring, a fingerprint sensor which was one of the items not present in the XA1 ultra has now been included and centrally placed below the rear camera sensor and LED flash. Unlike the XA1 ultra, the new device appears to feature dual front cameras with LED flash. 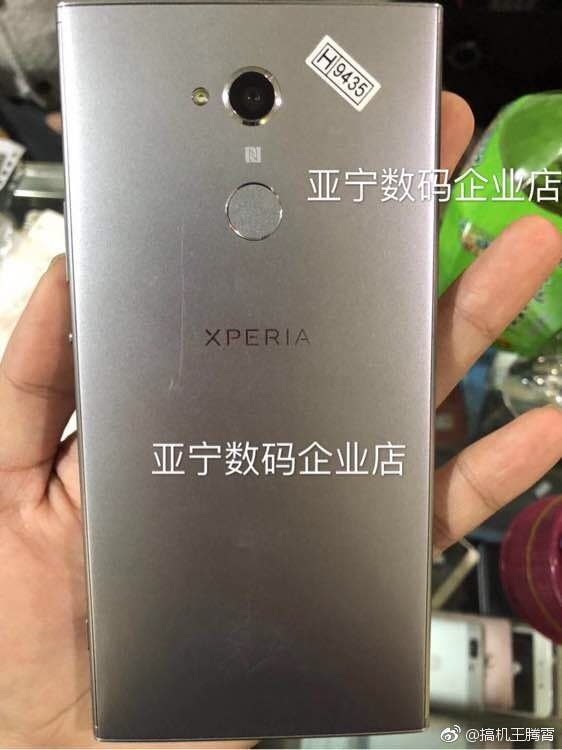 The “About Phone”  section of the device as seen in one of the images reveals that the device in question is of the same H4233 number that was earlier confirmed to be the unannounced Xperia XA2 Ultra.

As per GFXBench listing, the device is expected to flaunt a 6-inch 1080p display with Snapdragon 630 coupled with the Adreno 508 graphics, 4GB of RAM, 64GB of ROM,  21MP rear sensor a and a dual 15MP selfie cameras.