HMD Global has been in the news headlines lately as the anticipation for its Nokia 9 flagship and other rumored Nokia branded phones get intense. Few hours after the rumored Nokia 6 2018 appeared in a teaser image released by Suning, the device has now appeared on the GeekBench database, confirming some of the specs already in the public domain.

The Nokia 6 2018 with model number TA-1054  tested on the Gekkbench platform uses the Octa-Core Qualcomm Snapdragon 630 Mobile Platform with 2.21GHz clock speed coupled with 4GB and will boot Android 8.0 out of the box.

As far as performance is concerned, the Nokia 6 2018 with model number TA-1054 pulled a total of 863 and 4163 points in the single-core and multi-core tests, in that order.  While the Geekbench is usually conservative in revealing more details,  it is worth noting that the device in question was approved by China’s regulatory agency TENAA where a few other details were revealed. 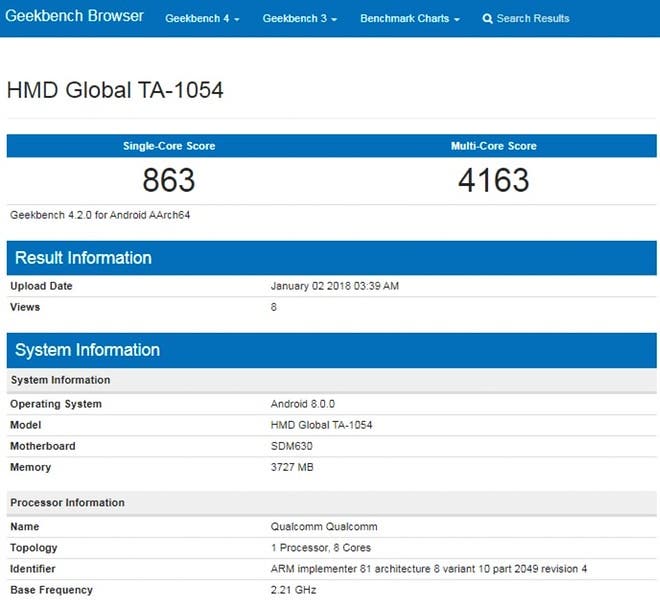 The last bit of information we had was that the  Nokia 6 2018 will be unveiled on January 5th.